The ban does not apply to portions of City-owned properties, such as restaurants, stadiums, and concert halls, that are authorized to sell alcohol.

In a statement announcing the ban, Mayor de Blasio said, “There’s no doubt that far too many New Yorkers struggle with serious substance misuse issues, among them excessive drinking.  This order banning alcohol ads from City property reaffirms our commitment to health equity and our stand to protect the well-being of all New Yorkers.”

The order only applies to new City contracts.  Existing advertising arrangements will remain in effect. 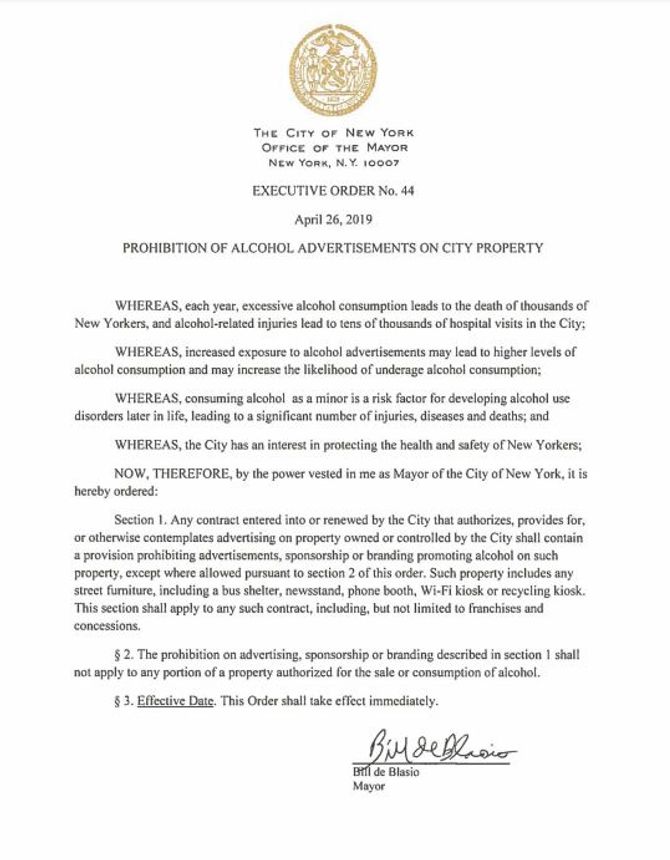