The Federal Trade Commission announced that it entered into a settlement with clothing company Lions Not Sheep Products and its owner, resolving claims that the company falsely promoted its products as being American-made.  As part of the settlement, the company agreed to pay $211,335 to the FTC and to notify their customers that the products they bought were not, in fact, made here.

Lions Not Sheep sells a variety of clothing and other products, including t-shirts, sweatshirts, jackets, sweaters, and hats.  The company sells them on its website as well as through various third party platforms.  In both its advertising and its product labeling, the company made claims such as, "Made in the USA," "Made in America," "100% American Made," and "Best Damn American Made Gear on the Planet."

The FTC alleged that, notwithstanding the company's U.S.-origin claims, the company's products are "wholly imported or contain significant imported content."  The FTC even pointed to a video that the owner of the company posted online where he explained that, "So our shirts are made in America . . . But those shirts are made in China, just like damn near every single made in America shirt you're   wearing is.  This is how it works."  And then he explains that he conceals the fact that his products are made in China by removing the original clothing tags and replacing them with tags that say they are made in the United States.

In addition to requiring a $211,335 payment, the settlement agreement prohibits the company from making false or misleading "made in USA" claims in the future and requires the company to comply with federal textile labeling rules.  The agreement also requires the company, when making qualified U.S.-origin claims, to include a clear and conspicuous disclosure that "appears immediately adjacent to the representation that accurately conveys the extent to which the product contains foreign parts, ingredients or components, and/or processing."

In announcing the settlement, Sam Levine, the Director of the FTC's Bureau of Consumer Protection, said, "Companies that slap phony Made in USA labels on imported goods are cheating their customers and undercutting honest businesses, and we will hold those companies and their executives accountable for their misconduct.  American consumers have the right to know the truth about where their clothes and accessories are made.”

What are some important takeaways from this action?

First, FTC standards about "made in USA" claims are well-established.  If you're going to make an unqualified claim that a product is made here, you must substantiate that "all or virtually all" of the product was made here.  According to the FTC's Enforcement Policy Statement on U.S. Origin Claims, this means that all significant parts and processing that go into the product should be of U.S. origin and that the product should contain only a negligible amount of foreign content.  And, at a minimum, in order for a product to be considered to have been made in the United States, the final assembly or processing of the product must take place here.  The FTC will also consider other factors, such as the total manufacturing costs that are attributable to U.S. parts and processing and how far removed from the finished product any foreign content is.  This policy was also recently codified in a Made in USA Labeling Rule, which covers product labeling and mail order promotional material (including websites).

Second, while the FTC still does close many "Made in USA" cases without taking formal action (see examples here, here, here, and here), the FTC is also clearly stepping up its enforcement efforts as well.  Just recently, the FTC brought its first enforcement action under the Made in USA Labeling Rule, obtaining a $105K settlement from a battery manufacturer.  The FTC also recently brought enforcement actions against a promotional products company ($146,000 settlement), a mattress company ($753,000 settlement), and a glue manufacturer ($1.2M settlement).

Third, it's significant that the settlement says that it's not enough for a disclosure to be clear and conspicuous.  It also has to appear "immediately adjacent" to the claim.  While the FTC may be holding the company to a very high disclosure standard here because of the allegations involved, it's certainly some indication about what the FTC's current view is on what makes a disclosure effective.  Advertisers that are relying on disclosures that are not "immediately adjacent" to the claim being modified may want to rethink how important those disclosures are and whether they are prominent enough.

Fourth, the FTC's case against Lions Not Sheep doesn't just rely on advertising claims appearing in traditional advertising materials.  In the complaint, the FTC pointed to claims made in online product listings, product labeling, a Pinterest post, an answer to an FAQs on the company's website, an Instagram video, and company replies to social media posts.  It's an important reminder that you've got to make sure your advertising claims are truthful, no matter where you make them.

And, finally, the FTC took the unusual action here of requiring the company to e-mail all of its customers to let them know that the company was sued by the FTC for making false U.S.-origin claims.  In the notice, the company is required to say, "To settle the FTC's lawsuit, we're contacting you to tell you that the product you bought was not all or virtually all 'Made in USA.'  In fact, although we screen or embroider products in the USA, many of the products we sell are imported."  If the threat of FTC action and civil penalties is not enough, how many companies are going to want to e-mail all of their customers to tell them that they have been lied to?

"American consumers have the right to know the truth about where their clothes and accessories are made" -- Sam Levine, Director, FTC Bureau of Consumer Protection 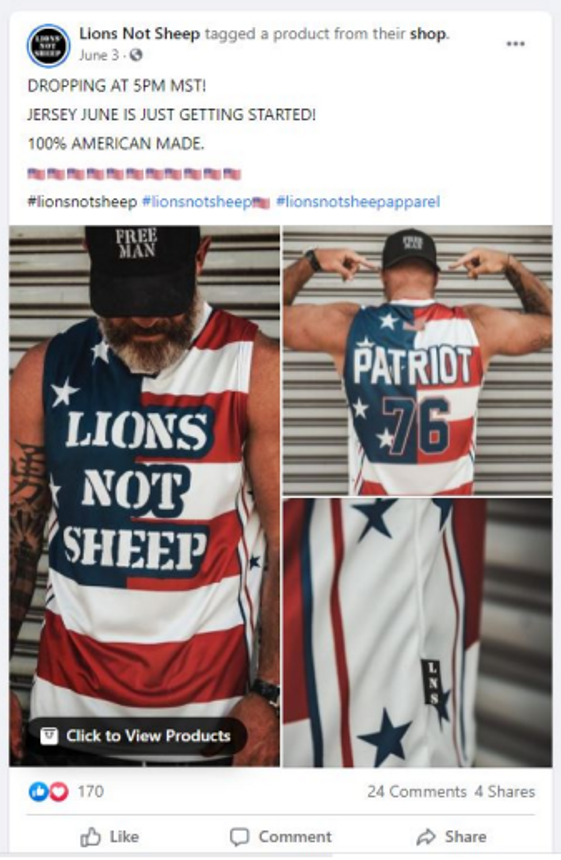