In the Federal Trade Commission's first action under its new "Made in USA Labeling Rule," the FTC charged Lithionics Battery and its owner with falsely representing that its lithium ion cells are made in the United States.  Lithionics designs and sells batteries for recreational vehicles, amusement park rides, marine applications, and low-speed electric vehicles.

In a settlement announced yesterday, the defendants agreed to stop making false "made in USA" claims and to pay a $105,319.56 civil penalty -- which the FTC says is three times the profits that the company made from using improper "made in USA" claims.

Made in USA Labeling Rule

The new rule applies not only to product labeling, but to any "mail order catalog" or "mail order promotional material" that includes a seal, mark, tag, or stamp that labels a product as having been made in the United States.  The FTC defines mail order catalogs and promotional material as "any materials, used in the direct sale or direct offering for sale of any product or service, that are disseminated in print or by electronic means, and that solicit the purchase of such product or service by mail, telephone, electronic mail, or some other method without examining the actual product purchased."

The rule codifies the FTC's longstanding Enforcement Policy Statement on U.S. Origin Claims and provides the FTC the authority to obtain civil penalties when marketers violate the rule.

In its enforcement action, the FTC charged Lithionics and its owner with labeling products with the following image, which consists of the statement "Made in U.S.A." surrounding an American flag:

The FTC also alleged that the company used the statement "Proudly Designed and Built in USA" as well.  The FTC said that these claims -- and other U.S. origin claims made by the Lithionics on its website and in social media -- were false and misleading because its batteries incorporate significant imported components.

In announcing the action, Sam Levine, Director of the FTC's Bureau of Consumer Protection, said, "As our country works to onshore production of lithium ion batteries, it’s critical that honest businesses have a chance to compete, and that consumers can buy American.  falsely labeling batteries as made in the United States is against the law, and the FTC is using its new Made in USA rule to make sure this misconduct comes with a price.”

What Does This Mean For Marketers?

Here are a few important takeaways from this enforcement action.

First, there's no question that "Made in USA" claims continue to be a top enforcement priority at the FTC.  If you're making U.S.-origin claims, you'd better make sure that they comply with the FTC's new labeling rule, as well as its Enforcement Policy Statement.  Marketers should expect that additional enforcement is coming.

Second, this week's enforcement action signals a new era of "Made in USA" enforcement, with the FTC seeking civil penalties as a result of a company making allegedly false U.S.-origin claims.  But, even more significantly, the FTC didn't just seek civil penalties; it sought civil penalties that were three times the profits the company earned from making those claims.  That's a pretty clear indication about the kinds of settlements that the FTC may be looking for in the future.

Third, it's worth noting that while this case is largely about U.S.-origin claims, it also fits within a larger agenda of addressing problematic environmental marketing claims.  With the country trying to reduce its reliance on fossil fuels, and move toward more electric-powered and other equipment, this case also indicates that the FTC is going to be looking closely at marketers who are selling environmentally preferable products to ensure that all of their claims -- not just their green claims -- are truthful and not misleading.

Fourth, don't be deceived by the name of the "Made in USA Labeling Rule."  The rule covers a lot more than just traditional labeling, such as websites and (at least some) other online material.  While the full reach of the rule may be a bit uncertain, don't assume that you're not within the rule's reach if you just avoid making claims on the packaging itself.  And, don't forget that U.S.-origin claims that aren't covered by the rule are still governed by the FTC Act and should still comply with the FTC's Enforcement Policy Statement.

"the FTC is using its new Made in USA rule to make sure this misconduct comes with a price" -- Sam Levine, Director, FTC Bureau of Consumer Protection 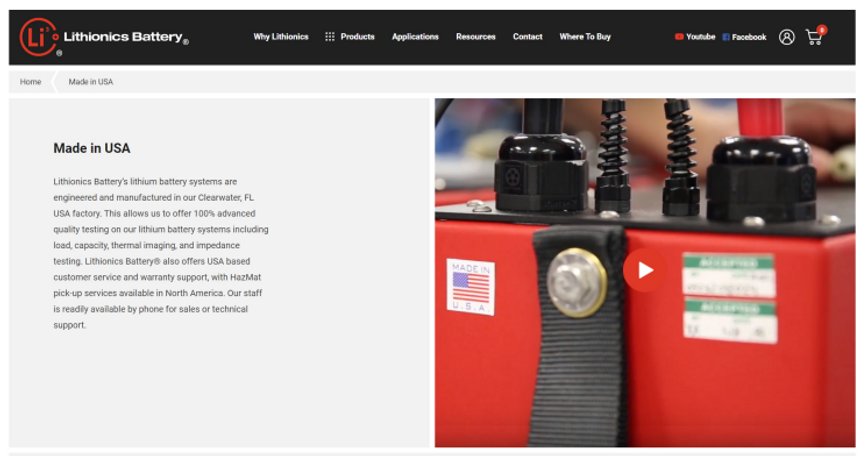