The Federal Trade Commission announced that it entered into a settlement with Resident Home, the parent company of Nectar Sleep, and Resident Home's owner, resolving charges that they made false, misleading, or unsupported claims that their DreamCloud mattresses were made in the United States. As part of the settlement, the defendants agreed to pay $753,000.

In a statement, Samuel Levine, the Director of the FTC's Bureau of Consumer Protection, said, “Baseless claims that products are made in the USA hurt not only consumers but also honest businesses that build their products here.  Unfortunately, we see too many repeat offenders like Resident Home, but thanks to the FTC’s recently finalized Made in USA Labeling Rule, companies that abuse these labels will face civil penalties in addition to other relief. We will not hesitate to seek strong penalties against Made in USA fraud.”

In 2018, the FTC entered into a settlement with Nectar Sleep over charges that the company had falsely advertised that its products were "designed and assembled in USA," even though, according to the FTC, the mattresses were wholly imported from China, with no assembly taking place int he United States.

In the action announced at the end of last week, the FTC alleged that, notwithstanding the prior consent order, Nectar Sleep and its parent company continued to make false U.S.-origin claims about its mattresses.  The FTC said that the defendants falsely claimed that their DreamCloud mattresses were "proudly made with 100% USA-made premium quality materials."

The consent order also requires that, if the company wants to make a qualified U.S.-origin claim -- such as that the product is made in the United States from foreign parts -- the qualification must appear "immediately adjacent to the representation."

The FTC's vote to issue the complaint and accept the consent order was 3-2, with Commissioners Noah Joshua Phillips and Christine S. Wilson dissenting.  In their dissent, they argued that the settlement was improper because it includes monetary remedies that the FTC is not permitted to pursue.  They wrote, "the figure obtained far exceeds any injury suffered by those consumers who saw the deceptive statement and purchased a DreamCloud mattress or any reasonable estimate of damages."

In a joint statement, Chair Lina Khan, Commissioner Rohit Chopra, and Commissioner Rebecca Kelly Slaughter defended the settlement, arguing that it is squarely within the FTC's authority.  They wrote, "the proposed monetary relief, far from being a penalty of the sort prohibited by Section 19, is reasonable and well within the Commission's legal authority."

What are some important take-aways from the Nectar Sleep settlement?

First, in the coming months and years, we should expect to see more big dollar settlements from the FTC -- and fewer settlements no monetary relief.  Second, in order to accomplish this, we're going to see the FTC use innovative and aggressive methods to get there (such as, for example, the use of Notices of Penalty Offenses, which was also announced last week).  Third, U.S.-origin claims continue to be a priority at the FTC, so marketers should exercise extra care when making claims that their products were "made" or "assembled" in the United States.  Fourth, the FTC clearly doesn't have any patience for repeat offenders.  If you've got an FTC order in place, you'd better make sure you're in compliance.  Fifth, it's worth noting that the FTC told Nectar Sleep that, in order for a disclaimer to be effective, it needs to be "immediately adjacent" to the claim that it is modifying.  That's a strong signal to all marketers about what the FTC thinks about disclaimers that are in footnotes or that are a click away.  And, finally, as we saw during the last Presidential Administration, don't expect to see a group of Commissioners that are looking for ways to build consensus.  We should expect to see more split decisions, with the Commissioners expressing diverging opinions about what the proper approach is.  And, with Commissioner Chopra leaving for the CFPB, it will be interesting to see whether, at least temporarily, the Commissioners try to look for more middle ground to try to account for the fact that the Commission will be evenly split between Democrats and Republicans until the fifth Commissioner is confirmed.

"We will not hesitate to seek strong penalties against Made in USA fraud" -- Samuel Levine, Director, FTC Bureau of Consumer Protection 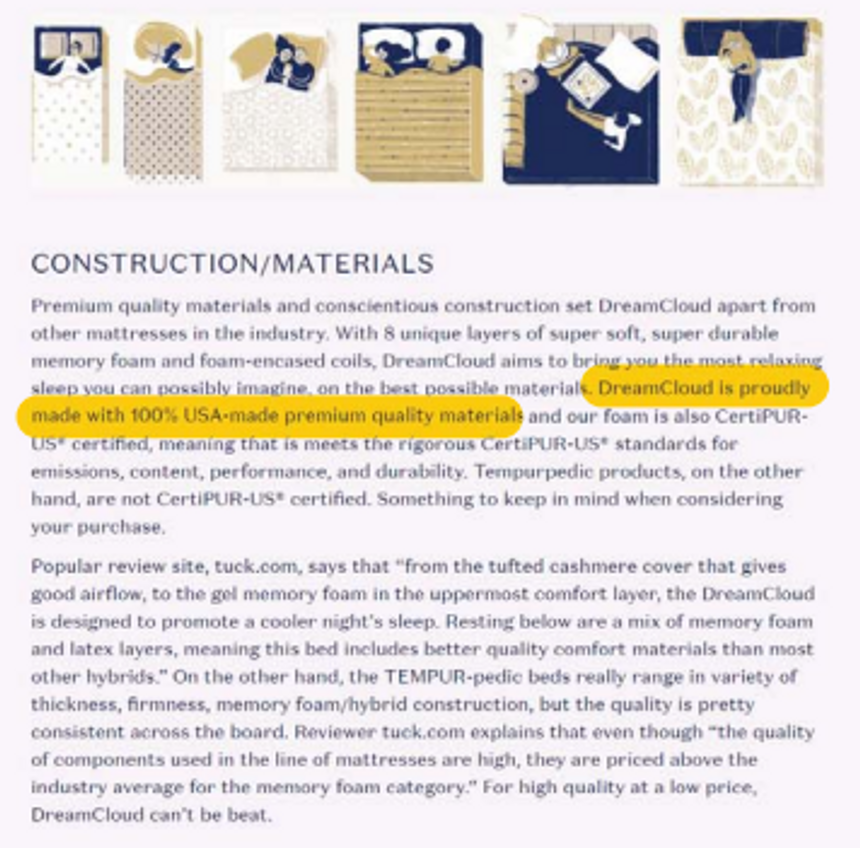