The Federal Trade Commission announced that it reached a settlement with promotional products company Gennex Media, resolving allegations that the company made false, misleading, and unsupported claims that its "Brandnex" products are made in the United States.  As part of the settlement, the company and its owner agreed to pay $146,000.

In announcing the settlement, Daniel Kaufman, the Acting Director of the FTC's Bureau of Consumer Protection, said, "This should be obvious, but you can’t say your products are made in the USA when most of them are made elsewhere.  When companies like Gennex make this false claim, they hurt both people who want to buy American and companies that really do make things here.”

The FTC alleged that although the company made claims such as "Made in USA," USA MADE," and "Manufactured Right Here in America" on its website, as well as on Facebook and YouTube, many of its products -- including wristbands, lanyards, temporary tattoos, and buttons -- are wholly imported from China.  The FTC alleged that, in some cases, Gennex Media's products "ship directly from Chinese manufacturers to consumers, without even passing through a U.S. facility controlled by" the company.

The FTC's Enforcement Policy Statement on U.S. Origin Claims requires that, before making an unqualified claim that a product is made in the United States, the marketer must be able to substantiate that the product was "all or virtually" all made in the U.S.  This means that "all significant parts and processing that go into the product are of U.S. origin" and that the product "should contain only a de minimis, or negligible, amount of foreign content."  The FTC has said that there's no "bright line" to establish when a product is made in the United States and has not provided any safe harbor percentage for marketers to rely on.

Under the FTC's "Made in USA" standard, it's also perfectly fine to make a truthful, qualified made in America claim, so long as the claim is "adequately qualified to avoid consumer deception about the presence or amount of foreign content."  The FTC has said that, "In order to be effective, any qualifications or disclosures should be sufficiently clear, prominent, and understandable to prevent deception."  It's worth noting that, in the consent order with Gennex Media, the FTC again takes the "clear and conspicuous" standard a bit further, requiring that the qualification appear "immediately adjacent to the representation."

Last month, in an unrelated action, the FTC also closed its investigation into West Coast Corporation's claims that its products, including retractable badge and key holders, were are in the United States.  The FTC said that, although the company operates a plant, designs products, and performs certain manufacturing operations in the United States, many of the products that the company sells are wholly imported or contain significant imported components.

"This should be obvious, but you can't say your products are made in the USA when most of them are made elsewhere" -- Daniel Kaufman, Acting Director, FTC Bureau of Consumer Protection 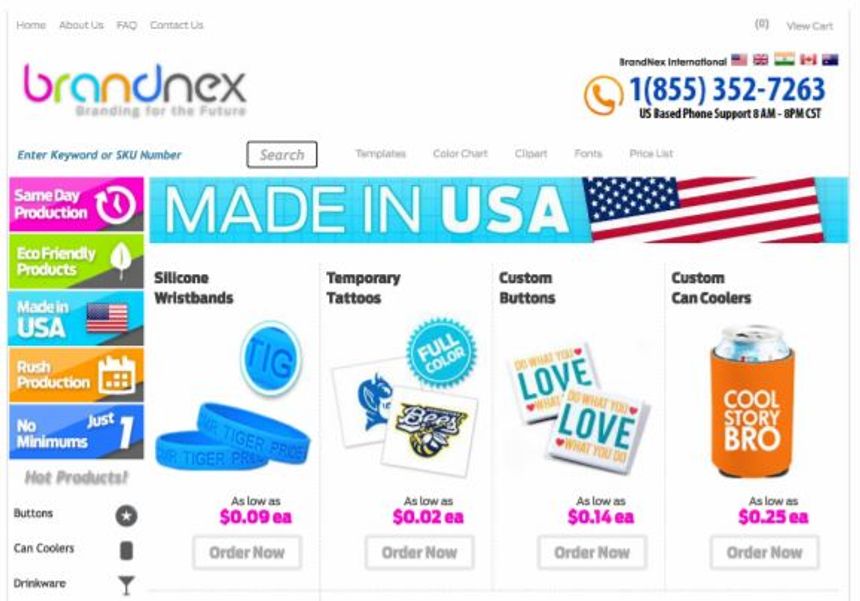