The Federal Trade Commission recently closed an investigation into "Made in USA" claims made by the furniture and housewares retailer Crate and Barrel.  While the FTC's closing letter doesn't break any new legal ground, it does provide some interesting insights into the types of steps that retailers should take to substantiate their U.S.-origin claims.

In its investigation, the FTC expressed concerns about "Made in USA" claims that Crate and Barrel made about drinking glasses, in light of the fact that they had "significant imported content."  In addition, the FTC expressed more general concerns relating to the advertiser's "process for ensuring the accuracy of country-of-origin claims across the Company's website."

In its Enforcement Policy Statement on U.S. Origin Claims, the FTC says that advertisers should not make an unqualified "made in USA" claim about a product unless they can substantiate that the product is "all or virtually all" made in the United States.  This means that "all significant parts and processing that go into the product are of U.S. origin" and that the product should contain only a negligible amount of foreign content.  In addition, the FTC says that an advertiser should not claim that a product was made in the United States unless the final assembly or processing of the product took place there.

The FTC also recently promulgated a Made in USA Labeling Rule, which codified the FTC's "all or virtually all" standard, and which gives the FTC the authority to seek civil penalties from companies that violate the Rule.  The Rule only applies to product labeling, mail order catalogs, and mail order promotional material, however.  Significantly, though, the FTC defines mail order catalogs and promotional material as "any materials, used in the direct sale or direct offering for sale of any product or service, that are disseminated in print or by electronic means, and that solicit the purchase of such product or service by mail, telephone, electronic mail, or some other method without examining the actual product purchased."

In its closing letter, the FTC said that, in response to its inquiry, Crate and Barrel removed all U.S.-origin claims from its products, as well from its sales and advertising platforms, pending receipt of manufacturer or supplier declarations substantiating such claims.  So, what does the FTC expect retailers to do in order to substantiate "Made in USA" claims?  Here's what Crate and Barrel committed to:

In connection with the investigation, Crate and Barrel also confirmed that it would comply with the  country-of-origin labeling requirements set forth in the Textile Fiber Products Identification Act and its implementing rules.

What's the important take-away from this closing letter?  Marketers shouldn't just repurpose U.S.-origin claims provided by their suppliers without ensuring that those claims are properly substantiated.  They should ensure that they've got (a) proper documentation from suppliers substantiating those claims, (b) contracts in place with suppliers that require them to keep the substantiation current, and (c) procedures in place to ensure that the claims are recertified by suppliers on a regular basis.

And, why didn't the FTC bring an enforcement action against the company, using its new authority under the Made in USA Labeling Rule to seek civil penalties?  There's no way to know what went into the FTC's decision-making here.  But, with the FTC still down one Commissioner -- and with the current Commission split 2-2 along party lines -- it may very well be that we don't see big changes in the FTC's approach to "made in USA" enforcement until that final Commissioner is confirmed.

"all or virtually all" 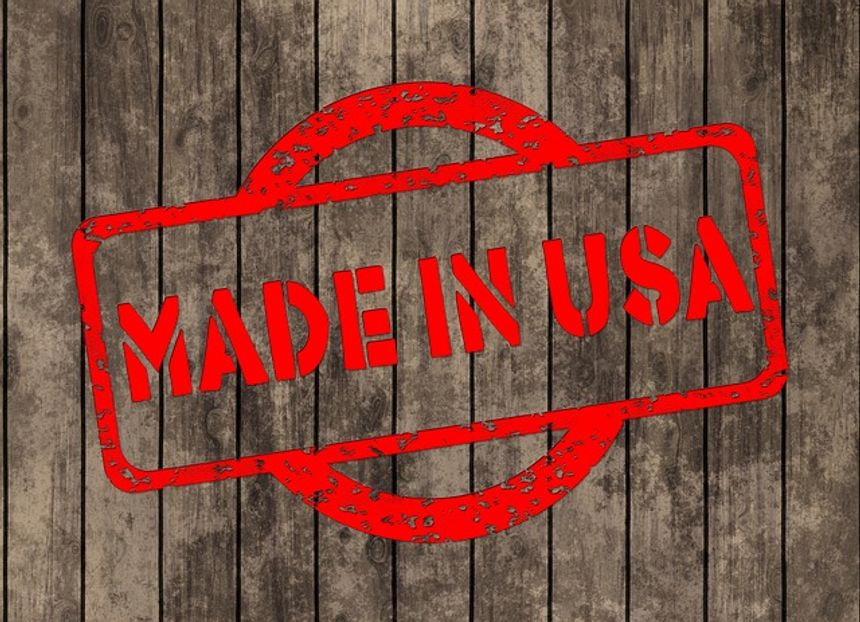