Although the United States celebrates its founding each year on July 4th, the Federal Trade Commission -- the federal agency primarily charged with enforcing the nation's consumer protection laws -- focuses on what it means to be "made in America" all year long.

The FTC's longstanding Enforcement Policy Statement on U.S. Origin Claims says that if a marketer is going to make an unqualified U.S.-origin claim about a product, the marketer must be able to substantiate that the product was "all or virtually" all made in the United States.  That means that "all significant parts and processing" that go into the product are of U.S. origin and that the product only contains a negligible amount of foreign content.

In order for a product to be considered "all or virtually all" made here, at a minimum, the final assembly or processing of the product must take place in the United States.  Then, the FTC will consider other relevant factors, such as the portion of the product's total manufacturing costs that are attributable to U.S. parts and processing, and how far removed from the finished product any foreign content is.

Made in USA Labeling Rule

Last July, right before the July 4th holiday, the FTC adopted a new Made in USA Labeling Rule, which codifies the standards set forth in the Enforcement Policy Statement.

The rule applies not only to product labeling, but to any "mail order catalog" or "mail order promotional material" that includes a seal, mark, tag, or stamp that labels a product as having been made in the United States.  The FTC defines mail order catalogs and promotional material as "any materials, used in the direct sale or direct offering for sale of any product or service, that are disseminated in print or by electronic means, and that solicit the purchase of such product or service by mail, telephone, electronic mail, or some other method without examining the actual product purchased."

Significantly, now that the FTC's "Made in USA" standard has been incorporated into an FTC rule, the agency has the ability to seek civil penalties when the rule is violated.

The FTC brought its first enforcement action under the Made in USA Labeling Rule last spring, obtaining more than $100K in civil penalties in a settlement with a battery manufacturer who the FTC said falsely claimed that their batteries were "proudly designed and build in USA."

The FTC aggressively enforces its "made in USA" standard, targeting a wide range of products, such as mattresses, drinking glasses, clothing, furniture, and umbrellas, to name a few.  And, in a number of cases, the FTC has sought significant damages or penalties as well, such as the (relatively) recent case against glue maker Chemence, where the company agreed to pay $1.2 million.

Over the last month, in fact, the FTC closed several investigations into companies over their U.S.-origin claims.

In a June 2, 2022 closing letter, the FTC said that it looked into claims that Streamline Washdown Equipment overstated the extent to which certain of the company's industry spray nozzles were made in the United States, in light of the fact that they incorporated "significant imported content."  In closing the investigation, the FTC noted that the company removed all U.S.-origin claims from its products and marketing materials and required its dealers and distributors to do the same.  Interestingly, the company also said that, in the future, it would not provide its products to noncompliant dealers and distributors.

In a June 29, 2022 closing letter, the FTC expressed concerns that Altronix Corporation overstated the extent to which the company's power supply and electronic products are made in the United States, in light of the fact that certain of its products incorporate "significant imported components," some products are "wholly imported," and some products are bundled with imported goods.  In order to avoid deceiving consumers, Altronix implemented a remedial action plan which included removing unqualified claims from all marketing materials, introducing qualified claims for products that are substantially transformed in the United States but incorporate more than a de minimis amount of foreign content, reviewing origin claims for product bundles, reviewing and updating social media, and directing distributors to update or remove U.S.-origin claims.

And, in another June 29, 2022 closing letter, the FTC expressed concerns that Grado Laboratories' marketing materials may have overstated the extent to which the company's headphones and audio products are made in the United States.  The FTC said that, although the company assembles many products here, they include more than a de minimis amount of foreign imported content. The FTC explained that while it is appropriate for Grado to promote the fact that it has employed workers and performed certain functions in Brooklyn for many years, "depending on the net impression conveyed, the Company may need to include prominent qualifications to avoid implying that the products advertised are 'all or virtually all' made in the United States, unless that becomes the case."  The FTC also told the company that, "to the extent that Grado continues to offer wholly imported products, the Company should tailor any claims of U.S. assembly to the products to which they relate, and take care not to imply they cover all Company products."  To avoid deceiving consumers, the company agreed to implement a remedial action plan, which included removing unqualified "Made in USA" and "Hand-Built in Brooklyn" claims from all marketing materials, introducing qualified claims clarifying that products incorporate imported parts, sending labels to dealers to cover outdated claims on inventory at hand, instructing dealers to update marketing materials, updating label artwork and social media posts, updating social media platform materials, training staff, and requesting updates to product reviews, where needed.

"depending on the net impression conveyed, the Company may need to include prominent qualifications to avoid implying that the products advertised are 'all or virtually all' made in the United States, unless that becomes the case" 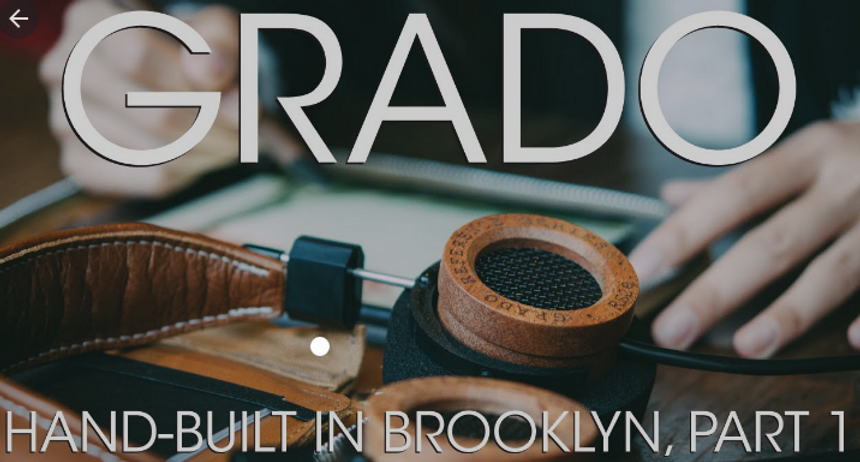