BenShot and Lucky Shot USA both sell drinking glasses with bullets embedded in the side of the glass.  BenShot sued Lucky Shot USA in federal court in Wisconsin, alleging that the defendant falsely promoted its products as having been made in the United States, in violation of the Lanham Act and Wisconsin unfair competition laws.

Lucky Shot markets its bullet-embedded glasses as being "Made in the USA."  Apparently, the glasses themselves (with their indentations) are made in China, but the bullet is glued into the glasses in the United States.  There's also some dispute about the extent to which the bullets themselves are American-made and the extent to which at least some of the products are entirely made in China.

Lucky Shot made various arguments in support of its motion for summary judgment, including that its "Made in USA" claim is not literally false.  In order to state a claim for false advertising under the Lanham Act, a plaintiff must prove that the defendant made a false statement of fact, which can be either literally false or be ambiguous (but which creates a false impression).  When a statement is ambiguous, the plaintiff must meet a higher standard, by demonstrating actual consumer confusion.

Here, the court found that the plaintiff had presented sufficient evidence to support a finding of literal falsity.  Quoting from the FTC's Enforcement Policy Statement -- which the court said "commands deference from the judiciary" -- the court wrote, "A product that is all or virtually all made in the United States will ordinarily be one in which all significant parts and processing that go into the product are of U.S. origin.  In other words, where a product is labeled or otherwise advertised with an unqualified 'Made in the USA' claim, it should contain only a de minimis, or negligible, amount of foreign content."

Looking to FTC guidance, the court concluded that there is "a strong argument that Defendants' Lucky Shot glasses fall well outside the FTC guidelines for asserting such a claim."

First, the court said that the Lucky Shot's products do not have a "negligible amount" of foreign components, since the glassware for every product is manufactured entirely in China and the indentation into which the bullets are glued is also done in China.  In addition, for some glasses, the bullets may have been made in China, and for others, the entire product may have been made entirely in China.  The court concluded, then, that "the finished foreign components comprise the bulk of each individual product, both in actual volume and in manufacturing costs."

Second, the court held that "the foreign component is not remote to the final product because it is no more than one step removed from the final product in any of the glasses in question."  The court explained that, "These are foreign-made drinking glasses being shipped to the United States for the addition of what amounts to no more than a decorative feature."  Noting that the addition of a bullet does not change the function of the glass, the court concluded, "to follow Defendants' reasoning that the simple act of gluing a decorative add-on onto an otherwise complete, functional product qualifies as a substantial transformation would arguably render the designation of origin almost meaningless."

Although the case is still ongoing, it's not surprising that the court let the case continue -- in light of how little of the product is actually made here.  What is surprising, though, is how heavily the court relied on FTC guidance to come to that conclusion. 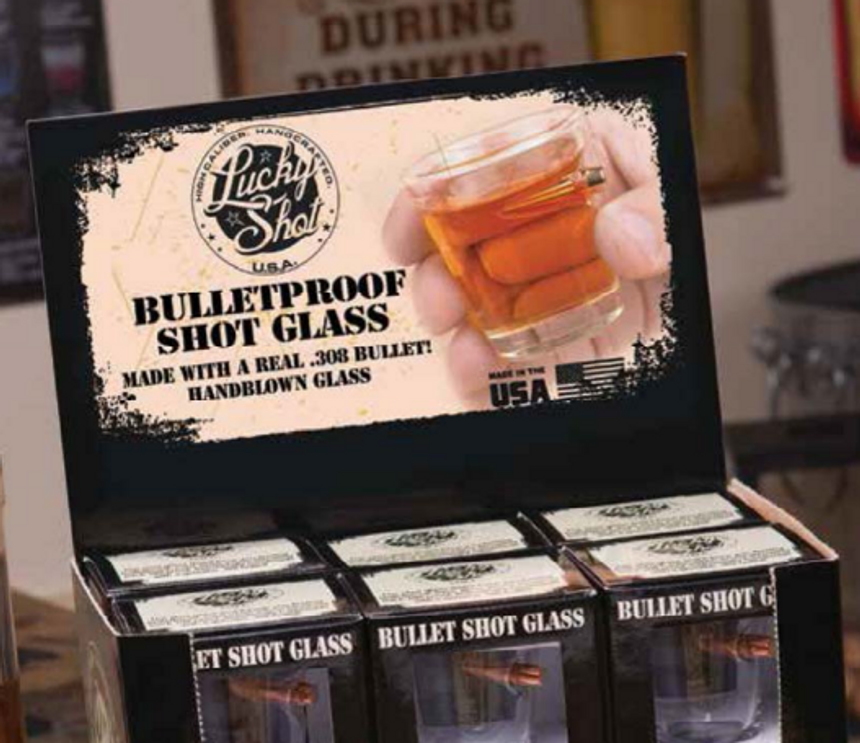