In a recent case, NAD examined claims made by P&G for its plant-based laundry detergent, Tide purclean, as challenged by competitor Seventh Generation.  Although NAD addressed a number of issues, this post will focus on the issues relating to P&G’s “plant-based” claims which the advertiser used in different ways in different media. This Decision demonstrates yet again that, especially at NAD, context is critically important in evaluating the takeaway of a claim.

First, NAD examined P&G’s “plant-based” claim in the context of the product label.  With respect to the front panel, NAD determined that P&G’s claim, particularly when used in conjunction with leaf imagery,  reasonably conveyed a message that the product is 100% “plant-based,” especially when used in conjunction with the name “purclean.” (Readers of this blog may recall NAD’s earlier Decision regarding the impact of fish imagery on a product label.)  NAD found that, although the seal disclosed that just 75% of the product is bio-based, it does so in font too small to “meaningfully qualify the overarching unsupported message reasonably conveyed to consumers that the entire product is bio-based.” Accordingly, NAD recommended that the advertiser clearly and conspicuously disclose the limitations of its plant-based claim, namely, that the product is 75% rather than 100% plant-based.

NAD also recommended that P&G modify the back of its product label, finding that – in the absence of a 75% qualifier – the headline claim across the top (“A Powerful Plant-Based Clean You Can Feel Good About”), could create the inaccurate expectation that all the ingredients, as listed in the ingredients portion of the label, are from plants and are not petroleum-based.  As NAD noted, “….highlighting the plant- and mineral based ingredients is not, by itself, misleading. However, in the context presented, NAD determined that the identification of purclean’s petroleum-based ingredients as “cleaning aids,” could reasonably convey the message that the “cleaning aids” are also plant-based ingredients, resulting in an overall net impression from the rear label that Tide purclean does not contain petroleum ingredients, and that Tide purclean is made with no petroleum cleaning ingredients and that the base of all ingredients are disclosed.”

NAD also recommended that P&G modify or discontinue its video which contained the claim “Tide purclean, it has nothing to hide. It’s made with plants...”.  NAD determined that combining the claim that it has “nothing to hide” with the claim highlighting ingredients that the product does not contain (phosphates, dyes and chlorines) potentially conveyed the message that Tide purclean does not contain any petroleum-based ingredients either. Accordingly, NAD recommended that the advertiser discontinue the “nothing to hide” claim or modify it to more clearly disclose the amount of plant-based content and to avoid the implication that Tide purclean is 100% plant-based. NAD further recommended that the disclaimer at the end of the commercial, “75% plant-based per USDA bio-based program,” which NAD noted appeared in a white font against a white background, be modified to more clearly and conspicuously disclose the amount of plant-based content included in the product.

By contrast, NAD did not recommend that P&G modify its plant-based claim on its website.  There, NAD determined, that notwithstanding the fact that the website did address the presence of the petroleum-based ingredients in the product,  P&G made it sufficiently clear there that the product is only 75% plant-based through its bold font graphics and other disclosures.   Also, notably, NAD determined that, notwithstanding the challenger’s argument to the contrary, the product name “purclean” alone did not in and of itself convey that the product is 100% plant-based.  Thus, NAD did not recommend a change to the product name.  (NAD also noted that, typically, it will not require a product name change in the absence of extrinsic evidence of consumer confusion.  I will note, however, that “typically” is the key word here, not “never.”)

Like “Made in America” claims, green claims and animal welfare claims seem to be of particular interest to NAD because of how compelling such claims are to consumers. Also, such claims – unlike many claims about performance or taste -- cannot be tested by consumers themselves; they rely on the advertiser’s accuracy and the consumers’ trust.  Therefore, advertisers should, of course, be mindful of the context in which they are using such claims, particularly if the use of accompanying graphics strengthens their impact. And they should be prepared to disclose any qualifications to such claims clearly, conspicuously and repeatedly.

An interesting question, not addressed here, is when a qualifier could be insufficient: could, say, a product that is 50% bio-based be described as “plant-based” in ads, with graphics of leafy greens, if conspicuously qualified?  TBD.

(Description of image for visually-impaired readers: drawing of three potted plants, ranging from small to large.) 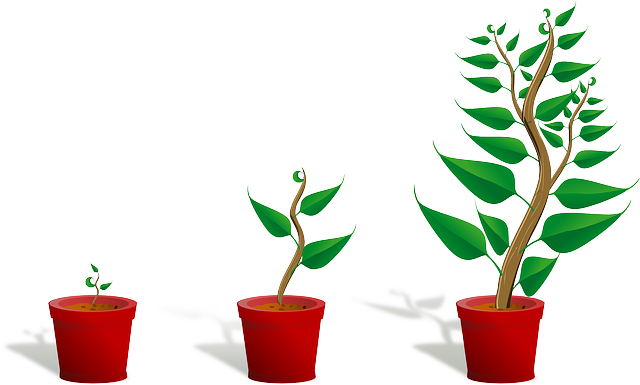