Pepperidge Farm sells "Golden Butter" crackers, which are made from flour, butter, vegetable oil, and other ingredients.  Is the "Golden Butter" name misleading, since the crackers include vegetable oil (a butter substitute) as well as real butter?  That was the issue in a recent case in the United States District Court for the Northern District of Illinois.

A consumer sued, alleging false advertising and other claims under Illinois law, alleging that the name of the product is misleading because the crackers contain a non-de minimis amount of vegetable oils in addition to butter.  She also alleged that the vegetable oils used in the product "enhance the appearance" of the product, which is misleading because "consumers expect that the cause of the golden hue of the [crackers] is butter."

The Illinois Consumer Fraud and Deceptive Practices Act prohibits "unfair or deceptive acts or practices."  Under Illinois law, a statement is deceptive if it "creates a likelihood of deception or has the capacity to deceive."  In order to determine whether there is a likelihood of confusion, Illinois applies a "reasonable consumer" standard, which requires "a probability that a significant portion of the general consuming pubic acting reasonably in the circumstances, could be misled."

The court dismissed the case, holding that reasonable consumers were not likely to misled by the product's name.

Regarding the color of the product, the court wrote, "The crackers were a golden color; therefore, the use of the word 'golden' is descriptive and not false, misleading or fraudulent."

Regarding the fact that the product contained both butter and vegetable oil, the court wrote, "The crackers also contained butter; therefore, the use of the word 'butter' is descriptive and not false, misleading or fraudulent."  The court was not at all interested in the plaintiff's argument that consumers might think that butter was the sole shortening ingredient, noting that butter is the second ingredient on the product label.

If you're a frequent reader of this blog, this case may sound familiar to you -- since the Southern District of New York dismissed a nearly-identical case last fall.  And, if you're a fan of butter (cases), like I am, you can also check out a host of other cases we've blogged about involving butter claims over the last several years, including Miyoko's Kitchen Vegan Butter, Entenmann's All Butter Loaf Cake, and Diner's Choice Garlic Mashed Potatoes that are "Made With Real Butter."

"a probability that a significant portion of the general consuming pubic acting reasonably in the circumstances, could be misled" 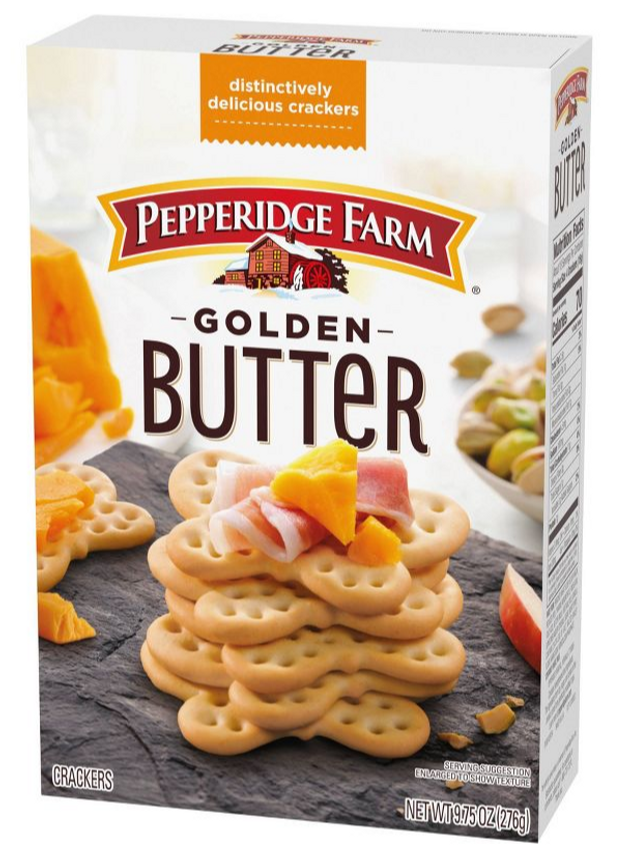