In the lawsuit, a consumer sued Pepperidge Farm, alleging that the phrase "golden butter" was false and misleading, because it falsely communicated that butter was the only type of fat used in the crackers.  The consumer argued that even though the phrase communicated that the crackers were "all or predominantly made with butter," they also included vegetable oils.  Specifically, the plaintiff alleged that the phrase means that, "wherever butter could be used in the Product, it would be used instead of using its synthetic substitutes, vegetable oils."

The plaintiff sued, alleging false advertising and other claims, under New York law.  In order to prove a claim for false advertising in New York, the plaintiff must demonstrate that the advertising is "likely to mislead a reasonable consumer acting reasonably under the circumstances."  And, in order to determine whether a reasonable consumer would be misled, "courts view each allegedly misleading statement in light of its context on the product label or advertisement as a whole."

The court dismissed the complaint.  The court just didn't believe that the plaintiff had plausibly alleged why a reasonable consumer would understand the phrase "golden butter" to mean that only butter was used in the crackers.  Looking at how the phrase was used in the context of the packaging as a whole, the court explained, "the packaging did not emphasize simplicity or other virtues.  It merely used the phrase 'Golden Butter' without elaboration."

The court also wasn't troubled by what the phrase "golden butter" might communicate to reasonable consumers.  First, the crackers do actually contain butter, and the butter is a more important ingredient than any other oils that were used.  The court wrote, "the packaging accurately indicated that the product contained butter, and the ingredients list confirmed that butter predominated over other oils and fats."  Second, the court noted that reasonable consumers could also just believe that the phrase "described the product's flavor and was not a representation about ingredient proportions."

If you're a fan of butter (cases), like me, you should also check out last week's false advertising case about butter -- which looked at whether the phrase, "all butter," communicates that the product is made with only butter. 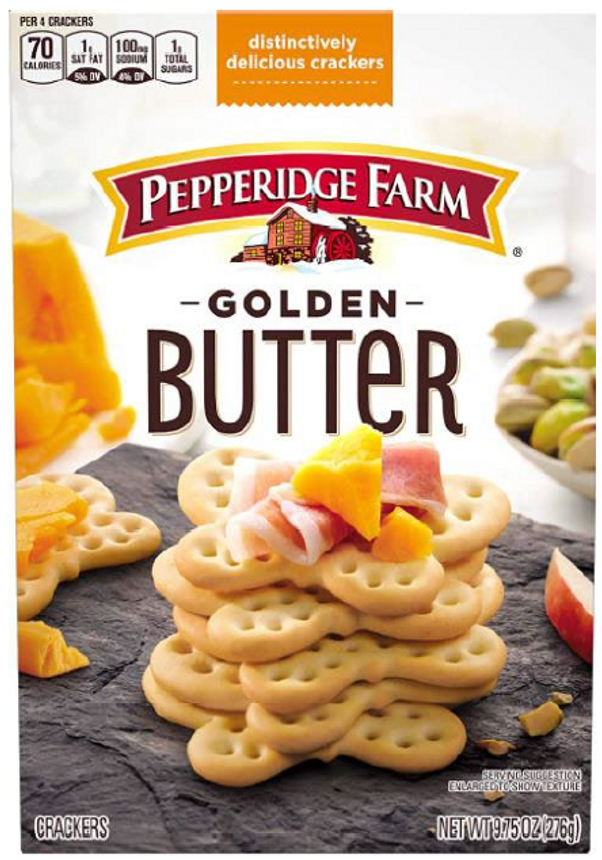