In late 2019, the California Department of Food and Agriculture contacted Miyoko's Kitchen and told the company to stop promoting its cashew and coconut oil spread as "vegan butter" and also to cease making other allegedly misleading claims related to the product as well.  In response, Miyoko's Kitchen sued the agency, seeking an injunction -- on First Amendment grounds -- to prevent the agency from taking enforcement action.

Miyoko's Kitchen sells a variety of plant-based vegan products which are designed to resemble dairy products in appearance and taste.  Because they are vegan, however, they don't actually have any dairy ingredients in them.  The company's position is that since its products -- like the "vegan butter" -- are clearly labeled as "vegan," it's clear to to consumers that they are not actually dairy products.

Federal law, which California was threatening to enforce here, prohibits food from being sold that has labeling that is "false or misleading," that is "offered for sale under the name of another food," or that doesn't conform to the established standard of identity for that food.  Federal regulations define "butter" as a product that is made "exclusively from from milk or cream, or both . . . and containing not less than 80 per centum by weight of milk fat."

When the California Department of Food and Agriculture's Milk and Dairy Foods Safety Branch contacted Miyoko's Kitchen, the agency told the company to stop promoting its product as "butter" since "the product is not butter."  The agency told Miyoko's Kitchen to remove five things from the product's label:  "butter," "lactose free," "hormone free," "cruelty free," and "revolutionizing dairy with plants."

In order to determine whether the company's claims are protected under the First Amendment, the court was required to conduct Central Hudson's intermediate scrutiny analysis.  Assuming that the claims are "neither misleading nor related to unlawful activity," the government's restriction on speech is permissible only if the state asserts a substantial interest to be achieved by the restriction, the restriction directly advances the state interest involved, and the restriction is not more extensive than necessary to serve that interest.

Regarding the use of the term "butter," which was used in close proximity to terms like "vegan," "made from plants," "cashew cream fermented with live cultures," and "cashew & coconut oil spread," the court simply didn't buy the state's argument that it was misleading.  The court also thought that the state would have an uphill battle demonstrating that prohibiting the use of the term "butter" in this context advanced a legitimate government interest.  In addition, the court held that Miyoko's Kitchen would also likely prevail on its claims that the state couldn't prevent the company from truthfully promoting vegan butter as "lactose free" and "cruelty free."

The court held, however, that the phrase, "revolutionizing dairy with plants," is misleading, since vegan butter does not, in fact, interact with milk products in a way that leaves them fundamentally different than they were before.  The court wrote, "Put simply, this is not at the core of what Miyoko's -- a maker of dairy replacements -- does or seeks to do."

The court also held that the claim by Mikoyo's Kitchen that its vegan butter is "hormone free" is literally false, since plants actually contain naturally-occurring hormones.  This, the court concluded, "places it beyond the bounds of protected commercial speech, fatally undermining Miyoko's right to use it without fear of reprisal."  The court was not persuaded that the audience to whom the product was directed would understand that the "hormone free" claim only referred to the artificial hormones that are sometimes added to animal-based dairy products.

"Central Hudson insists, at the threshold, that commercial speech be true, and provides no exception for falsities made true by the target consumer's supposed textual awareness" 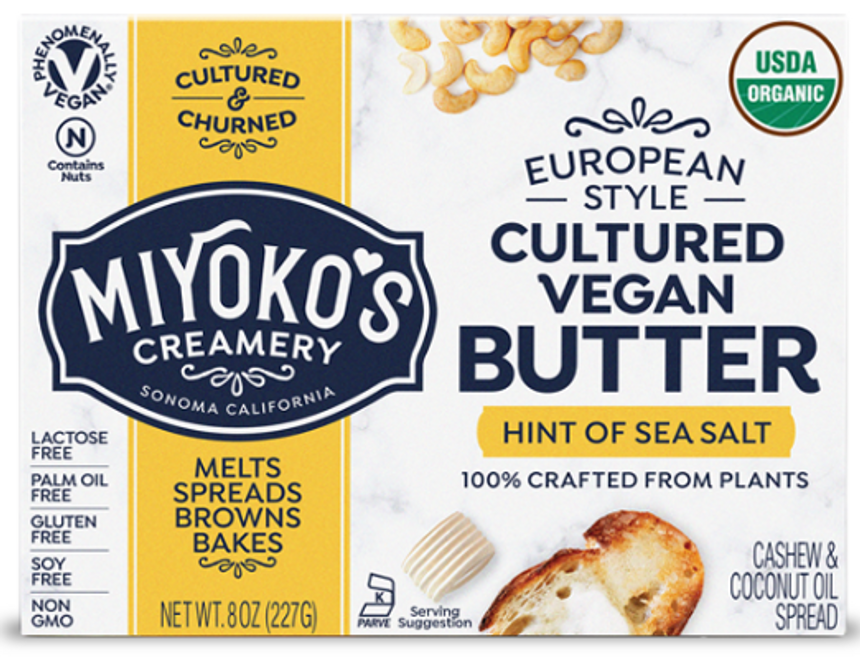