SAG-AFTRA’s announcement that it plans to release a new “Influencer Agreement” and welcome influencers into its fold (see our prior post) was big news that left the industry on the edge of its seat, but with more questions than answers. When will the agreement be issued? What will it say? Will influencers sign up in masses? What will it mean for influencers, advertisers, agencies, agents, platforms, and other players in the complicated influencer ecosystem?

While we continue to wait to see the actual agreement so we can begin to tackle these and other questions, details have been trickling out, most recently in an Influencer Agreement Fact Sheet published by the union on its website. Much of the information on the Fact Sheet has been previously reported. However there are some new, tantalizing nuggets that only make us hungry for more details.

Here are ten things that we have gleaned about the new Influencer Agreement, based on the information that has been released to date. (Caveat: All of this is subject to change, as we learn more.)

1. The Influencer Agreement can be signed only by a corporation or an LLC. This means that an influencer who operates as a sole proprietorship, partnership, or other form of business cannot take advantage of the new agreement. (Of course, forming an eligible corporate entity is a relatively low entry barrier.)

3.  There are limits on when the Influencers Agreement will apply. Quite a few, actually.

4. The contract between the influencer and the brand must adhere to certain requirements.

5. There are limits on where the influencer content can be used. The Fact Sheet says that “no use of the content, in whole or in part, is allowed in other areas of the union’s jurisdiction (e.g., no TV, traditional commercial or industrial use, etc.).” The Fact Sheet doesn’t address what happens if the brand client wishes to use the content in another medium that is within the union’s jurisdiction. Can the parties negotiate for those rights for additional compensation, subject (perhaps) to the minimum rates set forth in the applicable SAG-AFTRA collective bargaining agreement? If negotiation is possible, can the brand negotiate for those rights up front? Or does “no use” truly and literally mean “no use”?

6. There is a maximum period of use. The maximum period of use (MPU) for content produced under the Influencer Agreement will be one (1) year, “unless otherwise negotiated.” In situations where the MPU applies, do both the influencer and the brand have to remove the content from their feed? Presumably not, but clarification on this point would be welcome

9. Membership has its privileges … and its obligations. The Fact Sheet tells us that “Influencers will be bound by the same membership rules as their fellow members.” This means, among other things, that influencers will be eligible for pension and health benefits, provided they satisfy the eligibility requirements. (You can learn more about those requirements here and here.) It also means that influencers who choose to become full members of SAG-AFTRA will be bound by the union’s Global Rule One. Global Rule One provides, in the union’s own pithy summary, that “a SAG-AFTRA member must always work under a union contract around the globe.” If an influencer with SAG membership violates this rule by taking non-union gigs, she could face disciplinary actions (and possibly a suspension or even expulsion). What happens if an influencer who elected to become a union member wishes to work on a project that doesn't qualify for coverage under the new Influencer Agreement (e.g., a project for a car company that requires her to appear in videos driving in the countryside with her best friend)? The union's position would be that the performer must find a way to ensure that the project is covered under the applicable collective bargaining agreement (in its view, SAG-AFTRA Commercials Contract). Practically speaking, the influencer would have two options. The influencer's company (or the brand) could obtain from the union an OPO contract under the SAG-AFTRA Commercials Contract, assuming they qualify. (For more information on this option, click here.) Alternatively, the influencer company could engage a third party signatory company to co-produce the content in question. (See this post.) This is a complication that some influencers may not be anticipating.

We will continue to keep you updated with related developments – stay tuned. 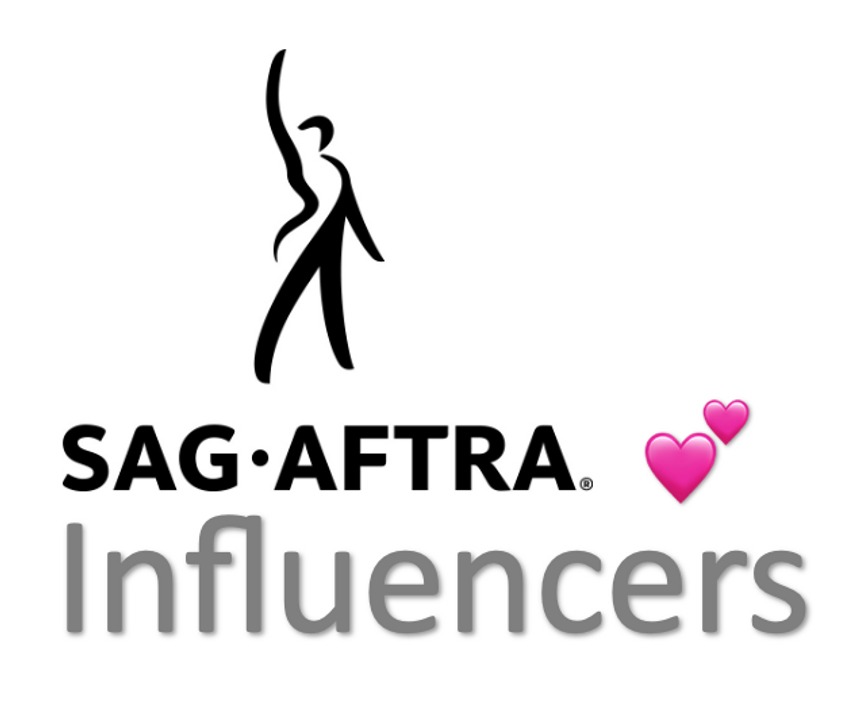