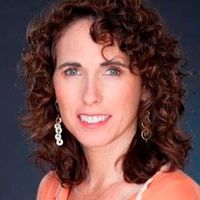 A Long Time Ago in a Galaxy (Not So) Far, Far Away (A Recap)

In August of 2018 and May of 2019 (see this and this post), SAG-AFTRA declared war on third party signatories by revoking the signatory status of seven of the most prominent among them. (Third party signatories are companies that are signatories to the SAG-AFTRA Commercials Contract that are hired by non-signatory brands and ad agencies to facilitate the “co-production” of union commercials.) This was a bold move to be sure. Not quite a lethal lancing with a light saber or the equivalent of firing a superlaser array squarely at Alderaan, but close, since it threatened to shut down a core service offered by these important industry players.

A few months later, the union and the third party signatories signed a treaty in the form of a very special Letter of Adherence (“LoA”) that imposed significant limitations on what third party signatories could, and could not, do. In a prior post (the “Union Strikes Back”), we examined the LoA in detail and explained how the LoA’s requirements could be distilled into two “commandments”:

At the time, the union explained that these “strict” (its words) rules were necessary to ensure that it had “direct relationships with employers” so it could “enforce the standards established in our contracts … [including] a safe work environment, timely and proper payment, health insurance and pension contributions, responsible use of performance, and protection against sexual harassment and workplace abuse.” Rule 1 was aimed squarely at this legitimate concern. However, whether Rule 2 was necessary to further the union’s stated goal was open to debate.

Balance in the Force is Restored?

Before the ink was dry, it became clear that implementation of the LoA was going to be a challenge (sort of like flying a one-person fighter down a long trench and firing a laser cannon into a small thermal exhaust port, right below the main port). There were numerous “in the weeds” practical questions that were not addressed specifically in the LoA and, perhaps, had not been anticipated. Moreover, some in the industry raised the possibility that the deal that the union had forced upon third party signatories was subject to legal challenge.

This led to a delay in implementation of the new rules to give the interested parties an opportunity to engage in further discussions. During this hiatus, the parties hammered out modifications to the LoA that are set forth in an addendum. Below we summarize the key changes which have been publicly shared by the third party signatories in their notices to clients.

2.  Third Party Signatories must be bona fide co-producers. Rule 1 is reaffirmed and to some extent amplified (like a fortress built of Mandalorian iron). Third party signatories still need to be involved in all of the “employer functions” that were listed in the original LoA. In addition, the parties fleshed out additional details regarding the types of tasks that a third party signatory must perform in order to be considered to be acting as a bona fide producer. These include:

3.  Agencies can be involved in the “employer functions.” Subject to certain limitations, Agencies can participate in all of the “employer functions” listed in the original LoA. This means that agencies can be involved in the selection of the production company and casting agent, participate in casting decisions, have an on-set presence, and take the lead in all creative aspects of the shoot. This change from the previously agreed LOA represents a huge victory for non-signatory agencies.

4.  No Affirmation is required. In light of the above, there is no longer a requirement that the third party signatory, advertiser and brand sign the affirmation. Exhibit A has essentially been hurled into the Great Pit of Carkoon.

The end result represents a restoration of balance in the Force. On the one hand, because Rule 1 remains intact, the union secured specific and concrete concessions that will ensure that third party signatories are actively involved in commercial shoots. As a result, when problems or questions about a production come up, the third party signatory should be in a position to address them quickly given its significant, first-hand involvement from the get-go. (According to the union, this was not always true in the past.) On the other hand, Rule 2 has been eliminated, and non-signatory agencies are free again to use third party signatories to produce union commercials for their clients. For non-signatory agencies (and for the brands that want to work with them) it's like receiving a transmission from deep space that sends the following message:  hope.

Of course, the new LoA, as modified by the addendum, still represents a change in the way that third party signatories will operate in the commercial production arena. And, as is always the case when there is a change like this, we should anticipate that there will bumps on the road ahead. Left unanswered are questions regarding how to apply these new rules in situations where commercials are produced in non-traditional ways. For example, if an agency or brand engages a celebrity influencer to produce social posts (including videos for Instagram stories) that would (or might) constitute “commercials,” how do you apply these rules? Since influencers typically produce social videos by themselves (certainly without a production company), on their own schedule (when the muse strikes them, maybe even in the middle of the night), and in their own homes (sometimes even in their bedrooms), it is not likely that third party signatories will be invited to attend the shoot. (Can you imagine telling Kim Kardashian that your third party signatory needs to come to her mansion while she is shooting her social video? That she needs to Station 12 Kanye and get him to sign an A-1 contract if he walks through the room while she is filming? That she has to shoot on a weekday because you don't have the budget to cover weekend rates?) These kinds of issues remain to be worked out in the future.

CAPTAIN RAYMUS ANTILLES: Your Highness. A transmission we've received. What is it they've sent us? PRINCESS LEIA: Hope.