Readers of this blog know that we frequently cover cases where a defendant claims that its compliance with various federal labeling requirements preempts a state law false advertising claim.  The defendant’s argument often fails.  (See here, here, here, and here).

In today’s post, we’ll look at a case where the argument succeeded.

The case involves a putative class action against Trader Joe’s.  The named plaintiff asserted a number of California state law causes of action premised on her allegation that Trader Joe’s made false and misleading claims about some of its raw chicken products.  Plaintiff alleged that the product labels state that the chicken parts contain up to 5% retained water, but that – based on her own testing -- they actually contain far more, for which California consumers are unlawfully charged.  The plaintiff sought an order enjoining Defendant to cease packaging, advertising, and selling the products; re-label or recall all existing products; conduct a corrective advertising campaign; and an award of restitution and damages for plaintiff and the class.

The plaintiff filed the complaint in California state court and Trader Joe’s removed it to the federal court in the Southern District of California.  Trader Joe’s then filed a motion for judgment on the pleadings, arguing that all of plaintiff’s claims were expressly preempted under the Poultry Products Inspection Act (“PPIA”) because it complied with the federal requirements and its label was pre-approved by the U.S. Department of Agriculture.  Under the federal regulations, raw poultry is not permitted to retain water unless the establishment preparing the raw poultry demonstrates to the USDA’s Food Safety and Inspection Service (“ FSIS”), with data collected in accordance with a written protocol, that any water retained is an “unavoidable consequence.”

The Court found that Trader Joe’s “must have” included a report of such data and an evaluation of its results in seeking approval of its claim.  In turn, the FSIS “must have” reviewed this data and approved the products’ label in order to permit Defendant to include the retained water claim on its products. Further, the FSIS “could have objected” to the protocol used by Trader Joe’s, or required it to make changes, “but the fact that the Products are placed for sale lends to the conclusion that no such objection or request was made.”  Thus, the Court determined, Trader Joe’s complied with the federal requirements to make the “Up to 5% Retained Water” claim on its labels by demonstrating to the FSIS, with the appropriately collected data, that the products contained up to 5% of retained water as an unavoidable consequence.

Thus, the Court held, since Trader Joe’s fully complied with the federal requirements under the PPIA and the FSIS approved the label, its retained water claim on its label cannot be construed, as a matter of law, as false or misleading.  It noted further that any liability the plaintiff would seek to attach based on her state law claims would “unavoidably impose marking, labeling, or packaging requirements upon Defendant in addition to, or different than the federal regulations that Defendant has already followed under the PPIA.”  Accordingly, the Court held that plaintiff’s state law claims were preempted by the federal law, and granted defendant’s motion.

Why do we care about a case involving a retained water claim on chicken part labels? (How could we not?)  Well, we care because false advertising claims are often asserted based on claims made on a product’s labels, even when those labels comply with federal standards. As noted above, those cases often get past a defendant’s motion to dismiss based on a preemption argument.  This one didn’t.  Why not?  One reason may be that the only claim at issue was the one expressly authorized by the PPIA, for which Trader Joe’s had to seek prior approval.  From the Court decision, it doesn’t appear that Trader Joe’s made any other claims about the water retention level in its chicken parts or how that level compares with competitors’ chicken products, or the benefits of that water retention level.

As we’ve seen from cases where the preemption argument fails, when a marketer goes beyond the actual approved language, or combines it with other claims, or asserts the claim in a different context for which it is approved, or otherwise uses the claim in a manner that can convey a misleading message to consumers, courts have shied from finding preemption of state false advertising claims.  The cases are too complex and varied (and are based on regulatory standards too complex and varied) to derive one hard and fast rule on how to always successfully assert a preemption claim and avoid state false advertising claims when using a regulated claim on labels but marketers must always consider what other potential claims are communicated by their (otherwise compliant) labels. 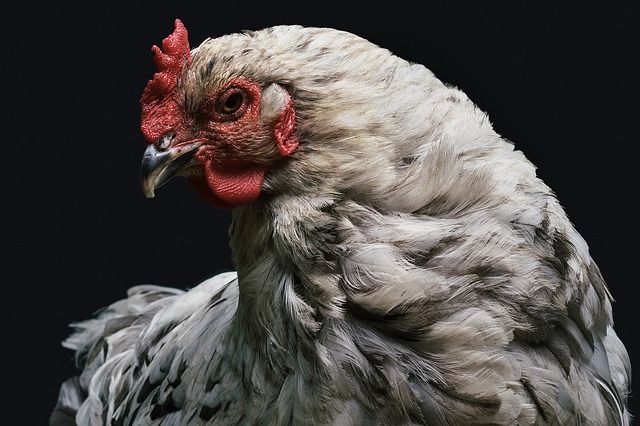 The Gift That Keeps On Giving, Even When You Don't Want It To
Terri Seligman
Recent posts from Advertising Law Updates