A recent decision from the National Advertising Review Board (“NARB”), the self-regulatory body that hears appeals from NAD decisions, highlights what NARB characterized as “several challenging issues”: the standards applicable to determining the validity of the scientific testing, and whether that evidence is relevant to the claims at issue.

The NARB appeal arose from a challenge by GlaxoSmithKline, the maker of TUMS, to advertising for TummyZen, a dietary supplement marketed by Eli Nutrition, Inc. that competes with TUMS.  GSK argued that the advertising for TummyZen makes "powerful, unqualified, broad health claims" including claims that TummyZen provides “Total Heartburn Relief;” works “almost instantly;” and lasts longer than other antacids, and that these claims were not properly substantiated. GSK also argued that the net impression of the advertising conveyed the message that TummyZen is as effective as drug products that have been scientifically proven to provide a high degree of heartburn relief. Eli defended its advertising, arguing that its substantiation, consisting of two human clinical studies of zinc sulfate, a series of in vitro and animal studies, and a consumer use survey, was sufficient.

NAD recommended several modifications to the advertising: that Eli change the product name “Total Heartburn Relief”; and that it discontinue or modify claims that TummyZen Total Heartburn Relief “stops acid production,” is “acid inhibiting,” “halts the secretion of chloride ions in your parietal cells to regulate the release of acid into your stomach,” “supports stomach lining,” and is “long lasting.”  Eli appealed.

NARB examined each of the tests relied upon by Eli, both for its reliability and as to its “fit” with the claim at issue.  In analyzing the claims, the panel applied a "flexible approach," adhering to the view of the Federal Trade Commission in its Dietary Supplements; An Advertising Guide for Industry, that the standard of review is a “flexible one that depends on many factors.”

For its “long lasting relief” claim, Eli had relied on a home use product test, in which approximately 100 volunteers used TummyZen tablets for relief from occasional heartburn, and then rated the product. NAD, however, rejected the study results on the grounds that the survey was actually a “concept test.” The survey was not blinded, had no placebo control, did not employ filter questions to prevent bias, and was not designed to measure a therapeutic effect. The NARB panel agreed with NAD that the product test results were not proper support for a long-lasting claim, or for any other claim being reviewed by the panel.

Eli also submitted the results of an acid neutralization test, showing that TummyZen exceeded the degree of acid neutralization threshold set by FDA for a product to qualify as an OTC antacid. Although this was not a clinical test, NAD accepted the results because use of the test had been specifically authorized by FDA. However, NAD also concluded that while the results supported a claim for relief from occasional heartburn, the data did not support the claim of “total” heartburn relief. The panel agreed.

The NARB panel also considered an expert declaration from a Yale School of Medicine professor submitted by Eli. Eli had argued that because this was the only expert report in the proceeding, NAD should defer to the expert's positions on the scientific issues the NAD was considering. However, the NARB panel concluded that while the expert’s opinions could be considered as part of the “totality” of the relevant scientific evidence, they would not foreclose “NAD’s reaching its own judgment of the totality of the scientific evidence in the record, which is NAD’s responsibility.” Furthermore, it was not the challenger’s obligation to submit a contrary expert report because “the burden of showing proper substantiation was, and is, on the advertiser.”

Eli also relied on the results in two clinical studies. One was the subject of a published peer-reviewed article, documenting a series of research approaches to investigate the effect of zinc on stomach acid, specifically: (i) animal testing; (ii) ex vivo testing (on human skin that had been removed during gastric reduction surgery); and (iii) a 12 person cross-over clinical trial. The second study was a 10 person cross-over study that measured the acid-reducing effect of various levels of zinc. The panel found that both studies had “limitations,” but nevertheless concluded that both could be considered “part of the totality of the scientific evidence which the panel should consider in evaluating the advertising claims at issue here."

After analyzing the support for the claims, the panel applied them to the claims at issue.  After reviewing the TummyZen packaging and advertising, the panel agreed with NAD that the word “Total” in the claim conveyed a message that the product provides more benefits than is provided by occasional-heartburn-relief remedies, a message not adequately supported by Eli’s evidence.

The panel concluded, however, that Eli had properly supported an ingredient claim for the effect of zinc in helping to reduce stomach acid and that its claims “Zinc Inhibits Acid Secretion” and “Zinc Supports the Stomach Lining” were properly supported. But, the panel concluded that “Stops Acid Production” was not supported because an absolute term such as “Stops” overstates the benefit, and would not be supported even if tied directly to the effect of zinc.

With respect to the advertiser's "long-lasting" claim, the panel agreed with NAD that “long-lasting,” in the abstract, does not have proper support. However, the panel concluded that “long-lasting” could be substantiated if tied directly to the type of antacids the zinc salt was compared to in the clinical studies.

While the process at NARB differs from that at NAD, and the NARB decision-makers  -- the panelists -- are industry representatives (and not necessarily lawyers), the flexible and nuanced approach to analyzing substantiation and its "fit" with the claims at issue is consistent with that used by NAD. Indeed, this is likely one reason that relatively few NAD decisions are appealed to the NARB and, of those, very few result in a determination that varies in any material way, if at all, from the underlying NAD decision. 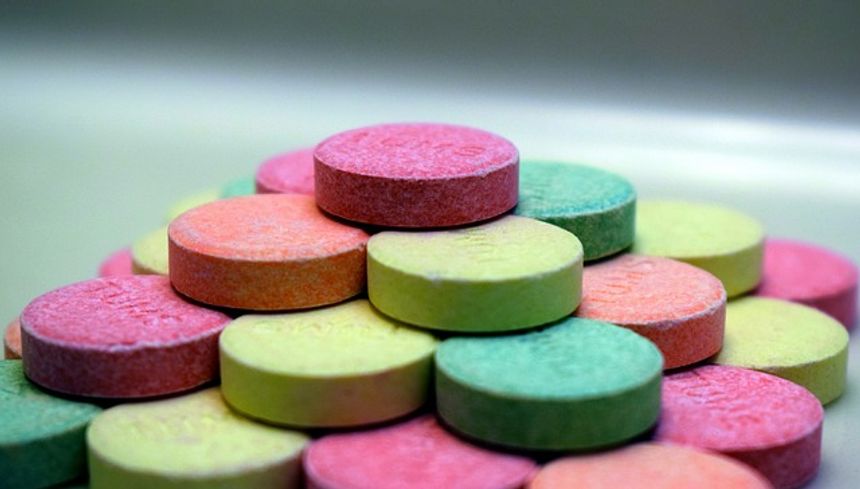