Certain cases will forever be part of the legal seminars and trainings I do for clients. This is one of them.

We have blogged previously (here, here and here) about the lawsuit brought by Kevin Brophy (a tattoo model who works as the marketing manager for a surf and skate apparel company) against Cardi B (the rapper and songwriter famous for her "aggressive flow and candid lyrics"). The case concerns the cover art for Cardi's 2016 mixtape Gangsta Bitch Music, Vol. 1 which featured a model with an elaborate back tattoo that is very similar to the tattoo sported by Brophy. Mr. Brophy feared that the world would think that it was he (and not a model) depicted on the album performing what can only be described as a very adult act (for which I could find no euphemism suitable for this family-friendly blog). As a result, Brophy sued for millions in damages, alleging violation of his statutory and common law right of publicity.

Here, again, is a photograph of the ink on Mr. Brophy’s back (on the right) and the album art at issue (on the left): 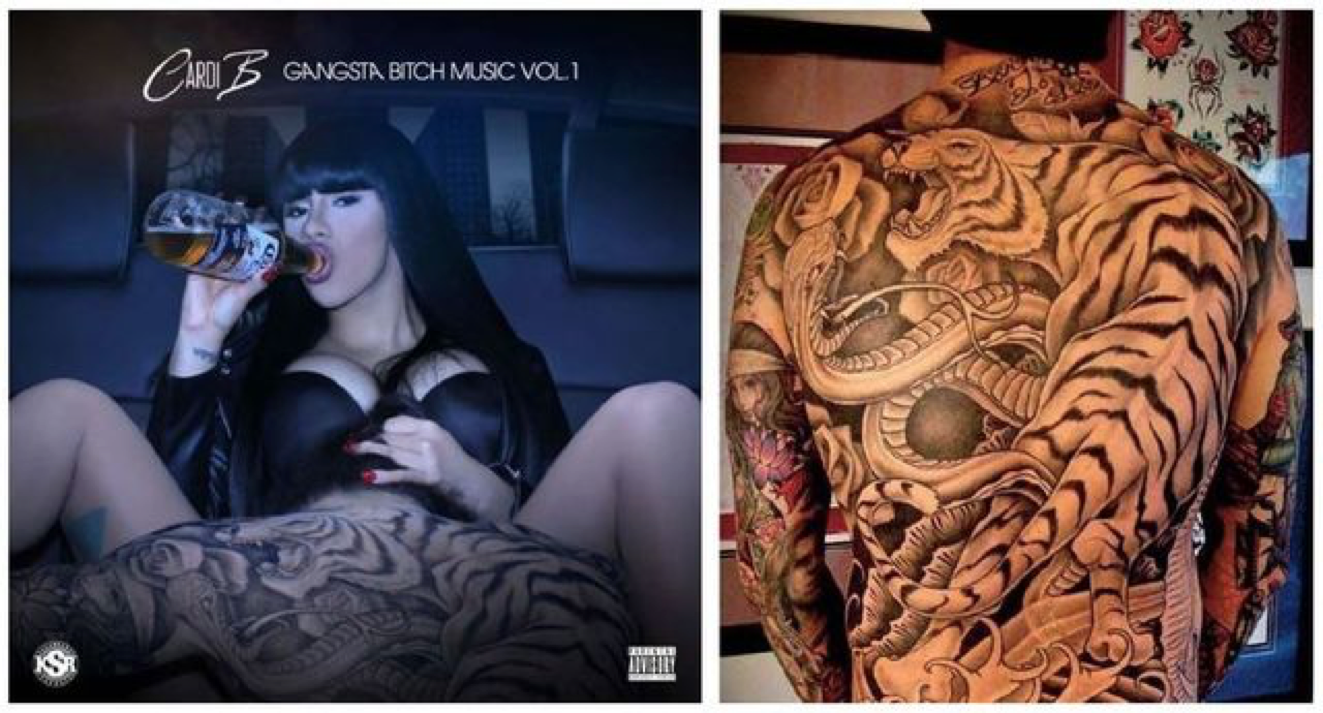 After Cardi's attempts to dismiss the case were rejected twice (here and here), the parties proceeded to trial.

Without question, there is more than a passing similarity between Mr. Brophy's tattoo and the one adorning the model's back. How did that happen? At trial, the parties agreed that a digital artist had replaced the model’s actual back tattoo with designs that he had found on the Internet by Googling "back tattoo." Since Mr. Brophy's tattoo has been featured in various publications, and given the high degree of similarity between the tattoos (you might say striking similarity, if this were a copyright case), it seems pretty clear what happened.

Mr. Brophy spoke movingly at the trial about the pain caused to him and his family by this “completely raunchy (and) disgusting" album art. It took more than a year and many, many hours (of pain, no doubt) to create his back piece, which Brophy described as "my Michelangelo." It is nothing less than an expression of his identity. As such, when he saw the mixtape cover art, he felt "devalued" and "like my Michelangelo was stolen off the wall," This was especially painful since it "looks like I’m giving oral sex to somebody that’s not my wife, somebody that’s not my partner, and an image that I never signed off on, ever." As a “father of two and a devoted husband and a man of faith as well, this goes against everything that I stand for, and I would never ever sign off on something like this."

Cardi didn't buy any of it. In testimony that got so heated that the judge threatened to call a mistrial, Cardi argued that Brophy was not identifiable on the mixtape cover, since no face is visible and since, in any event, it depicts a "famous" Canadian model (who is black) and not Brophy (who is white). Moreover, she and her lawyers argued that the cover design was an original work of art entitled to First Amendment protection because the artist who had created it had transformed Brophy's tattoo by making numerous changes such that it "become primarily the artist's] own expression rather than [Brophy's] likeness." (Comedy III Productions, Inc. v. Saderup.) And, according to Cardi, in no way, shape or form was Brophy harmed by any of this:

Indeed, Cardi claimed it was she, and not Brophy, who was the victim here: "I feel like I’m taken advantage of ... I missed my kid’s first step by being here. And so much." (It sure does suck to be famous.)

In the end, the jury ruled in favor of Cardi.

Will Mr. Brophy appeal? Perhaps not. The press reports that Brophy and Cardi shook hands as they left the courtroom, and he said to her "At the end of the day, I do respect you as an artist.” Cardi replied “Maybe you get to know me?” but also assured him, “It’s OK. It’s OK.” 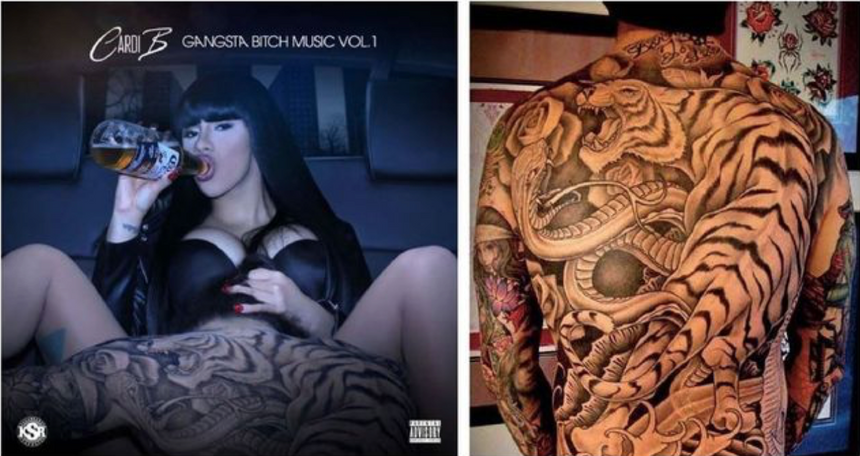