The Federal Trade Commission recently released its long-awaited, proposed revisions to its Guides Concerning the Use of Endorsements and Testimonials in Advertising.  I'm writing a series of blog posts that do a "deep dive" into the proposed changes.  This is the final post, Part V, which discusses the FTC's proposed amendments to Section 255.5, the "Disclosure of material connections" section.  You can find Part I (Purpose and Definitions) here, Part II (General Considerations) here, Part III (Consumer Endorsements) here, and Part IV (Experts, Organizations, and Kids) here.

The "Disclosure of material connections" section of the Endorsement Guides is, perhaps, the most important section, since it guides advertisers and endorsers about the types of relationships that require special disclosure.  The failure to properly disclose material connections has also been one of the main focuses of the FTC's enforcement efforts related to the Endorsement Guides for many years.

The key principle -- that material connections between advertisers and endorsers, that are not reasonably expected by the audience, must be disclosed -- remains unchanged.  The FTC is proposing many revisions to this section, however, which further explain how the FTC believes this principle should be implemented.

First, the FTC is updating the section to emphasize that, if a disclosure is required, that disclosure  must be clear and conspicuous.

Second, the FTC is proposing to add further guidance about what types of relationships could constitute material connections.  The FTC explains that a material connection can be a "business, family, or personal relationship."  It can also be a monetary payment or the provision of free or discounted products or services, "regardless of whether the advertiser requires an endorsement in return."   A material connection can also be "other benefits to the endorser, such as early access to a product or the possibility of being paid, of winning a prize, or of appearing on television or in other media promotions."

Third, the FTC acknowledges -- at least in theory -- that not every connection requires disclosure.  The FTC says, "Some connections may be immaterial because they are too insignificant to affect the weight or credibility given to endorsements."  Although commenters asked the FTC to provide examples of connections that wouldn't be material, the FTC declined to do so.  (That may be because it's unclear whether the FTC really believes that there are connections that aren't material.  If the FTC believes that an entry into a sweepstakes, in which there is virtually no chance you will win, is a material connection, it's hard to imagine what wouldn't be material in the FTC's eyes.)

Fourth, the FTC is proposing to delete a sentence that explains that a payment to a celebrity endorser does not need to be disclosed in a television commercial and replace it with, "Material connections do not need to be disclosed when they are understood or expected by all but an insignificant portion of the audience for an endorsement."  I wouldn't interpret this change as suggesting that the FTC is backing off on its prior position here (particularly because the FTC is leaving in an example which sets forth the same principle).  Rather, I would say that the new language opens up the possibility that disclosures may not be required in other media, where it's clear to the audience that the endorser has been compensated.  That being said, although the FTC was invited to acknowledge that social media stars are also expected to be paid for their endorsements, the FTC declined to do so.

Finally, the FTC explains that, when disclosing a material connection, "complete details" of the relationship don't need to be disclosed.  Rather, the disclosure "must clearly communicate the nature of the connection sufficiently for consumers to evaluate its significance."

The FTC is also proposing a number of changes to the Examples in the "Disclosure of material connections" section as well.

In Example 3 (the tennis player), a tennis player endorses a laser vision correction surgery clinic during a television appearance.  The FTC is proposing to revise this section to make clear that a disclosure of the connection during the end credits of the show is not sufficient.  The FTC is also revising this section to explain that disclosure is required even if the player only got the surgery for free (but wasn't otherwise paid).  The FTC then includes a new scenario, which reads, "Assume that the clinic uses the tennis player's endorsement in its own social media posts.  The clinic should clearly and conspicuously disclose its relationship to the athlete in its posts."  Hopefully, the FTC will expand on its thinking here, because it's not all at all clear why a disclosure would be required in this situation, since an advertiser's use of a celebrity endorser, in its own advertising, would not normally require disclosure.

Example 4 (the physician) indicates that when a physician endorses an anti-snoring product in a television commercial, no disclosure is required, since consumers expect the doctor to be compensated.  In line with prior guidance the FTC has given in recent years, the FTC is proposing to revise the Example to explain that if that same physician endorses the product in social media, a material connection disclosure is required because the endorsement is being given in "a context in which consumers might not expect that the physician was compensated."

In Example 6 (the infomercial producer), the FTC is proposing to add a new section that addresses when an infomercial producer incentivizes consumers to post reviews on its website.  The FTC says that, even though the marketer "makes clear and the reviewers understand that they are free to write negative reviews and that there are no negative consequences for doing so," the fact that the consumers were incentivized to write the review still needs to be clearly and conspicuously disclosed.  (While the FTC has previously expressed its position on this point, it's not at all clear to me while disclosure is required in this situation, absent some ongoing relationship or some other sort of quid pro quo.)  Finally, the FTC stakes out an important position and says that incentivized reviews, even if they are identified as incentivized, may be deceptive if they are used to generate average star ratings for products, if using the views "materially increases that average star rating."  In other words, the FTC is likely saying here that, if you do have incentivized reviews, when you're calculating an average star rating, don't count the star ratings from those reviews.

In Example 7 (the woodworker), the FTC is proposing to replace the example about the video game YouTuber with one about a woodworker, although the principles articulated by the example are largely the same -- that if you provide something expensive to an influencer, like an "expensive full-size lathe," in the hopes that the influencer will post about it, that fact should be disclosed, and the marketer should "have reasonable procedures in place to monitor the influencer's postings for compliance and follow those procedures."  Interestingly, though, the FTC acknowledges that disclosure is only required if "a significant proportion of viewers are likely unaware that the influencer received the lathe free of charge."

In Example 8 (the employee), the FTC is proposing to replace the example about an online message board about music with a similar example about online community of robotic products enthusiasts. The key principle, which remains the same, is that if a employee is posting messages about the employer's products, the employee should be transparent about who the employee works for. The FTC adds new language to the example explaining that the employer should engage in "appropriate training" of employees.  In addition, the FTC says that, "To the extent that the employer has directed such endorsements or otherwise has reason to know about them, it should also be monitoring them and taking other steps to ensure compliance."  The FTC is saying here that, as a general matter, you should train your employees about their disclosure obligations -- and if you're requiring them to post (or know that they are doing it), including on consumer review sites, you should monitor them as well.

In Example 9 (the college student), the FTC is proposing to replace the "street team" example with a similar scenario in which a college student earns points when posting in social media about a company's products.  The principle is the same, though.  If you're getting points to promote a product, that's a material connection that requires disclosure.

In new Example 10 (the No Chlorine Products Association), the FTC repurposes an example from the Green Guides in order to set forth the principle that because consumers would reasonably expect advertisers to pay for a certification from a "non-profit third party association," no disclosure is required when using that certification.  The use of "non-profit" in the example, though, seems to raise more questions than it answers.  Does this mean that when getting a certification from a third party "for-profit" association, disclosure is required?

In new Example 11 (the coffee lover), the FTC explains that if a blogger includes affiliate links in the blogger's reviews, the blog posts should clearly and conspicuously disclose the relationships with the affiliates.  The FTC doesn't answer the question, though, of whether disclosure is required if the decision to include affiliate links is made by someone other than the reviewer.

And, finally, in new Example 12 (the podcaster), the FTC recognizes that, "just as with television commercials, consumers can reasonably expect that people appearing in certain newer-form advertisements are compensated for their statements."  In this example, the FTC says that a podcast host who reads "what is obviously a commercial," does not need to disclose that the host was compensated for giving the endorsement.  The FTC cautions, however, that if the host also promotes the product in social media, a disclosure may still be required.

"just as with television commercials, consumers can reasonably expect that people appearing in certain newer-form advertisements are compensated for their statements" 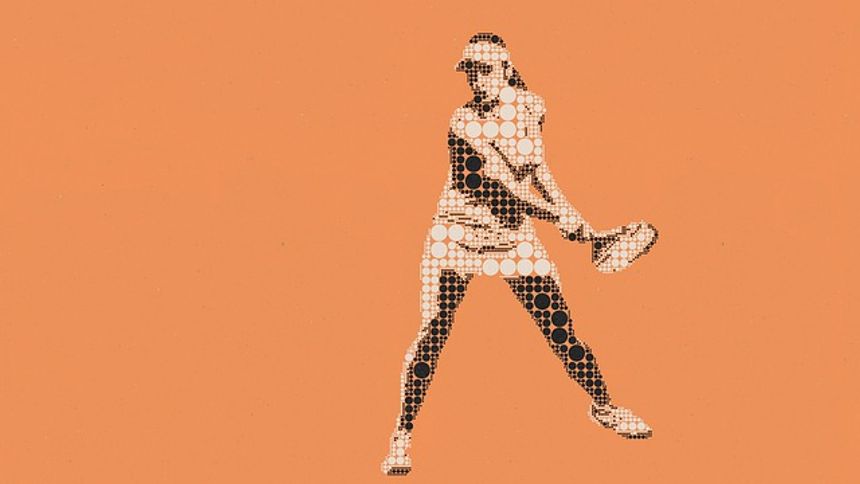