Today, more than ever, it seems like consumers want products that are healthier for their bodies and better for the environment.  As a result, many marketers are working to improve how their products are formulated and are trying to better capitalize on the benefits that their products offer already.  One of the issues marketers often struggle with, however, is when can you promote that a product has a particular benefit?  In other words, when can you promote your product as being "made with" something -- such as, for example, "made with recycled material" or "made with whole grain."   Does the product need to be entirely made from those materials in order to claim the benefit, or is it enough that it has at least some of that material included?

The Hillshire Brands Company sells a Jimmy Dean Delights English Muffin product that is promoted as being "made with whole grain."  According to the allegations in a lawsuit against the company in the United States District Court for the Southern District of New York, this claim is false and misleading, because the bread in the product is not made made only, or even predominantly, with whole grain.  Instead, the plaintiff alleged, the bread is made with enriched wheat flour, which is a refined grain that does not contain the fiber and other nutrients that are present in whole grains.

The plaintiff sued under New York law, alleging that Hillshire's "made with whole grain" claim will mislead reasonable consumers into believing that the product is made only or predominantly with whole grain.  In order to be actionable, the claim must be "likely to mislead a reasonable consumer acting reasonably under the circumstances," taking into account the "statement in light of its context on the product label or advertisement as a whole."

Hillshire argued that the "made with whole grain" claim is not misleading because the product is, in fact, made with some quantity of whole grain and because there's an asterisk next to the claim which "signals additional explanatory information."  The court was not persuaded, however.  Relying on the Second Circuit's Cheez-It decision, the court held that the plaintiff had sufficiently alleged that a reasonable consumer would be misled.  Saying the same principles applied, the court, quoting the Second Circuit, indicated that the labeling "falsely implied that the grain content is entirely or at least predominantly whole grain, whereas in fact, the grain component consisting of enriched . . . flour substantially exceeds the whole grain portion."   The court also agreed with the Second Circuit's reasoning that the Nutrition Facts panel couldn't be relied on to negate the plaintiff's claims.  Quoting the Second Circuit again, the court wrote, "a reasonable consumer should not be expected to consult the Nutrition Facts panel on the side of the box to correct misleading information set forth in large bold type on the front of the box."

While this case is still at its early stages, it certainly suggests that courts are going to be highly skeptical of "made with" claims when the product is not all, or predominantly made from, that ingredient.  And while there are certainly issues out there where courts, regulators, and self-regulation may take differing approaches, for "made with" claims, it's likely that the others, such as the FTC and the NAD, would take a similar view.  For example, years ago, in a case looking "made with" claims, the NAD said, "A consumer might quite reasonably understand the claim 'made with wind energy' to mean that the product is produced entirely with clean or renewable energy."  In the FTC's Green Guides, the agency expresses the same view.  For example, when making recycled content claims, the FTC advises that marketers can only make unqualified recycled content claims "if the entire product or package, excluding minor, incidental components, is made from recycled material."

One final thought about the Delights English Muffin decision.  It's always going to be a challenge to convince a court, a regulator, or the NAD that a disclaimer -- even a pretty good one -- qualifies a claim that it views as highly misleading.  While a disclaimer that is clear and conspicuous is certainly more likely to be effective, it's highly unlikely that just using an asterisk (even a really big one) -- without an obvious disclaimer at all -- is going to be even the slightest bit helpful.  The FTC is no fan of the use of asterisks (as the FTC says, "There's a reason it's called an aste-risk").  But, even the FTC is assuming that, if you're using an asterisk, it's leading you to a clear disclaimer that qualifies the claim. 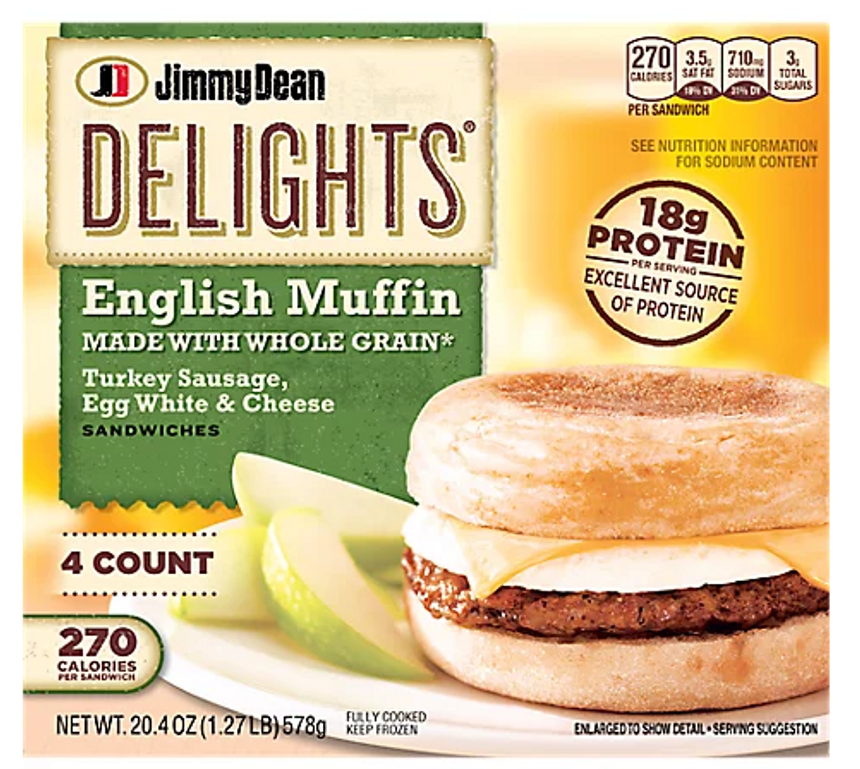