Late last year, the Federal Trade Commission said that it intended to begin a review of its Guides for the Use of Environmental Marketing Claims in 2022.  While there's no word yet on how that review is going, with recent enforcement actions announced today, the FTC has certainly signaled a renewed interest in green marketing claims.

In its action against Kohl's Department Stores, the FTC charged the company with falsely marketing textile products as being made from "bamboo."  The FTC said that these products are actually made from rayon, "not actual bamboo fiber woven into fabric."  According to the FTC, rayon is the generic name for a type of manufactured fiber made from the cellulose of a plant -- such as bamboo -- through a manufacturing process that involves the use of hazardous chemicals.  The FTC alleged, though, that "Regardless of the source of the cellulose, the manufacturing process involves the use of hazardous chemicals, and the resulting fiber is rayon and not cotton, wood, or bamboo fiber."  (The FTC has taken this position in a number of prior actions over the years as well, including in 2015.)

Although the FTC's enforcement efforts in the past haven't really focused on general environmental benefit claims, the FTC also charged Kohl's with making a number of general environmental benefit claims that it says are misleading. The FTC pointed to claims such as, "cleaner solutions," "gentle on the planet," "environmentally friendly," "eco-friendly," "going green has never been so sumptuous," and "help the planet."  Essentially, the FTC's position is that it's misleading to make these types of claims in connection with the marketing of "bamboo" products, because the rayon manufacturing process uses toxic chemicals and results in the emission of hazardous pollutants.

The FTC also charged Kohl's with falsely claiming that its "bamboo" products aren't made with non-toxic materials, even though it said that toxic materials are, in fact, use in the manufacturing process.  For example, the FTC pointed to claims such as, "Produced free of harmful chemicals, using clean, non-toxic materials."

The FTC charged Kohl's with violating both the FTC Act's prohibition on "unfair or deceptive acts or practices," as well as the requirements of the Textile Act and its implementing rules.

The FTC's settlement with Kohl's prohibits Kohl's from making misleading bamboo-related claims in the future, from violating the Textile Act, and includes a civil penalty of $2,500,000, which represents one of the largest-ever FTC settlements related to environmental marketing.

Why does the settlement include monetary relief if the Supreme Court previously said that the FTC doesn't generally have the authority to get damages in a false advertising action?  Here, the FTC took the position that, because the FTC has previously put Kohl's on notice about these issues through prior warning letters and other public actions, it was entitled, under its Penalty Offense Authority, to obtain civil penalties.

What are some important takeaways here?

While green marketing hasn't been a top enforcement priority for the FTC in recent years, this enforcement action signals that the FTC -- ahead of its revisions to the Green Guides -- is clearly turning its attention back to environmental marketing claims in a big way.

In addition, the fact that the complaint includes numerous allegations relating to general environmental benefit claims -- such as "eco-friendly" and "going green" -- should serve as a warning to marketers generally to take a close look at the types of general green claims that they are making right now.

And, finally, this action is another example of the FTC's willingness to push the envelope in order to get big damages from marketers.  The FTC is clearly not waiting for Congress to act to give it the enforcement authority it is seeking. 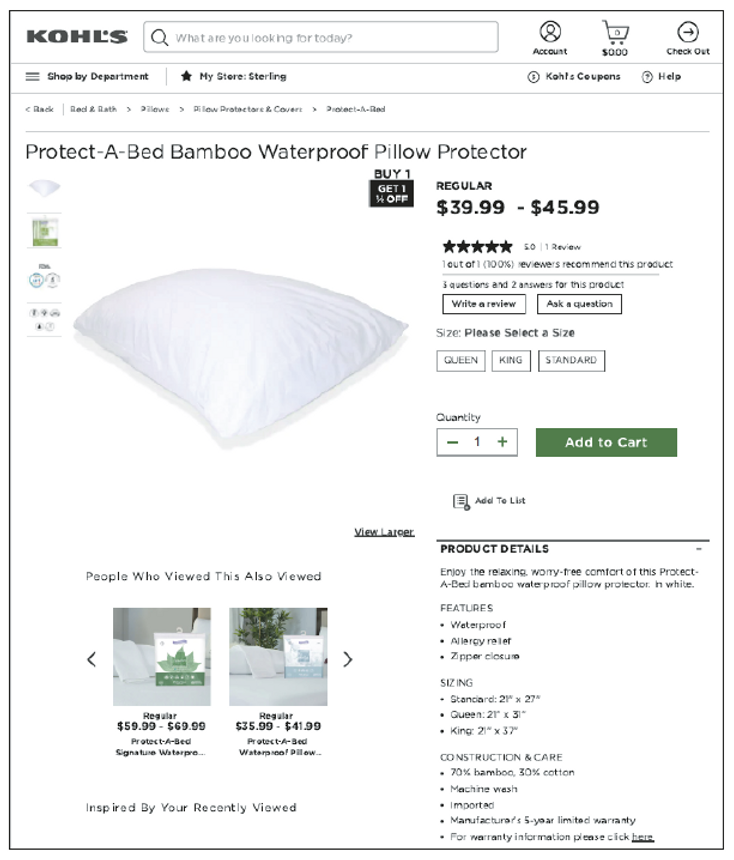