The Federal Trade Commission, along with law enforcement agencies from six states, sued internet service provider Frontier Communications, alleging that Frontier failed to provide consumers with promised internet speeds and charged them for higher speeds than it actually provided.  The FTC said, "Since at least January 2015, thousands of consumers complained to Frontier and government agencies that the company failed to provide DSL Internet service at the speeds they were promised."

In the lawsuit, the FTC and the states of Arizona, California, Indiana, Michigan, North Carolina, and Wisconsin charged that that Frontier advertised internet speeds to consumers, but it did not consistently provide those speeds.  The FTC and the states alleged that, in Frontier's advertising, the company promoted internet service with certain "speeds" or "max speeds" and with speeds that are "up to" or "as fast as" a particular speed.  They also alleged that Frontier disclosed "in tiny, inconspicuous print separated from the main message of the advertisement" that "Maximum service speed is not available to all locations and the maximum speed for service to your location may be lower than the maximum speed in this range.  Service speed is not guaranteed and will depend on many factors.  Your ability to stream may be limited by speeds available in your area."  Frontier advertised those speeds through digital display advertising, internet search advertising, and direct mail.

The FTC and the states also alleged that when advertising through direct mail and through geotargeted advertising, as well as when speaking directly with consumers during the sales process, Frontier had access to information that indicated that it was unable to provide the speeds that it was advertising to those consumers.  They charged, "In numerous instances, Frontier has sent consumers advertisements for DSL Internet service at speed tiers that Frontier could not provide to them."

While this case is still at the very early stages, and it remains to be seen whether the FTC and the states will be able to prove their case, there are still some important take-aways for advertisers.

First, it's important to note that the FTC brought this case along with six states.  While this is certainly not the first time that the FTC has brought join actions jointly with states, this is probably something we're going to see a lot more of in the near future.  That's because of the Supreme Court's recent decision limiting the FTC's ability to obtain monetary relief from consumers.  By partnering with states which have the  authority to obtain damages, the FTC can essentially obtain the relief that it has lost the power to seek.

Second, in yet another of a long line of cases, the FTC completely dismisses the effectiveness of an advertiser's disclosures.  If you're making claims, and then including fine print that significantly modifies those claims, it's unlikely that the FTC, or the states, are going to think that those disclaimers are effective.

Third, the allegations in the case related to geographic availability are also worth paying attention to.  Here the FTC and the states said it was misleading to advertise a service directly to consumers when the service is not available in their area.  If you're sending direct mail to consumers, or geotargeting advertising, the regulators seem to be saying here that advertisers have an obligation to ensure that the claims made in that advertising are relevant to the specific consumers to whom the advertising is targeted.  They're saying that it's not enough to say that speeds "up to" a certain amount are available, if those maximum speeds aren't available in that specific area.  This has significant implications for national advertisers who are advertising products and services that are not available nationally.  This case emphasizes that advertisers generally need to ensure that the claims that consumers see are specifically relevant to them where they live. 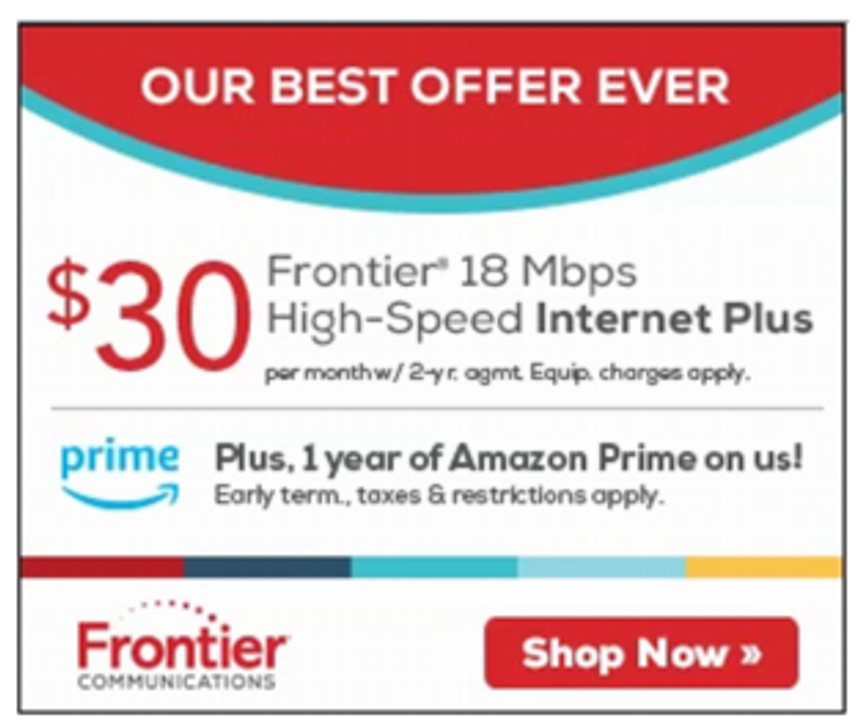