ACTs and SATs: the bane of high school students’ existence.  And that of their anxious parents.  Most of us have probably thought about these tests and the companies that offer them kind of like, well, colonoscopies: exceedingly unpleasant but necessary. A rite of passage. But, according to NAD, the ACT is also a product offered by a commercial enterprise and what the company says about the availability of its tests is “advertising” and subject to scrutiny.

In a recent routine monitoring case, NAD reviewed “claims” on ACT Inc.’s website and Facebook page, namely that students can take the ACT at certain test sites and that cancelled tests are rescheduled in consultation with testing center staff and per instructions provided to students.  In other words, NAD opened a case about the basic information ACT provides to its potential customers (students and their anxious parents).  Why?  Apparently, as cited by NAD in its Decision, because “complaints about large-scale ACT test center closures during the pandemic were widely reported.” And, further, “a search of ACT’s Facebook pages revealed numerous frustrated parents who noted that centers that were listed as available for registration were closed.”  NAD apparently took "judicial notice" of articles in the Washington Post and Forbes about student and parental frustration and also took note of the public freak-out on ACT’s Facebook page.

ACT responded to NAD’s inquiry by challenging NAD's jurisdiction, arguing that ACT's statements did not constitute “national advertising” as required by NAD’s self-regulatory procedures.  NAD disagreed, finding that the ACT’s statements on its website and Facebook page are intended “to induce the consumer to register for the test,” and, therefore, a “sale or other commercial transaction.” Indeed, the students are “consumers making a purchase.”  Further, the website and Facebook page “promote the value of ACT’s services and describe ACT’s efforts to add test sites and locations despite the COVID-19 pandemic. The website and Facebook pages also describe its policies for informing test takers about test cancellations and rescheduling, information about the material terms and limitations of the testing which would be important to those who register for the test.”  Accordingly, and not surprisingly, NAD therefore found that it had jurisdiction to evaluate ACT’s statements.

Having determined that it had the jurisdiction, NAD addressed the substance of the claims, and assessed the measures ACT took to communicate test center availability, cancellations and rescheduling policies, in order “to make sure that test takers were getting truthful and not misleading information”.  NAD found that the revisions that ACT made, particularly to its registration page (the “point of sale”) were adequate in providing “truthful and accurate information to test takers regarding cancelled and rescheduled tests.”  Accordingly, NAD did not recommend further revisions regarding these policies.

However, NAD also evaluated ACT’s representations that test locations were available and able to administer the test at the time of registration.  As to those representations, and in light of the fact that NAD itself “confirmed that a center that was available for registration was, in fact, closed at the time of registration,” NAD recommended that ACT modify its claims about availability of test centers in order to  “clearly and conspicuously disclos[e] information about test center availability and the process for reconfirming availability based on the status of the pandemic.”

Dear reader, do you find this case as interesting as I do?  And are you wondering what other types of “claims” might be subject to NAD’s routine monitoring?  I, for one, will be watching closely.

(Description of graphic for visually-impaired readers: drawing of a student at a desk, head in hands, with a stack of books.)

“The college admissions process is stressful and possibly even more stressful during a pandemic.” NAD/CARU Case Report #6429 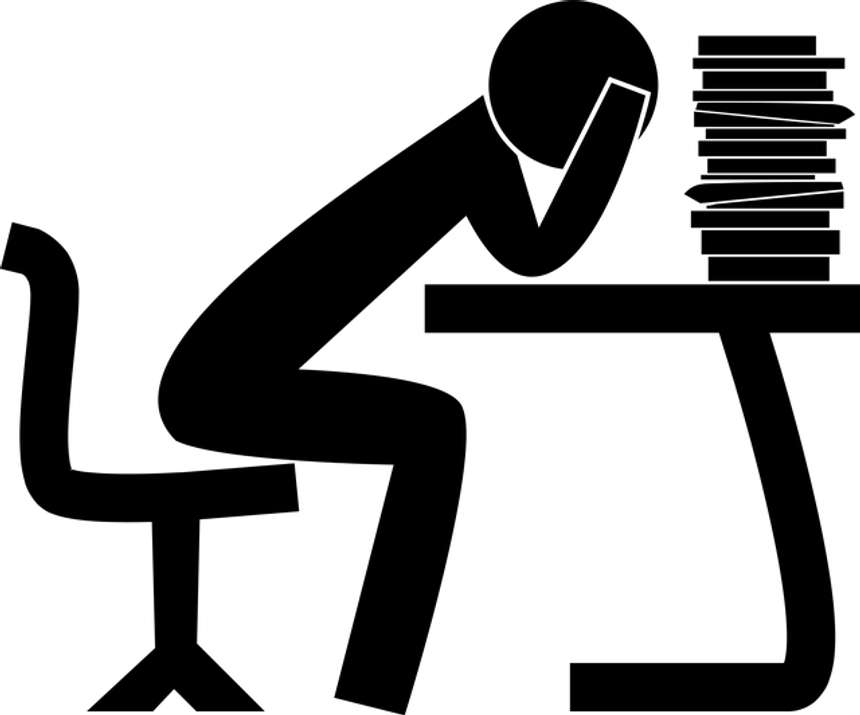