Does the First Amendment protect a publisher of supposedly independent product reviews if it turns out that the publisher was actually paid to favor certain products over others?   That was the issue in a recent case decided by the 9th Circuit.

NutriSearch presents itself as an independent company that presents only objective information to the public.  Every edition of the Guide, until the 6th edition, included the following statement:  "The guide was not commissioned by any public sector or private sector interest, or by any company whose products may be represented herein.  The research, development, and findings are the sole creative effort of the author and NutriSearch Corporation, neither of whom is associated with any manufacturer or product represented in this guide."

Dietary supplement maker Ariix sued NutriSearch under the Lanham Act.  Ariix alleged that NutriSearch's claims that it was an independent reviewer were false, since the publisher had an undisclosed financial relationship with one of Ariix's competitors, Usana Health Science.  Because of that relationship, Ariix alleged, Usana got better ratings in the the Guide.  Specifically, Ariix alleged that Usana paid hundreds of thousands of dollars annually to NutriSearch and its author and that Usana colluded with them to make the Guide's ratings benefit Usana.

The lower court dismissed the complaint, essentially holding that the Guide isn't an advertisement (within the meaning of the Lanham Act) and that, in any event, NutriSearch didn't make any statements that were actionable.  Ariix appealed, and the 9th Circuit reversed and remanded.  Here's why.

Does the Guide qualify as "advertising"?

The Lanham Act prohibits misrepresentations in "commercial advertising or promotion."  The 9th Circuit defines "advertising" in this context as:  (1) commercial speech, (2) by a defendant who is in commercial competition with the plaintiff, (3) for the purpose of influencing consumers to buy defendant's goods or services, (4) that is sufficiently disseminated to the relevant purchasing public.

Focusing on whether the Guide is "commercial speech," the court held that the plaintiff had sufficiently alleged that it is, since the plaintiff claimed that the Guide is a sham marketing ploy intended to boost Usana's products.  In evaluating whether this allegation was sufficient, the court considered the Supreme Court's Bolger factors, which are whether:  (1) the speech an advertisement, (2) the speech refers to a particular product, and (3) the speaker has an economic motivation.

Looking at the first factor, the court acknowledged that the book is not in the form of a traditional advertisement, but said, "this fact alone does not tell us much, especially given today's sophisticated and subtle marketing campaigns."

The court found that applying the second factor isn't that helpful in the analysis as well, since both commercial and non-commercial speech can refer to specific products.

Applying the third factor, the court asked whether the speaker acted "primarily" out of economic motivation, not simply whether the speaker had an economic motivation at all.  Here, the court held that Ariis sufficiently alleged that NutriSearch and the author published the Guide "mainly with the economic goal of furthering their own self-interests beyond simply benefiting from sales of the publication."   The court further explained that it wasn't simply the alleged payments to NutriSearch and the author that raised concerns, but that Ariix's allegations "raise significant doubts about whether the Guide is an objective compilation of product reviews and suggest that the Guide is instead a sham marketing scheme intended to benefit Usana."  The court pointed to the fact, for example, that the disclaimer in the Guide claimed that the Guide is "the sole creative effort of the author and NutriSearch Corporation, neither of whom is associated with any manufacturer or product represented in this guide."

The court emphasized that its decision should be read narrowly to apply to the specific "troubling" allegations in this case -- that the Guide is a "marketing sham rather than a product review guide."  The court wrote, "when someone falsely claims to be independent, rigs the ratings in exchange for compensation, and then profits from that perceived objectivity, that speaker has drowned the public trust for economic gain."

The court also noted that a mere failure to disclose bias or financial interest would not necessarily make speech commercial.  The court held, here, that the allegations went far beyond that -- "the defendants conceived the Guide to juice sales of Usana products, actively misled the public about their supposed independence, and fiddled with their own ratings criteria to boost a favored company that lavishes them with hundreds of thousands of dollars in compensation."

Does the Guide contain misrepresentations?

The court then considered whether Ariix sufficiently alleged that the Guide made false or misleading misrepresentations, which are "specific and measurable claim[s], capable of being proved false or of being reasonably interpreted as a statement of objective fact."  The court also pointed out that statements of opinion and puffery, however, are not actionable.

The court held that the five-star ratings in the Guide are not actionable because they are "simply statements of opinion about the relative quality of various nutritional supplement products."  The court was not persuaded that statements made by the author that he "didn't want to put our particular bias into it" or that the Guide relies on a "higher standard of evidence" transformed the star ratings into claims.  The court held that those statements were classic, non-actionable opinions or puffery.

On the other hand, the court held that Guide's claims that it is independent and that it is not associated with any manufacturer, as well as the Guide's failure to award a certification, were all statements of fact that were actionable.

Product reviews are an important part of the marketing ecosystem right now.  So, it's no surprise that, in addition to seeing government enforcement, competitors are also alleging that sponsored reviews, that don't adequately disclose the reviewer's relationship with the sponsor, violate the law.  What may come as a surprise, however, is how differently a court, applying the Lanham Act, may approach this problem.  While here the court found that an undisclosed financial relationship was not enough, by itself, to establish a claim, the FTC would more than likely have said that it did.  And while star ratings may have seemed like mere statements of opinion to this court, it's likely that the FTC would be concerned that "purchased" star ratings do, in fact, mislead consumers about the independence of the review.

With a review (no pun intended) of the FTC's Endorsement Guides underway, we should expect to see additional guidance from the FTC about how to navigate these issues before too long.  In the meantime, if you want to learn more about these issues, come join us for our "Advertising and Consumer Reviews" webinar on February 12th.

"when someone falsely claims to be independent, rigs the ratings in exchange for compensation, and then profits from that perceived objectivity, that speaker has drowned the public trust for economic gain" 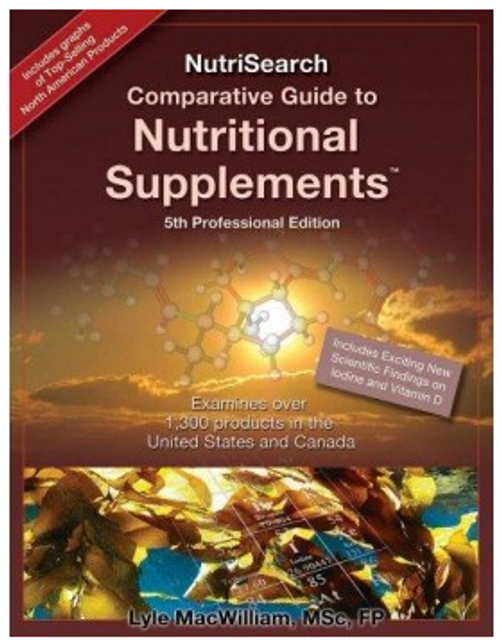