In a new Decision, NAD addressed business-to-business claims made by France Media Inc. for its commercial real estate publishing platform, claims which had been challenged by competitor CapRate Events.  The two companies publish content and host conferences for real estate professionals.  I’m impressed that two such specialized publishing companies made their way to NAD to adjudicate their beef. NAD rewarded their participation with a very thorough analysis of the claims and substantiation.

First at issue was FMI’s claim to be the largest commercial real estate publisher in the United States, a claim which NAD noted commercial real estate professionals could not assess for themselves and reliance on which “could result in serious financial consequences” to a commercial real estate developer budgeting its marketing dollars. (Reliance!  In an NAD decision!)  Moreover, NAD determined that such a statement is not puffery because FMI often linked it to the number of magazines and other content it publishes.  Given the sophistication of the audience to whom the claim was directed, the “largest” claim could convey any number of different meanings for an audience evaluating the level of exposure it could obtain from the platform: FMI’s number of its publications, its circulation and/or its readership, all objectively provable factors to consider when determining whether to sponsor an event on FMI or on a competitive platform.

Having determined that claims and not puffery were at issue, NAD next evaluated the support offered by FMI.  Noting that “perfection is not required” to substantiate a claim, NAD still parsed FMI’s support to determine it was a good fit for the various variants of the claim at issue.  While finding that FMI claim that it is the “largest commercial real estate publisher of print and digital publications in the United States” was supported by evidence of having more publications than competitors, its broader “largest” claim required a different type of support because, unqualified, the claim also reasonably conveyed the message that its "largest" claim was based on circulation and readership. Rejecting the challenger’s argument that claims regarding readership must be substantiated through the standards of, and verification by, organizations like the International Federation of Audit Bureaux of Circulations, NAD did determine, however, that FMI’s comparative analysis of circulation and readership numbers was not sufficiently robust or reliable to support FMI’s unqualified “largest” claim.

NAD also addressed FMI’s claim that its readership comprises “more than 322,000 industry professionals.”  On its face, this would seem pretty straightforward, but CapRate Events challenged the claim with the argument that the readership numbers must be based on actual interaction with FMI, e.g., open and click through rates on content and actual opt-ins.  NAD did not agree, and accepted FMI’s own data regarding its numbers of unique subscribers (whose professions are identified during their sign-up process) and the approximate number of additional people who read each edition (i.e., pass-along readers), based on a survey FMI conducted.

Finally, NAD evaluated FMI’s claim that it offers “more exposure” or “more visibility” than “any other conference series in commercial real estate.”  CapRate Events challenged the claim, arguing that this superiority claim must be supported by comparative evidence on the number of individuals who are exposed to sponsor’s advertisements based on readership and reach of their respective publications, the number and nature of conferences and events, and attendance at such events.  NAD disagreed, finding that since FMI prefaced the claim with a reference to the number of its publications, FMI could adequately substantiate the claim based on that number (which is higher than its competitors’) rather than all of the other indicia of exposure and visibility cited by the challenger.

Have I said that context matters?  Size often is very important to the audience to which a claim about it is made, maybe particularly in a B2B context where managers are figuring out how best to spend their marketing dollars. But how size is measured can vary considerably from industry to industry and, even within an industry.  As this Decision demonstrates, the specificity and context of a claim about size can make all the difference between surviving a challenge and not.

(Description of graphic for visually-impaired readers: a drawing of a laptop with the screen showing an online video conference with several participants.) 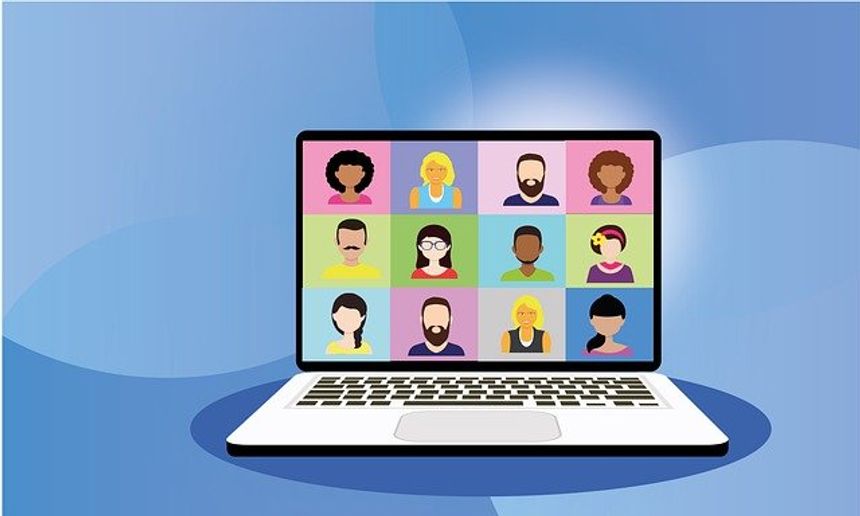