This summer, my colleague and I wrote (here and here) about the #StopHateforProfit campaign, which was organized by various civil rights organizations and called on advertisers to boycott Facebook in the month of July in response to “Facebook's repeated failure to meaningfully address the vast proliferation of hate on its platforms.”  The stated purpose of the campaign was to "organize corporate and public pressure to demand Facebook stop generating ad revenue from hateful content, provide more support to people who are targets of racism and hate, and to increase safety for private groups on the platform, among other measures." The campaign was successful in getting nearly 1,000 brands to pause their advertising campaigns on Facebook and Instagram during the month of July.  And now it has kicked off another “week of action” to demand further change from Facebook, and enlisted celebrities to join the cause.

On its website, the campaign asked supporters to participate by “joining us as we post a specific message each day about the harms that Facebook has inflicted on our society and the importance of voting,” and by freezing their accounts for 24 hours yesterday, September 16.

Celebrities including Kim Kardashian West, Katy Perry, Ashton Kutcher, Leonardo DiCaprio, Sacha Baron Cohen, Demi Lovato and others declared their intention to participate in the campaign’s efforts to ramp up pressure on Facebook, particularly in the lead-up to the election.  The celebrities posted information about the campaign on their Facebook and Instagram accounts, explaining their support for the movement and decisions to “go dark” for a day (see sample posts below).

Kim Kardashian:  “I love that I can connect directly with you through Instagram and Facebook, but I can’t sit by and stay silent while these platforms continue to allow the spreading of hate, propaganda and misinformation - created by groups to sow division and split America apart – only to take steps after people are killed. Misinformation shared on social media has a serious impact on our elections and undermines our democracy. Please join me tomorrow when I will be “freezing” my Instagram and FB account to tell Facebook to #StopHateForProfit. Link in bio for more info on how to preserve truth.

Ashton Kutcher: “These tools were not built to spread hate, violence, and misinformation, but when companies and individuals benefit from these behaviors, financially or otherwise, it becomes their responsibility to mitigate the unintended utilization. #StopHateForProfit”

Kate Perry:  “In a time of deceit telling the truth is a revolutionary act.” - George Orwell.  I love sharing my music and my life with you on Instagram and Facebook, but TBH I can’t sit idly by while these platforms turn a blind eye to groups and posts spreading hateful disinformation and intentional confusion. I’m standing with @naacp, @colorofchange, and @adl_national and will be freezing my Instagram and Facebook accounts on Wednesday, September 16th to tell Facebook to #StopHateForProfit. Will you join me?! Link in bio for more info on how to preserve the truth ♥️ 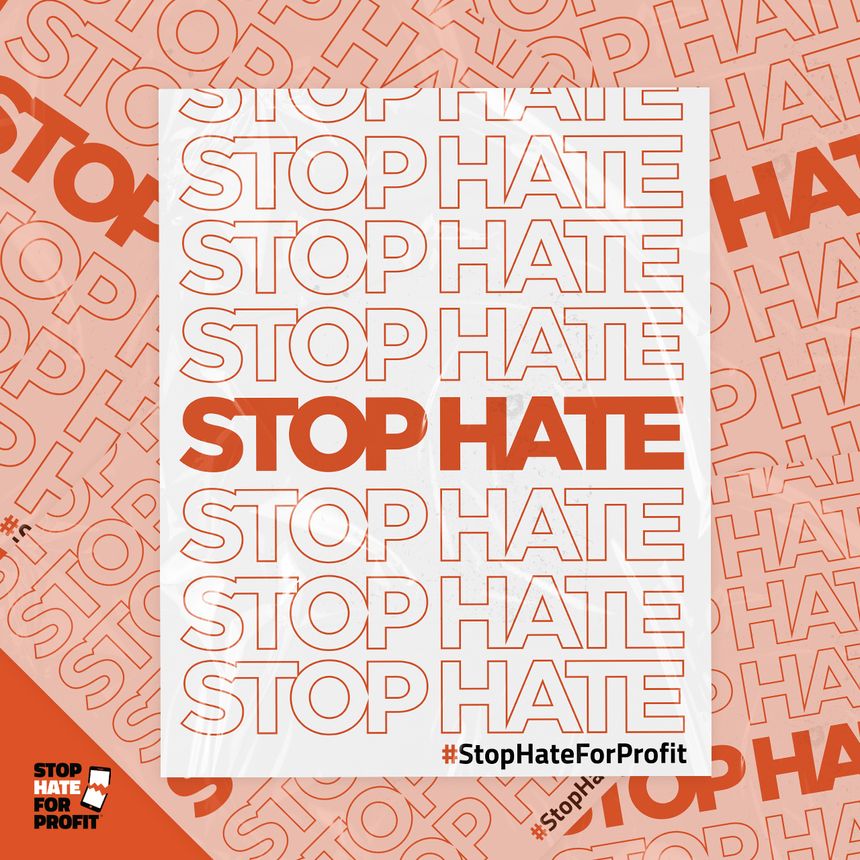