Health-Ade makes a line of "Health-Ade" branded kombucha beverages.  The drinks -- which are promoted as a "bubbly probiotic tea for a happy gut" -- come in a variety of flavors, such as "Passion Fruit - Tangerine," "Pink Lady Apple," and "Tropical Punch."  Does the "Health-Ade" name of the product mislead consumers about how healthy the drinks are, in light of the fact that they contain sugar?  That was the issue in a recent decision issued by the United States District Court for the Northern District of California.

The plaintiffs sued Health-Ade, alleging false advertising and other claims under California law, on the grounds that the product labels are misleading because they imply that the drinks are healthy when the "high sugar content" actually makes them unhealthy.

Under California's "reasonable consumer" test, in order to show that Health-Ade engaged in false advertising, the plaintiffs must show that members of the public "are likely to be deceived."  Health-Ade argued that no reasonable consumer would be misled by the labeling, since the terms "kombucha" and "ade" communicate to consumers that the product is a sweet drink made with tea and sugar.

Siding with the plaintiffs, the court denied the motion to dismiss, holding that the use of the word "health" along with the word "ade" (which sounds like "aid," the court noted) made it "plausible that reasonable consumers would construe 'Heath-Ade' to mean healthy."  The court said that this finding is supported by the fact that some of the products also have a cross on them (which evokes the Red Cross symbol).  In addition, the court said that, even if consumers understood the name of the product to communicate that the product contains sugar, the plaintiffs have still plausibly alleged that they were misled about whether the drink is, in fact, healthy.

The court also rejected Health-Ade's argument that the term "health" is non-actionable puffery as a matter of law.  Defining puffery as "generalized, vague and unspecific assertions," the court explained that "the principal issue when evaluating claimed puffery is whether a consumer would rely on the challenged term."  The court noted that other courts had already held that terms like "healthy" do not constitute puffery because consumers may actually rely on them when making purchasing decisions.  In addition, the court pointed to the fact that the plaintiffs had presented studies that suggest that whether a product is "healthy" can be determined in accordance with scientific standards. 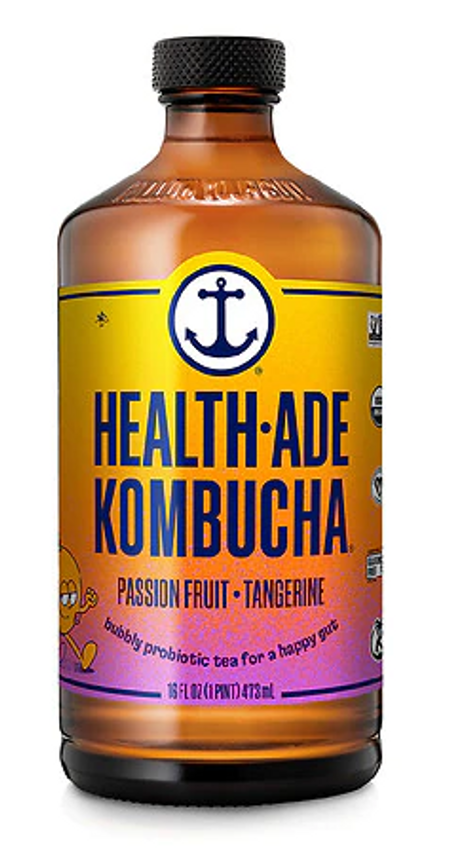