Plaintiff Advanta-STAR offers subscriptions to an extensive database of vehicle comparisons that highlight the advantages that one car has over competitive models. Its customers are mostly car dealerships that, according to Advanta-STAR, can use its "unbeatable research" from "more sources than any other" to "supercharge ... dealership sales!" As a result of routine monitoring to uncover unlicensed uses of its content, Advanta-STAR discovered that a dealer (located in Slidell, Louisiana, known as the Camelia City) had included on its website three vehicle comparisons that "contained entire paragraphs that [were] identical" to Advanta-STAR's content. Advanta-STAR eventually learned that the dealer had engaged defendant DealerCMO as a vendor, and DealerCMO had prepared and posted on the dealer's website the allegedly infringing copy. When cease and desist letters received no substantive response, Advanta-STAR sued DealerCMO and its CEO for copyright infringement and violations of the DMCA for removal and falsification of copyright management information.

Courts in the Fifth Circuit use the familiar two-step “filtration” analysis to evaluate whether two works are substantially similar. Initially, courts filter out any elements that are not protectable by copyright - such as facts, ideas, prior art, or scènes à faire. Following filtration, courts then compare the protectable elements in the two works to determine whether a layperson would view the two works as substantially similar. See Nola Spice Designs, L.L.C. v. Haydel Enters., Inc., 783 F.3d 527 (5th Cir. 2015).

Advanta-STAR argued that its comparisons were individually protectable as “factual compilations” or as “narratives describing research." Specifically, Advanta-STAR contended that the individual comparisons constituted protectable creative expression based on its selection of which vehicles and features to include, and its articulation of “facts in sentences, phrases, and tables that are clear and concise."

The court's opinion includes a chart that shows the parties' vehicle comparisons side-by-side. Below I reproduce one of the defendants' vehicle comparisons (for the Hyundai Sonata vs the Toyota Camry), with text highlighted in yellow to indicate language taken verbatim from Advanta-Star's comparison of the same two cars: 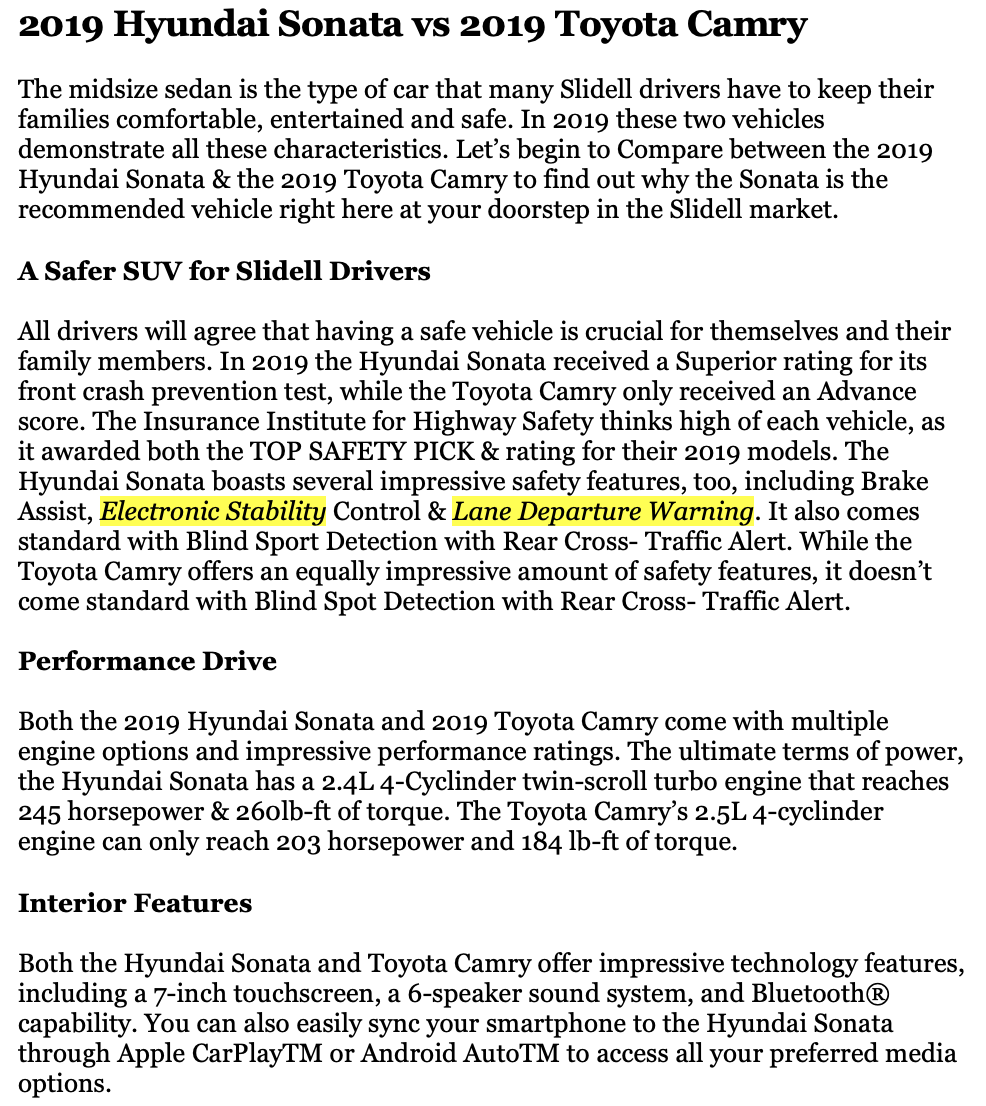 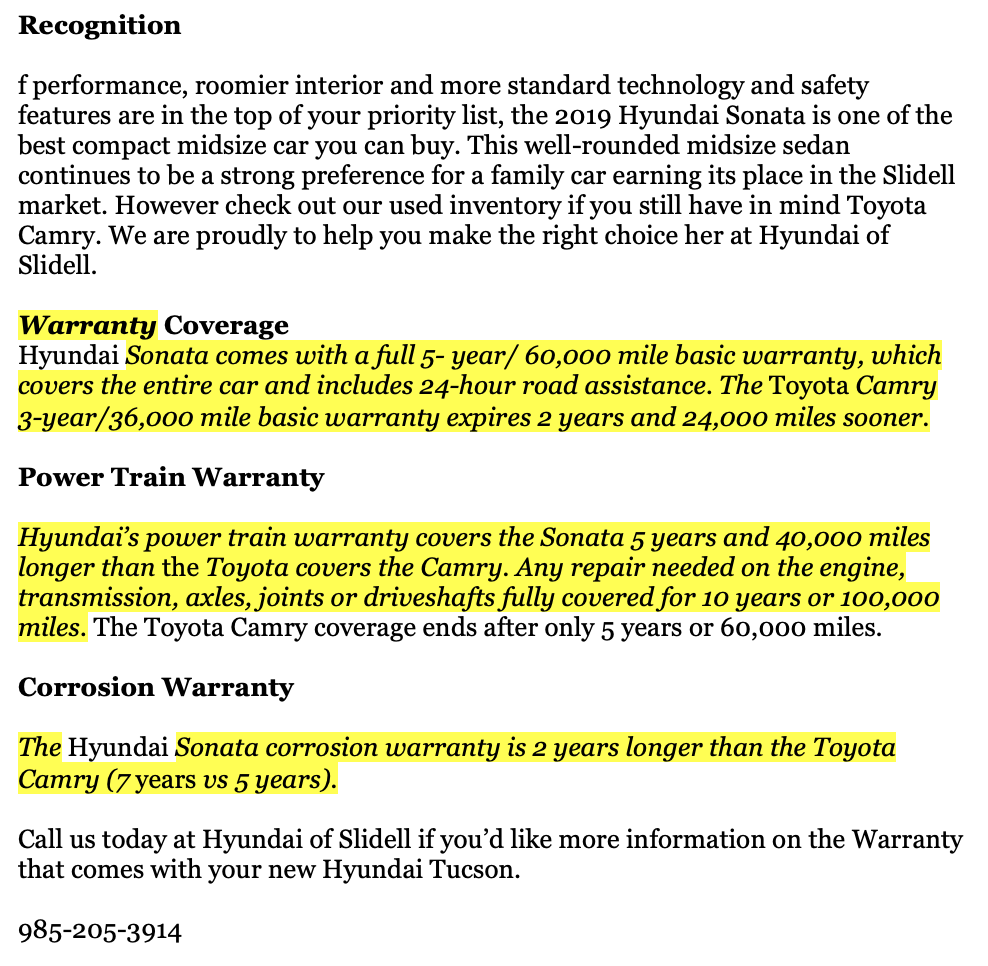 Yes ... that's all there is (at least for this particular car comparison) - a mere smattering of car jargon.

The court concluded that this comparison "demonstrate[d] that defendants largely took unprotected factual information from plaintiff’s comparisons," such as highway fuel milage, warranty options, or the length of its brake rotors. These are "objective facts that plaintiff admits were taken from other sources, and are thus not original." While it was true that defendants also copied certain words and phrases from the Advanta-STAR's comparisons, many of those words and phrases (such as “fuel capacity,” “child safety locks,” or “EPA test cycle”) were not original to Advanta-STAR and, in any event, are not protectable. Short phrases that are dictated by "functional considerations" and "industry demand and practice" - such as those describing a vehicle’s fuel capacity or engine type - do not meet the minimal level of creativity necessary. Moreover, when, as here, there are a limited number of ways to express an idea, protecting short phrases would be tantamount to protecting the idea itself, which is (of course) prohibited. Even if Advanta-STAR's selection of which vehicles and features to compare, or its arrangement of content within each individual vehicle review, was entitled to thin copyright protection, Advanta-STAR had failed to identify, with specificity, how "defendants impermissibly copied such protected elements." And, of course, it mattered not a whit that Advanta-STAR had gone to a lot of trouble and expense to create its database: "it is well established that substantial effort or expense, by themselves, do not make a factual compilation protectable." See, e.g., Feist Publications, Inc. v. Rural Telephone Service Co., Inc., 499 U.S. 340, 347 (1991) ("originality, not ‘sweat of the brow,’ is the touchstone of copyright protection in directories and other fact-based works").

"In sum, after reviewing the allegedly copied portions of plaintiff’s comparisons, the Court finds that any similarities are based almost exclusively on unprotectable elements of plaintiff’s copyrighted database. Once these unprotected elements are filtered out, plaintiff cannot carry its burden of showing that the two works are substantially similar. Instead, comparing only the protected elements of plaintiff’s content to defendants’ allegedly infringing content, plaintiff has shown, at most, that defendants copied a few isolated words and phrases from plaintiff’s comparisons. The Court thus concludes that no reasonable juror could find that the two works in terms of protectable expression—i.e. just a handful of words and short phrases—are substantially similar." 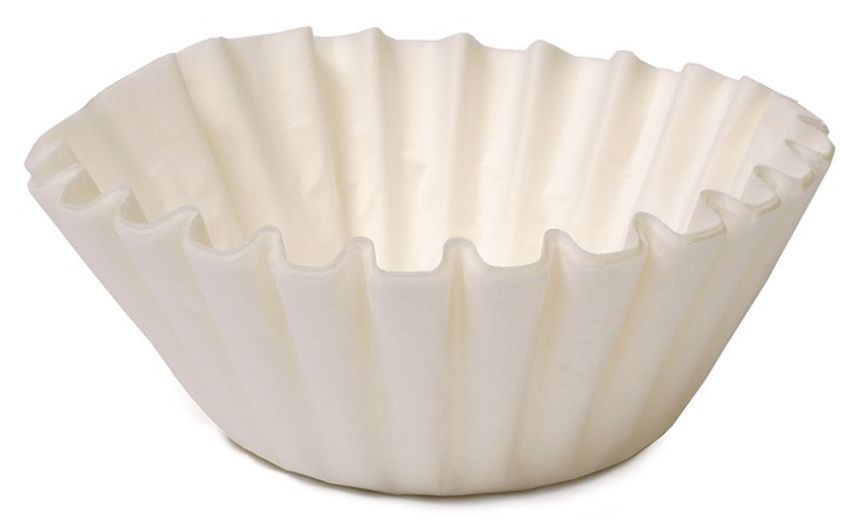