The Federal Trade Commission announced that it issued an order banning marketing agency Traffic Jam Events and its owner from working in the auto industry, after the FTC found that the marketing agency created automobile dealer marketing campaigns that deceived consumers about the dealer's affiliation with a government stimulus program and about whether consumers had won prizes and also failed to comply with the Truth in Lending Act's disclosure requirements.

According to the FTC's findings (written by Commissioner Christine S. Wilson), Traffic Jam Events sent out direct mailings that misled consumers about an auto dealer's affiliation with a government COVID-19 stimulus program -- when consumers were really just being lured to a used car sale.  In addition to making claims such as, “IMPORTANT COVID-19 ECONOMIC STIMULUS DOCUMENTS ENCLOSED,” the mailers used the Great Seal of the United States and contained a fake “Stimulus Relief Program” check.  The FTC didn't buy the marketing agency's arguments that the mailings were not deceptive, holding that sufficient evidence has been demonstrated to show that, "consumers acting reasonably would likely have regarded the challenged mailings as associated with a government stimulus program and as providing official information about an opportunity for receiving COVID-19 stimulus relief."

The FTC also found that Traffic Jam Events' direct mailings deceived consumers into believing that they had won large cash prizes, which they could collect by vising the car dealership.  When they arrived at the dealer, however, they learned that they had not, in fact, won a big cash prize prize.  The FTC brushed aside the marketing agency's argument that the advertising wasn't deceptive in any material way because, even if consumers didn't win the big cash prize, they still won something -- such inexpensive earbuds.  The FTC wrote, "A promised cash payout of $2,500 would likely affect consumer behavior significantly more than would a $6 pair of earbuds."

In addition, the FTC found that credit offers included in Traffic Jam Events' mailings failed to comply with the Truth in Lending Act's disclosure requirements.  Specifically, the FTC determined that the marketing agency's mailers prominently quoted monthly payments to purchase vehicles on credit, but did not provide, or hid in small print, key financing terms required by law.  Repeating a well-established principle, the FTC wrote, "Disclosures in tiny print, condensed text, or in difficult-to-find locations are not conspicuous" under the Truth in Lending Act.

Significantly, the FTC also held the marketing agency's owner personally liable for the acts of his agency.  As a general matter, an individual is liable for a business entity's deceptive acts or practices if the individual "had the authority to control or participated directly in the acts or practices at issue."  The FTC found here that there was sufficient evidence to show that the owner should be held personally liable.  In making this finding, the FTC pointed to the fact that the owner oversaw all departments at the marketing agency, exercised day-to-day control over hiring, firing, and other agency affairs, and also got involved in operational matters as well -- including the mailings at issue here.

The FTC's order prohibits Traffic Jam Events and its owner from engaging in any business activities related to the auto industry for the next twenty years.

The order also prohibits the defendants, in connection with any advertising, from misrepresenting any material facts, including facts related to (1) financial assistance or relief from the government, (2) any prize, sweepstakes, lottery, or giveaway, (3) any affiliation, association with, endorsement, sponsorship, or approval by the government, and (4) the nature, value, or amount of any incentive and all material restrictions, limitations, or conditions applicable to the purchase, receipt, or use of any product or service.  In addition, the order also requires the defendants to comply with Reg Z's disclosure requirements.

Here are some important takeaways from the FTC's enforcement action.

Most significantly, the FTC prohibited an advertising agency from working in an entire sector -- the auto industry -- because it created false and misleading auto advertising.  While advertising agencies do have liability for participating in the development of false advertising, the FTC rarely prosecutes them.  Here, not only did the FTC go after the agency, but instead of obtaining more traditional relief that would have prohibited the agency from engaging in similar acts in the future in connection with auto advertising, the FTC essentially determined that the agency's actions were so egregious that the agency should be completely banned from working in the auto industry.  The FTC's order was no doubt influenced by the fact that the marketing agency had conducted unlawful prize mailings even after "entering into three prior consent orders with state authorities that identified their ads as deceptive."  Even though this may have been an extreme case, it's important for advertising agencies to recognize that the FTC has their eye on them -- and that, if they cross the line, they may get far more than a slap on the wrist and some bad publicity.

This enforcement action also emphasizes how seriously the FTC is treating the problem of companies falsely suggesting that their products or services are endorsed by or are affiliated with the government.  Just last December, the FTC launched a rulemaking aimed at fighting government and business impersonation fraud, which it said is "a pernicious and prevalent problem that has grown worse during the pandemic."  The lesson here is that, if you're referencing a government agency in your advertising, or using government seals, you'd better make real sure that you're not misleading consumers about what the advertiser's relationship is with the government.

Finally, it's important for advertising agencies and advertisers to note how quickly the FTC dismissed out-of-hand the use of disclaimers in the advertising, on the grounds that they were too small or not in the right place.  In order for a disclaimer to be effective, it needs to be "clear and conspicuous."  That means that it must be easily seen, read, and understood by consumers.  If you've got a potentially misleading claim in your advertising, the FTC's is, yet again, making its position very clear -- that you'll never effectively qualify a claim by using fine print that no one is ever going to see or understand.

"Disclosures in tiny print, condensed text, or in difficult-to-find locations are not conspicuous" 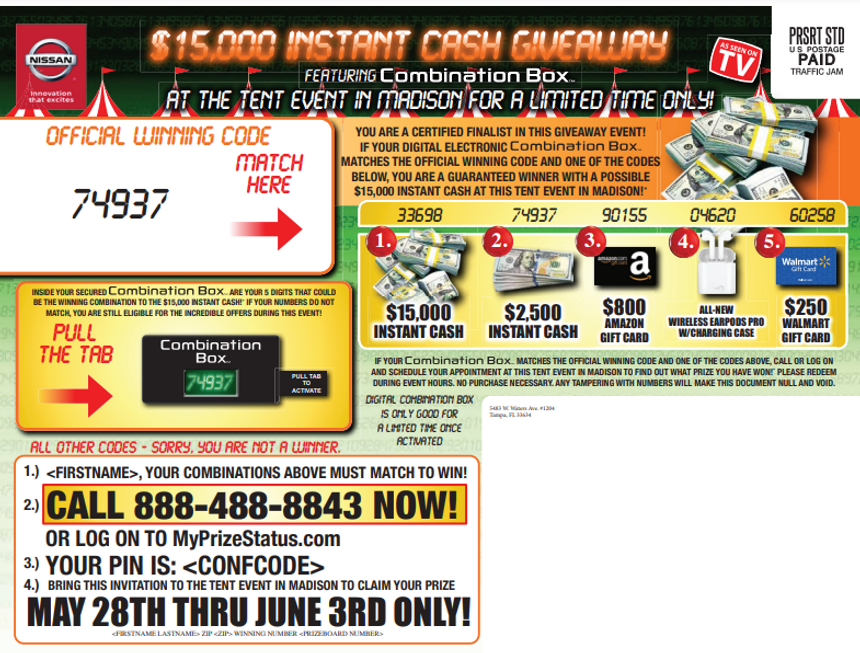