Last year, the United States District Court for the Southern District of New York dismissed a claim against Starbucks, brought under New York law, alleging that the coffee chain misled consumers by advertising its products using all sorts of positive language, without disclosing that it uses noxious pesticides to kill bugs in its stores.  Relying heavily on the concept of "puffery," the Second Circuit just affirmed the decision.  Here's why.

In order to successfully assert a false advertising claim under New York law, a plaintiff must allege that a defendant has engaged in (1) consumer-oriented conduct that is (2) materially misleading and that (3) the plaintiff suffered injury as a result of the deceptive act or practice.  In order for advertising to be "misleading," the advertising must be "likely to mislead a reasonable consumer acting reasonably under the circumstances."

Marketers are not responsible for statements that are puffery, however, because those are not the kind of statements upon which a consumer would reasonably rely when making a purchasing decision.  The Second Circuit explained, "Puffery is an exaggeration or overstatement expressed in broad, vague, and commendatory language.  Such sales talk is considered to be offered and understood as an expression of the seller's opinion only, which is to be discounted as such by the buyer."

One type of puffery is a non-specific claim that one product is better than another  The Second Circuit explained it as, "a general claim of superiority over comparable products that is so vague that it can be understood as nothing more than a mere expression of opinion."

Looking at Starbucks's advertising, the court held that statements such as, "Best coffee for the best you," "taste of inspiration," "Starbucks or nothing," and "heart, soul, craft, pride, love; you won't find that in any other cup of coffee" are all puffery.  The court wrote, "These statements vaguely assert that Starbucks's coffee is better than its competitors' in a manner best "understood as an expression of the seller's opinion only."  They aren't, the court said, specific enough to "misrepresent an inherent quality or characteristic of the defendant's product."

The Second Circuit also didn't think that the advertising, taken as a whole, conveyed a more specific message about Starbucks's products, since the ads don't communicate, even indirectly, any specific details about its products.

The Second Circuit acknowledged, however, that Starbucks did make certain statements -- such as claims about how Starbucks sources its products, how it crafts its products, and what it includes in its baked goods -- that were "plausibly specific enough" to be more than just puffery.  The court held, however, "No reasonable consumer would believe that these statements communicate anything about the use of pesticide in Starbucks's stores."  The court explained that a pesticide cannot reasonably be considered to be an ingredient in Starbucks's baked goods, it doesn't not affect whether actually Starbucks handcrafts its coffee, and it has nothing to do with the company's sourcing practices.

"Puffery is an exaggeration or overstatement expressed in broad, vague, and commendatory language" 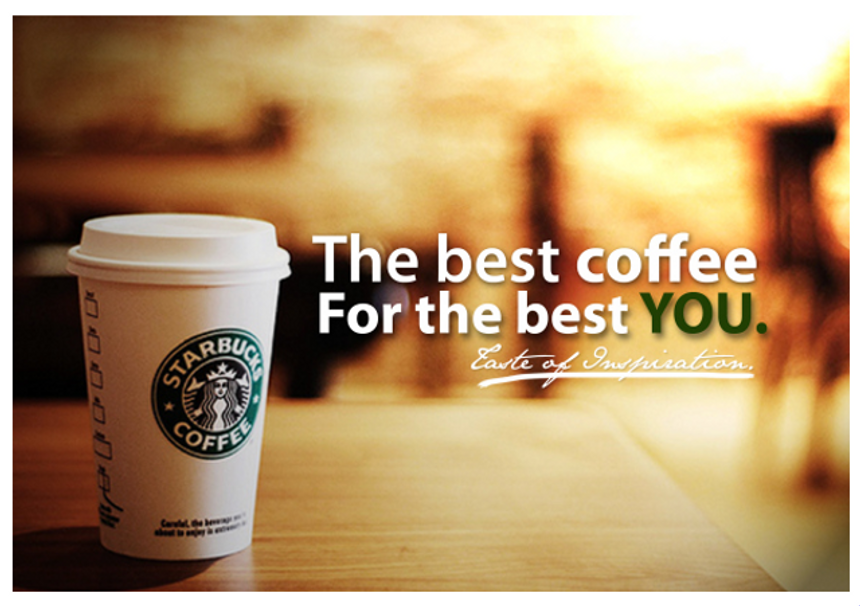