NAD just issued a must-read Decision dealing with everything from sustainability claims, to implied health and safety claims, to the use of third party endorsements and awards, and use of influencers. Read on!

Claims by Safe Catch, Inc. were challenged by the National Fisheries Institute, a trade association representing Big Tuna (i.e., the largest processors and household names for canned and pouched tuna in the United States).  At issue were Safe Catch’s claims about the lower levels of mercury in its tuna products, its testing protocols and its sustainable practices.  NFI challenged Safe Catch’s express claims and also argued that Safe Catch’s advertising implies that its products are generally healthier and safer than other commercially available pouched and canned tuna.  Specifically, NFI argued that Safe Catch’s advertising conveyed the message that competitors who do not use Safe Catch’s technology – which entails the testing of every fish considered for purchase by Safe Catch for its mercury levels -- are producing an “unsafe” product, consumption of which will lead to mercury poisoning.

Safe Catch established, through presentation of its testing protocols, its proprietary technology, validation by an international seafood compliance company and retailer audits, that it does, in fact, test every fish.  The advertiser also was able to establish the consumer relevance of its doing so, and devising a claim based on that practice.  NAD found that methylmercury in seafood is a “recognized public health concern” and “screening fish to a mercury limit is important to consumers.”  NAD noted that FDA/EPA guidance regarding methylmercury consumption provides consumer information and recommendations about which fish should be avoided, and which fish should be consumed and how often, but such guidance and recommendations are not necessarily “sufficient to control methylmercury exposure to the public” because consumers may not be aware of it, certain vulnerable members of the public (kids and pregnant women) should abide by stricter limits, and it’s hard for consumers to identify which fish products exceed the recommended standards.  Accordingly, NAD determined that Safe Catch’s testing protocol and labeling of its products help consumers make informed purchasing decisions.  NAD noted that “[c]onsumers benefit when manufacturers innovate and improve their products, and when an advertiser develops a beneficial innovation it should be free—and, in fact, encouraged—to tout it to consumers through truthful and accurate advertising.”

Interestingly, NFI also challenged the testing claim on the basis that it is inherently denigrating because, by touting its own protocols, Safe Catch was effectively dissing competitors who don’t follow them.  NAD didn’t buy that argument.  However, NAD reached a different conclusion about a graphic used by the advertiser showing two fish, a blue one with a check mark and text stating “This fish has very low mercury levels;” the other, a red one, with a warning symbol and text stating, “This fish has 10 times more mercury.”  These images were accompanied by copy stating “About 1 out of 3 tuna tested do not pass our strict purity standards/That’s why Safe Catch tests every fish. And we’re the only brand that does.”  This, NAD found, crossed the line from truthfully touting its own product attributes to unfairly denigrating its competitors’, implying that other commercially available brands are “red fish” and are dangerous because of their mercury level or impurity.

NAD also analyzed the advertiser’s “lowest mercury” claims, express and implied.  If you want to get into the weeds about the scientific evidence presented by both the advertiser and challenger, you’ll need to read the Decision but a few points addressed by NAD are of note for all advertisers substantiating claims based on scientific evidence: first, the advertiser was able to show that it performed head-to-head testing for its products against competing products representing more than the top 85% of the market.  The products tested were purchased at retail stores across the US and samples were prepared based on labeling, and homogenized prior to testing, to ensure that test results reflected the product as a whole.  Further, the mercury level measurements were taken by an independent third-party laboratory.  Even though the advertiser’s testing was not blinded, a critique made by the challenger, NAD found that “although blinding helps prevent bias, here, the testing was objective and the protocol called for homogenizing the tuna, thus minimizing the potential for the bias to influence the test results.”  By contrast, NAD found that the challenger’s rebuttal study, which did not follow product usage instructions and used a small sample size, was not consumer relevant and, therefore, flawed in its protocol. Accordingly, NAD determined that “[o]n balance, [the advertiser’s] head-to-head comparison testing constitutes competent and reliable scientific evidence to show that Safe Catch tests fish to the “lowest mercury limit of any brand” and has tuna with the “lowest mercury of any brand.”

Since NFI also challenged Safe Catch’s “100% Sustainably Caught Wild Tuna” claim, NAD addressed that as well.  NAD initially noted that “because images and terms suggestive of sustainability can give rise to so many different meanings and expectations on the part of consumers, such claims can be difficult to substantiate.”  Indeed.  However, NAD found that the claim is a “qualified one,” specifically referring to the advertiser’s fishing methods.  The question for NAD, therefore, was whether consumers would understand the claim as such, and not as a more general environmental benefit claim.  NAD determined that Safe Catch not only provided a reasonable basis for the claim based on the evidence of its fishing methods, but that because they provide information to consumers about its methods and sustainability policy, consumers would understand the basis for the claim.  Similarly, NAD also found that the brand name “Safe Catch” is not false, and can be reasonably understood by consumers to refer to the advertiser’s sustainable fishing practices.  Although the challenger argued that the name itself “communicates a comparative claims that Safe Catch products are safer than conventional, commercially available canned and pouched tuna products,” NAD rejected that argument.

As noted in my introduction, this case also deals with the use of expert endorsements, namely the use of a logo from the American Pregnancy Association and a claim about that organization's endorsement. While NAD found that the use of the logo was fine, based on the advertiser’s relationship with the organization, NAD recommended that Safe Catch discontinue its claim that it is “endorsed” by it because Safe Catch failed to show that the organization “exercised the level of scientific expertise or conducted the type of comparative health and safety testing typically necessary to support endorsement of a tuna brand.”  NAD also addressed the advertiser’s use of third party logos and quotations from magazines.  It noted that when an advertiser uses a quotation from a third party article, that quotation, even if editorial content when published, becomes an advertising claim when used by the advertiser, requiring independent substantiation.

It's a lot.  I didn’t even cover everything!  If you’re an advertiser and don’t already subscribe to NAD’s case database, this Decision alone should convince you that you should. This case may be about canned tuna, but NAD's deep dive into the claims, their support and consumer perception provide important guidance for all types of advertisers. 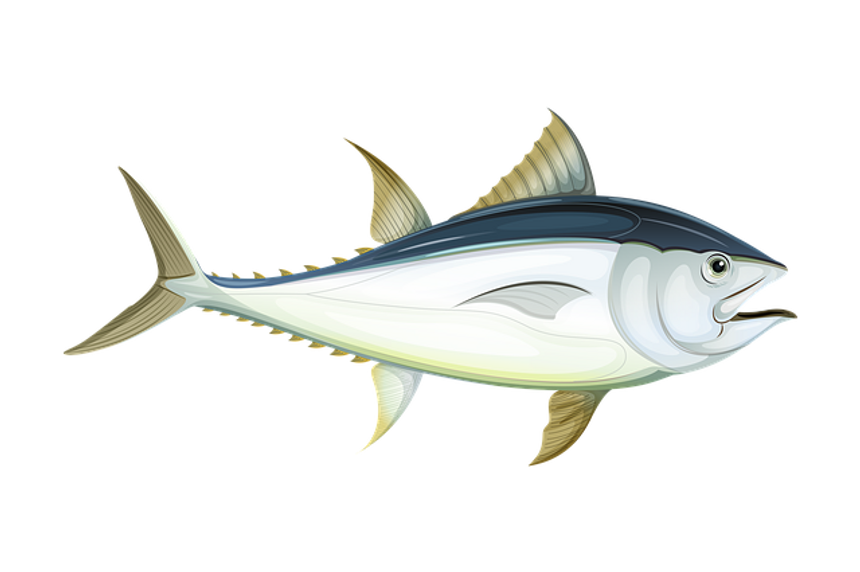