Long ago, in a galaxy far away, I wrote about a promotion in which a kiosk was set up at a San Paulo airport inviting passengers to scan their boarding passes. For those passengers whose boarding passes showed that their flights were delayed, the machine would dispense a Kit Kat bar.  That promo allowed me to riff on promotions law generally and the difficulty, sometimes, of figuring out exactly what kind of promotion is involved and, therefore, the requirements for executing it in a compliant matter.

With ad agencies coming up with more and more creative ideas for consumer engagement every day, these issues continue to be very relevant in my practice, and with any given campaign, I will often have to make a judgment as to whether what’s involved is a chance-based sweepstakes (necessitating lack of consideration), a contest (necessitating skill), a surprise and delight (necessitating actual surprise), an offer (necessitating adequate supply to meet reasonable demand), or a reward (necessitating achievable and clearly stated milestones for earn and redemption).

So, wearing my promotions lawyer hat (and, yes, it’s bright blue), I was particularly intrigued by the announcement of Texas Lt. Governor Dan Patrick that he would pay up to $1 million from his campaign account to “incentivize, encourage and reward” people to come forward and report voter fraud from anywhere in the country.  His announcement was promptly met with a reply from Lt. Governor John Fetterman of Pennsylvania, who Tweeted: "Hey, Governor Patrick- it's your counterpart in Pennsylvania. I'd like to collect your handsome reward for reporting voter fraud. I got a dude in Forty Fort, PA who tried to have his dead mom vote for Trump. I'd like mine in Sheetz gift cards pls. ps. The Cowboys blow.”  Well, then.

So, in Patrick’s announcement, he says “Anyone who provides information that leads to an arrest and final conviction of voter fraud will be paid a minimum of $25,000.”  This is an interesting requirement, because whether or not someone can earn that reward will depend on the willingness of law enforcement (presumably in Texas) to actually prosecute the fraudster.  Is Patrick, or Texas law enforcement, going to pursue Fetterman’s tip?  Call me crazy, but I’m guessing not.

From a promotions law perspective, however, I wouldn’t want to see a reward program structured in such a way that the means of earning the reward are so fully outside the control of the consumer.  That’s because reward programs are not supposed to involve chance: you’re supposed to know what you have to do to earn the reward and if you do it, you get the reward.  Once chance is involved, then you’re in sweepstakes territory. And if it’s a sweepstakes, you need to make sure you’re not requiring payment or other consideration from your entrants and, if the prizes are worth over $5000, that you register in NY and FL if the promotion is open to residents of those states.

Also, whether your campaign is a reward program or a sweepstakes, or any other kind of promotion, you certainly want to treat your participants equally and fairly.

So, Lt Governor Patrick, if you’re reading this, maybe follow up on Fetterman’s tip, okay?

(Description of graphic for visually-impaired readers: drawing of voting box.) 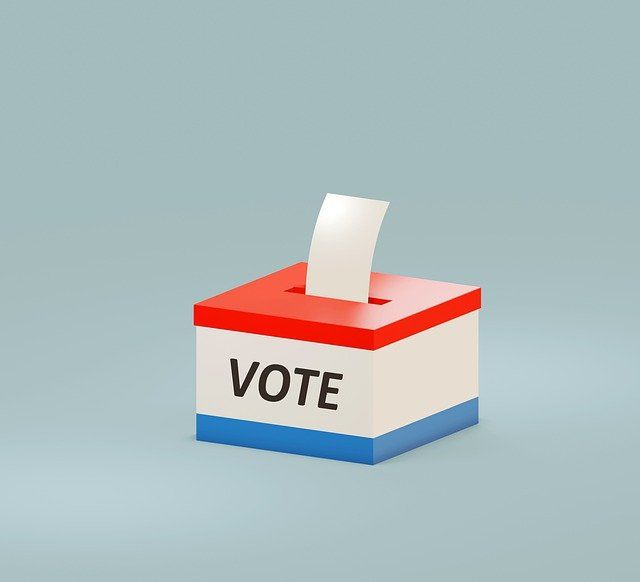