In a recent Decision, NAD addressed claims made by SC Johnson for its Glade fragrance warmers, which had been challenged by competitor Reckitt Benckiser, maker of Air Wick products. At issue were a number of SCJ’s claims, such as “More authentic lavender than Air Wick” and “The most adjustable fragrance warmer,” as well as statements like “Redesigned for a superior fragrance experience.”

First, NAD addressed two statements that SCJ defended as puffery and that RB challenged as unsubstantiated superiority claims: “Redesigned for a superior fragrance experience” and “Indulge in a fragrance experience like no other.”  NAD determined that both constituted puffery, noting that a statement of superiority or uniqueness does not necessarily convey an “provable, quantifiable” or objective claim.  “Superior” can simply mean high quality and “unique” can be understood literally – rather than as a statement of superiority. As NAD noted, “the fragrance formulae used by members of the air freshener industry are highly proprietary and, ipso facto, unique.”  Thus, NAD found that both statements constituted puffery rather than claims requiring proof.

Next NAD examined claims about the authenticity of Glade’s lavender fragrance as compared to that provided by Air Wick.  SCJ supported those claims with a 500 person sensory study in which participants sniffed two lavender-scented rooms and were asked which lavender fragrance, if either, smelled more “authentic.”  Although the statistically significant results of the study showed that a majority of respondents thought Glade’s lavender fragrance smelled more authentic, NAD rejected the study as substantiation for the claim, finding it to be a “poor fit” for the messages conveyed.

NAD found that “the core message of the claim – that SCJ’s product smells more like real lavender than its competitor’s – compares its product to authentic lavender.”  But, since “there is no singular scent that can be identified as ‘authentic lavender’,” SCJ should not claim Glade smells more like it than Air Wick does.  In other words, the study was based on subjective interpretations of what constitutes the fragrance of “authentic lavender,” but NAD found that the advertising conveyed a comparison to an objective reference point -- a real lavender plant --  particularly since the ad included images of real ones. Thus, NAD recommended that SCJ discontinue its comparative authenticity claims.  (Ouch. Conducting a 500 person sensory study is no small matter.)

RB also challenged SCJ’s claims about the adjustability of the warmers in the context in which they were presented.  RB argued that the claims, when used in conjunction with a particular graphic showing different rooms in a house, “implied that an individual warmer had the capacity to disseminate continuous fragrance potent enough to fill an entire home.”  NAD disagreed, taking note of real world consumer use, i.e., that “consumers are aware that products of this type typically do not penetrate doors and are not capable of moving throughout a multilevel house.”  However, NAD was concerned that the graphic could convey that the warmers are able to fill a large open space with fragrance, a claim which SCJ did not substantiate; accordingly, NAD recommended that SCJ discontinue use of its room graphic or otherwise make it clear in its ads that its product cannot fill any size space with fragrance.

(Description of graphic for visually-impaired readers: photograph of lavender plants in a field.) 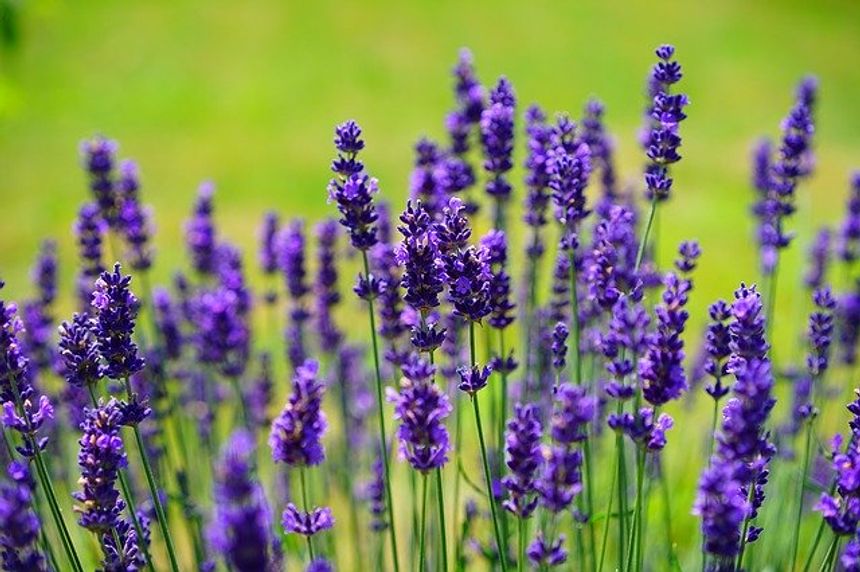