As we’ve blogged about earlier, whether or not retailers are responsible for the claims appearing on the products they sell is an important and difficult topic. My colleague Jeff Greenbaum wrote about a case in March 2019 where a district court in Texas addressed this issue: in Outlaw Laboratory v. Shenoor Enterprise, a manufacturer of dietary supplements for men sued a number of convenience stores for false advertising under the Lanham Act because they sold a competing product that the manufacturer said contained false "all natural" and similar claims. The court held that the plaintiff had failed to state a claim against the retailers, finding that simply selling the products in-store was not enough to impose liability on the retailers.

Shortly thereafter, I covered an NAD case addressing a similar issue:  in that case, as part of its routine monitoring program, NAD requested substantiation for advertising claims made by Rite Aid on in-store displays and in coupon pamphlets for a variety of products sold in their stores.  Since Rite-Aid agreed to permanently discontinue the claims, NAD did not review them on their merits; however, NAD did provide guidance on its view of retailer responsibility for advertising.  It noted that although NAD generally attributes in-store claims that are clearly part of a product manufacturer's branded marketing to the manufacturer itself, it views advertising that “reasonably suggest[s] that the claims are those of the retailer or are endorsed by the retailer” differently.  And as to the latter, such advertising imposes an obligation on the retailer to substantiate the claims made in it, that is, to “investigate and be aware of the evidence’s veracity and not just rely upon a vendor’s mere assertion of accuracy.”

Most recently, the Eastern District of California has issued an opinion on a motion to dismiss addressing this issue too.  The case is a putative class action: the plaintiff sued the retailer Costco for selling Roundup, a weed killer containing an allegedly cancer-causing chemical, glyphosate.  He claimed that he would not have purchased Roundup if he had known of its carcinogenic properties and that Costco’s failure to provide this information was an “unfair” practice under California’s Unfair Competition Law. Although the plaintiff conceded that Costco was not responsible for the manufacture or design of Roundup products, he alleged that it should be responsible nonetheless because it “was aware of the present and substantial danger to consumers while using Roundup in an intended and reasonably foreseeable way and [did not alert] customers of its potential health risks.”

The court, ruling on Costco’s motion to dismiss, first noted that the test for determining whether a business practice is “unfair” under the UCL is “unsettled.”  Costco provided several arguments as to why it could not be liable, one of which was compelling to the court: in reasoning similar to that of the Texas court in the Outlaw case, the Court held that Costco could not be held liable for a UCL violation because it did not participate in or control the alleged unlawful practices.  Here, although plaintiff alleged that Monsanto, the manufacturer of Roundup, was responsible for contributing to a distorted and false EPA review of glyphosate’s safety, he failed to allege how Costco had constructive notice of that fact, or that Costco “personally participated and exercised unbridled control over an unfair practice.”  Accordingly, the court granted defendant’s motion, with leave to amend.  Taylor v. Costco, Order Dated October 7, 2020, No. 2:20-cv-00655-KJM-DMC (E.D.Ca.)

While case law, enforcement and self-regulatory actions all point to the need for some control, involvement or endorsement by the retailer as a predicate for liability for claims on the products they sell in their stores (at least, in brick and mortar stores), the extent needed for a decision-maker to impose liability is still somewhat murky.  As plaintiffs refine their allegations in an effort to recover damages from the stores where they make their purchases, courts, regulators and NAD will likely have ample opportunity to consider these issues and provide more guidance to sellers.

(Description of image for visually impaired readers: photograph of farm machinery dispersing liquid on crops in a field.) 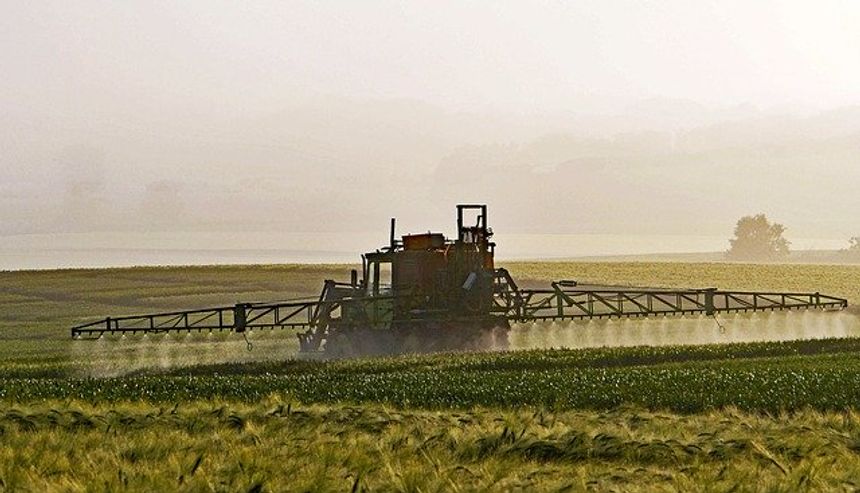