As part of its routine monitoring program, NAD requested substantiation for claims made by Zero Gravity (“the advertiser”) for its Perfectio line of medical devices for skin. NAD had initially referred this case to the FTC and FDA for possible enforcement action due to the advertiser’s failure to participate. But, subsequently, the advertiser agreed to participate in the self-regulatory process (I’m guessing as a result of a little urging by the regulators) and the case proceeded to a decision on the merits.

One claim addressed by NAD was the following: “Within a period of eight weeks, dramatic visible improvement was reported by 100% of the subjects,” a claim relying on subjective reports by users.  According to the results of the study conducted by the advertiser, 100% of participants responded either “Strongly Agree” or “Agree” in response to statements about visible improvements to skin; however, NAD was concerned about several aspects of this substantiation.

First, although the claim states that “dramatic” results were reported, the questionnaire itself did not inquire as to the degree of improvement noted by users.  Second, NAD was concerned about the fact that the study was not blinded: participants knew the make of the product they tested and were told that the objective of the study was “to assess the efficacy and safety of an anti-wrinkle device compared to two marketed facial products.”  NAD was concerned that this “likely caused an overly positive reaction of the questionnaire,” presumably because participants were primed to see an improvement.

Third, NAD was concerned that the participants’ subjective observations about “dramatic improvement” did not comport with the objective results seen by the expert grader.  This is not unusual, particularly in the cosmetics and skincare categories: the benefits that users report don’t always match up with the clinical or expert evidence, presenting a real quandary for advertisers developing claims.  I’m not sure how often NAD has been presented with the issue, because it likely gets addressed most often in the substantiation and claim development phase, rather than surfacing during a challenge.  But it’s important to know that, if the objective and subjective claims don’t match up, NAD will likely be concerned.

Although the Decision goes into great detail about the clinical evidence presented by the advertiser to support its claims, the one other issue I will address here is the advertiser’s use of before and after photos.  The advertiser’s advertising featured a number of such photos and argued that they did not convey a message of typicality and that they were “simply visual representations of what previous users experienced after using its product.”  NAD didn’t buy that argument.  It noted that before and after photographs “are product performance claims and, therefore, they must be supported, accurate, and representative of the level of product efficacy that a reasonable consumer can expect to achieve.”  Because the advertiser failed to provide evidence that the photos represented the typical results that consumers would experience using the product, NAD recommended that the advertiser cease using them.

The advertiser agreed to comply with NAD’s recommendations.

(Description of image in post for visually impaired readers: drawing of two faces in profile facing each other, one upside down; one dark-skinned and one light-skinned.) 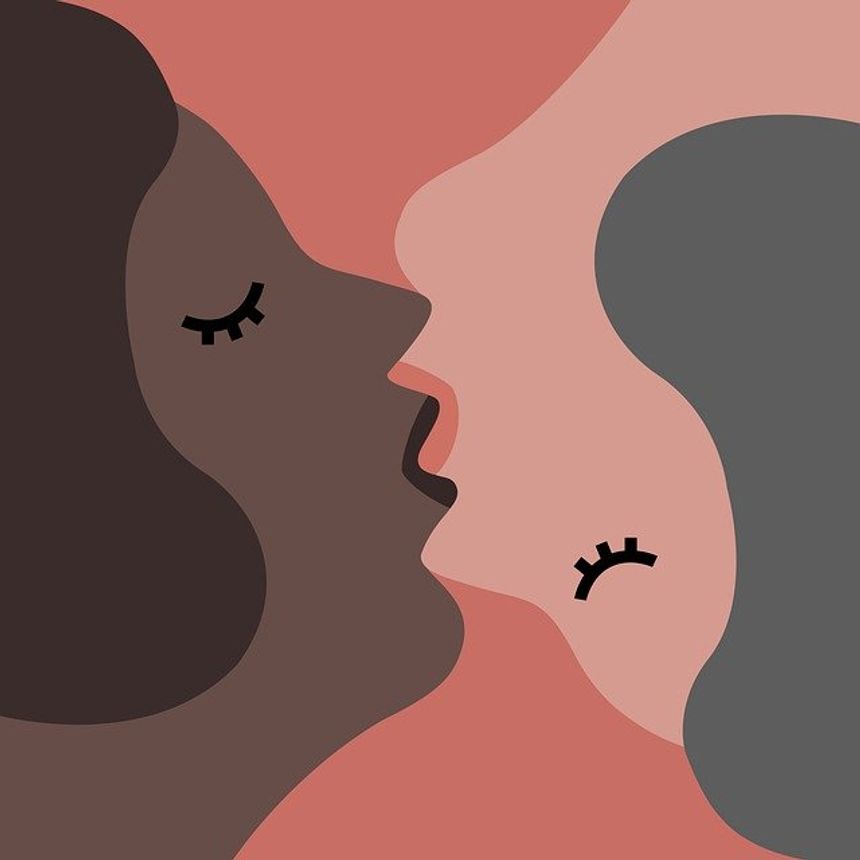