The UK's Advertising Standards Authority told car leasing company LINGsCars to take down an advertisement on Facebook promoting the new Audi A4 "Black Edition" on the grounds that it was offensive and socially irresponsible.

The headline of the ad, which features a raised black fist, reads, "BLACK CARS MATTER."  The body copy of the ad also includes the statement, "ONCE YOU GO BLACK, YOU NEVER GO BACK."  And, at the bottom of the ad, the company says that the car has a "BIG GEARKNOB."

After the ASA received complaints about the ad, the ASA reached out to LINGsCars.  Rather than apologizing for its extraordinary bad judgment here, or explaining that perhaps its Facebook account had been hacked, the company argued that it didn't believe that the ad was offensive.  The company argued that the use of "black cars matter" -- an obvious reference to "Black Lives Matter" -- was simply a pun on the launch of the new "Black Edition" car.   The company also argued that the phrase, “Once you go black, you never go back,” was a well-known phrase that would not be offensive to black people, and that the use of the raised fist is a positive symbol that is not seen as offensive in other contexts.  (It does not appear, at least from the ASA's decision, that the company even attempted to defend its reference to the car's "big gearknob.")

Needless to say, the ASA didn't buy the company's arguments.  Noting that the ad appeared shortly after Black Lives Matter protests and during a time of public debate about racism in the UK, the ASA said that, the ad "had the effect of trivialising the serious issues" raised by the Black Lives Matter and Black Power movements.  The ASA also said that the use of the phrases "once you go black, you never go back" and "big gearknob" were "likely to be seen as objectifying and fetishising Black men."

The ASA concluded that, "Because those claims, particularly in the context of an ad for an unrelated product alongside references to recent protests opposing racism against black people, were likely to cause serious offence on the grounds of race, we considered the ad was socially irresponsible."

The ASA was able to address the serious issues raised by this ad because the advertising self-regulatory code in the UK prohibits a broad range of conduct beyond just making false advertising claims.  Here, the ASA said that the ad violated its rule that, "Marketing communications must be prepared with a sense of responsibility to consumers and to society."  The ASA also said that the violated its rule prohibiting "anything that is likely to cause serious or widespread offence," which explicitly includes causing offense on the grounds of race.

If this ad had run in the United States, however, it's not likely that the National Advertising Division would have been able to address the concerns raised by the ad, since the NAD's jurisdiction is limited to considering matters related to truth-in-advertising.  This may change, however.  As we've previously blogged about, at its upcoming conference, the NAD will be holding a panel to talk about whether the advertising self-regulatory system in the United States should be updated to address a broader range of concerns in advertising.

"Because those claims, particularly in the context of an ad for an unrelated product alongside references to recent protests opposing racism against black people, were likely to cause serious offence on the grounds of race, we considered the ad was socially irresponsible" 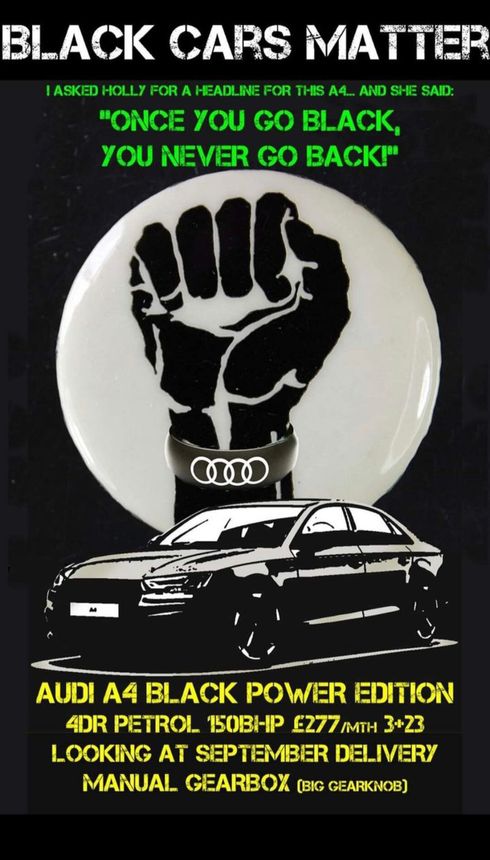