The UK's Advertising Standards Authority just banned a print ad for Vic Smith Beds, which references the coronavirus health crisis, on the grounds that the ad causes "serious and widespread offense."

The ad, which ran in February, showed a picture of a mattress which was covered by the British flag and was wearing a surgical mask.  The headline read, “BRITISH BUILD BEDS PROUDLY MADE IN THE UK. NO NASTY IMPORTS.”  The ASA received complaints about the ad, saying that the ad was likely to cause offense because it linked the coronavirus health crisis to nationality or race.

The ASA agreed, finding that "in combination with the image, the reference to 'nasty imports' was likely to be read as a negative reference to immigration or race, and in particular as associating immigrants with disease."

The ASA said that the ad violated Section 4.1 of the Cap Code, which reads, in part: "Marketing communications must not contain anything that is likely to cause serious or widespread offence. Particular care must be taken to avoid causing offence on the grounds of race, religion, gender, sexual orientation, disability or age. Compliance will be judged on the context, medium, audience, product and prevailing standards."

The ASA told Vic Smith Beds that the ad should not run again and that the marketer should "ensure they avoided causing serious and/or widespread offense on the grounds of nationality or race."

While we don't often report on decisions from other jurisdictions, I thought that this case was worth highlighting.  As the coronavirus health crisis continues, marketers may start talking about it for any number of reasons.  When you do, it is going to be important to consider carefully what you say and any unintended messages that may be conveyed.  As Vic Smith Beds found here, joking about the issue, particularly when referencing race and nationality, was not the way to go.

While the main advertising self-regulatory body in the United States, the National Advertising Division, doesn't have jurisdiction over complaints related to whether an ad causes offense, media outlets may refuse to run ads that they feel are racist or are otherwise inappropriate.  In addition, as frequently report about in the posts on this blog, when advertisers cross the line, they often quickly get called out in social media, which can lead to significant brand damage. 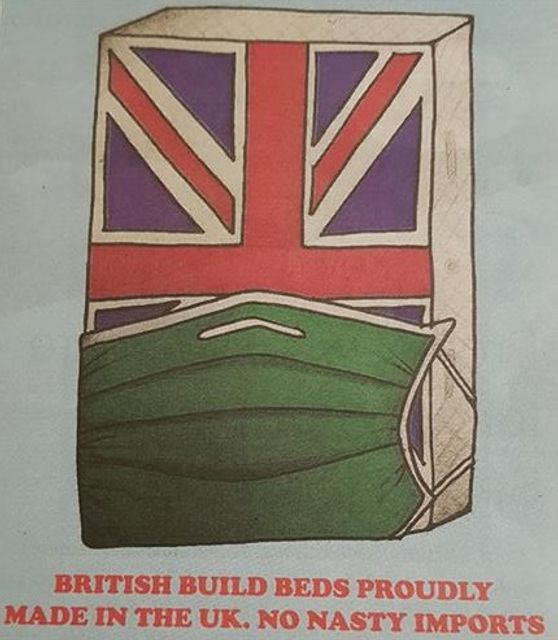