Following the IOC's relaxation of the restrictions placed on Olympic participants during the Olympic Games period pursuant to Bylaw 40.3 of the Olympic Charter (colloquially known as "Rule 40") earlier this year, the US Olympic and Paralympic Committee ("USOPC") finally released its guidance on how Olympic athletes' personal sponsors that are not IOC or Team USA sponsors may run marketing campaigns incorporating athletes during the Tokyo 2020 Olympic Games blackout period (which is July 14, 2020 through August 11, 2020) - and now permits personal sponsor advertising during the blackout period under certain circumstances and only for two particular types of marketing.

Prior to the IOC's modification of Rule 40, which is now written permissively ("Competitors, team officials and other team personnel who participate in the Olympic Games may allow their person, name, picture or sports performances to be used for advertising purposes during the Olympic Games in accordance with the principles determined by the IOC Executive Board.") (emphasis mine), marketers were not allowed to incorporate Olympic athletes into marketing campaigns during the applicable blackout period - except in limited circumstances when a waiver was granted by the USOPC (which itself was a recently introduced mechanism - solely for the Rio 2016 and PyeongChang 2018 Games).  Although marketers appreciated the opportunity to receive a waiver to allow Olympic athlete marketing, the standards were difficult to maintain: the marketing campaign had to be submitted to and approved by the USOPC well in advance and the campaign had to be running for several months before the blackout period itself.  This proved burdensome and costly.

With the newly released guidance, the USOPC has done away with the waiver system and will now implement Rule 40 in a way that permits personal sponsor marketing during the blackout period - but only where the non-IOC or Team USA sponsor obtains permission from the USOPC.  To do so, the sponsor must agree to the "Personal Sponsor Commitment," a contract whereby the sponsor agrees during the blackout period to refrain from using Olympic trademarks (including the five rings imagery and terms such as Games or Summer Games), iconic Olympic imagery (such as a torch, laurel wreath, or medals), and venue or apparel imagery, in addition to agreeing that the marketing campaign will not increase in frequency during the blackout period (but rather would be reflective of a continuous campaign and preexisting relationship between the sponsor and the athlete).  By binding the sponsor to contractual obligations, the USOPC affords itself the opportunity to seek relief against the sponsor in a manner that is likely easier than under trademark infringement principles, the more often used claim and one which can be hard to prove.

If the USOPC grants permission (which can be sought at any time starting on January 1, 2020), personal sponsor marketing is allowed in two forms: 1) generic marketing of the product, service, and brand that includes one or more Olympic athletes, or 2) athlete-focused marketing reflecting a personal sponsor's support of an athlete's participation in the Olympic Games.

With respect to generic marketing, the campaign may not use Olympic intellectual property or make any direct or indirect references to Team USA.  The USOPC provides the following as an example: 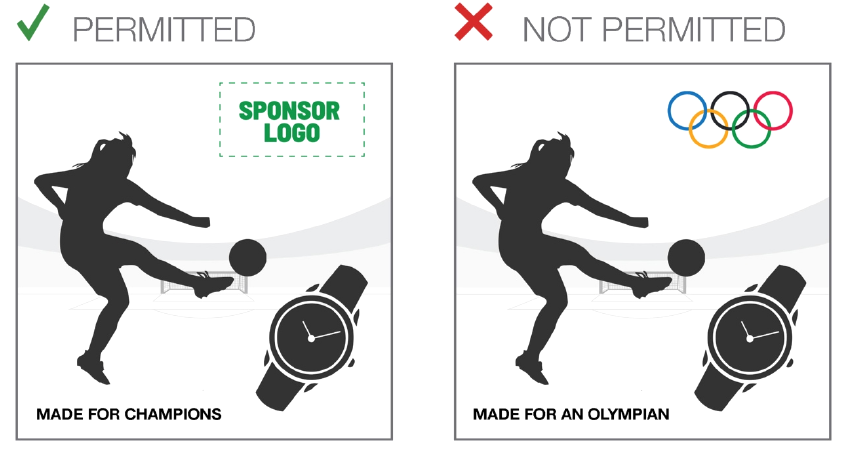 With respect to athlete-focused marketing, the USOPC will approve two limited forms: 1) athletes thanking personal sponsors, and 2) personal sponsors recognizing athletes or their performances.  Clarifying the first form even further, athletes may post a total of 7 thank you messages that include references to personal sponsors that have received Rule 40 permission during the blackout period on the athletes' personal social media channels and websites.  Permitted messaging includes "Thank you @company for supporting my journey," whereas "Thank you @company. You made my Olympic dreams come true" would not be permitted.

With this guidance, the USOPC has attempted to balance the needs of Olympic athletes (who want to recognize those sponsors that have supported them prior to the Games) and those of official IOC or Team USA sponsors (who are the only parties that may use the Olympic intellectual property).

There is certainly a lot of upside for non-IOC or Team USA sponsors (e.g., the ability to use Olympic athletes during the blackout period, no mandatory advance campaign submission, and a more permissive system), but at the same time these parties are committing themselves to an agreement that would allow the USOPC to seek damages or equitable relief, among other punishments, in an easier fashion.

"Personal sponsors must comply with the Personal Sponsor Commitment designed to balance the interests of official sponsors and competitors, by making the granting of Rule 40 permission contingent on agreeing to specific anti-ambush terms" 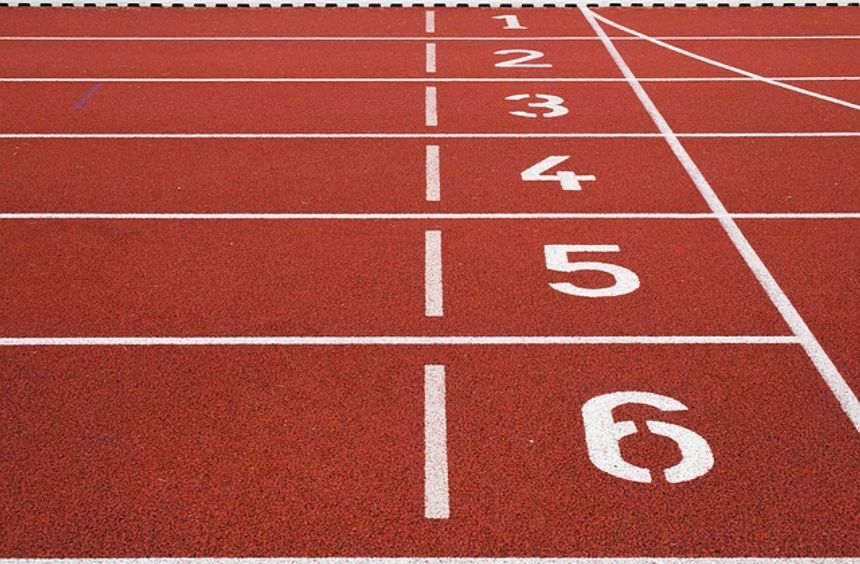