CNN recently rejected two commercials for President Donald Trump's presidential campaign on the grounds that the claims in the commercials were false.

CNN rejected the first commercial, entitled "Biden Corruption," saying that the claims in it were "demonstrably false."  The commercial claims, "Joe Biden promised Ukraine a billion dollars if they fired the prosecutor investigating his son's company . . . but when President Trump asked the Ukraine to investigate corruption, the Democrats want to impeach him." CNN told The Daily Beast, "CNN is rejecting the ad, as it does not meet our advertising standards.  Specifically, in addition to disparaging CNN and its journalists, the ad makes assertions that have been proven demonstrably false by various news outlets, including CNN.”

Then, CNN rejected another commercial, entitled "Coup," saying that, "We cannot accept this ad as it contains statements of fact that are not true."  In the commercial, the campaign claimed that the impeachment inquiry is, "Nothing short of a coup and it must be stopped."

This isn't the first time that television networks have rejected a Trump commercial.  Last year, NBC and Fox, along with CNN, rejected a commercial from the President about immigration.

Historically, unlike commercial advertising, the network clearance departments haven't really vetted, in any significant way, political advertising for truth and taste concerns.  Not only is it sometimes difficult to judge the objective truth of a candidate's statements, networks didn't want to come across as taking sides by making calls about what statements or themes are acceptable.  But, as this election season continues to heat up, with perhaps a type of rhetoric that we just haven't seen before in a Presidential campaign, it appears that the networks are planning to take a different approach.

"the ad makes assertions that have been proven demonstrably false" 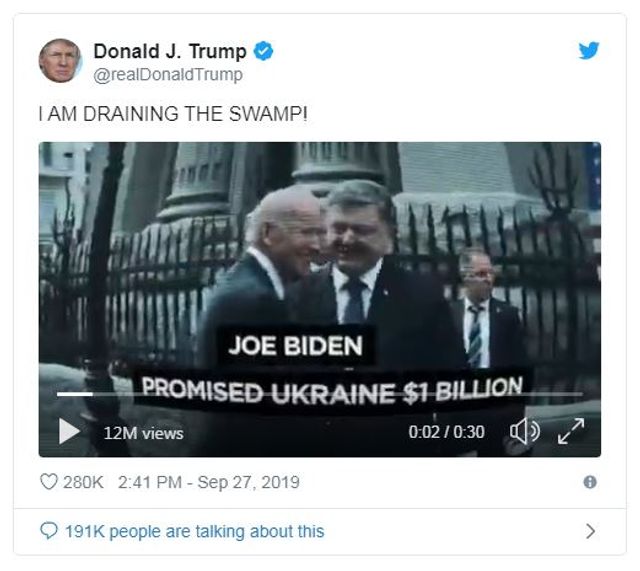