And from the trenches, I mean other lawyers’ trenches: this wasn’t my case, but I did learn from it.  The case involved a challenge by Tom’s of Maine to claims made by Zenlen Inc. dba Native Cosmetics that its Native Deodorant absorbs moisture and protects against underarm wetness.  Interestingly (and an important lesson in itself), none of the claims at issue were comparative: Tom’s challenged Native’s monadic efficacy claims, i.e., claims about Native’s own product and ingredients.

The premise for the case was the difference between deodorants and antiperspirants.  Deodorants are classified as cosmetics under the Food, Drug & Cosmetic Act and are formulated just to provide protection from underarm odor; they cannot be marketed as reducing sweat.  By contrast, antiperspirants are over-the-counter drugs, and are formulated to have the effect of reducing underarm perspiration through the use of aluminum salts as the active ingredient.  Given Native’s express wetness protection claims, Tom’s argued that Native is required to have substantiation that Native Deodorant provides effective and perceivable wetness protection using the FDA’s established standard: 20% sweat reduction as compared to a control, as established in an in vivo clinical study. Tom’s also submitted its own clinical study which, it argued, demonstrated that Native Deodorant does not reduce underarm wetness.

Native argued that Tom’s challenge to the claim that Native Deodorant provides “effective protection against…wetness” is based on the flawed premise that underarm wetness protection only may be provided by reducing production of sweat. OTC antiperspirants act upon the sweat gland to reduce the production of perspiration; by contrast, deodorants, which are cosmetics, perform in a different manner. Native argued that, because it does not claim that its product “reduces” wetness, it is not required to demonstrate that it provides a 20% reduction in wetness as set forth in the FDA guidelines for antiperspirants. Rather, it argued, Native’s evidence shows that Native Deodorant works to provide “consumer relevant” wetness protection.

As always, NAD examined the advertiser’s testing first, to determine whether it had a reasonable basis for its claims. Although it did not appear to hold Native to the 20% wetness reduction standard, it still found flaws in all four of the advertiser’s tests.  One test, an in vitro test using back skin, did not sufficiently replicate the conditions of actual human use and, therefore, could not substitute for testing on actual consumers in normal conditions.  A second test, of absorption rates for specific ingredients, did not show that the particular ingredients provided the benefit when incorporated into the formulation of the product and used by consumers.  A third test only showed efficacy for four hours, too short a period to substantiate an unqualified claim of “effective protection.”  In addition, that testing was done on test subjects’ backs, not their armpits, which was also problematic.  And, finally, the fourth test, a consumer use study, was inadequate as claim support due to its lack of controls and its potential for bias.

Thus, NAD found that Native lacked the requisite support for its claims and recommended that Native discontinue them. Specifically, NAD recommended that Native remove not only the claims on its website but also any third party (user) content with the unsupported claims that it had reposted on its social media channels.  Native is appealing the Decision to the NARB. Case Report #6284.

The lessons learned?  You’ve heard them before but they’re worth repeating:  Even non-comparative claims are challenged at NAD.  Testing must be consumer-relevant: pay particular attention to conditions of use and subjects used.  If testing on ingredients, you must be able to show that the ingredients will provide that benefit when incorporated into the product and as actually used by consumers.  Consumer use surveys can be probative and provide support but they require controls, non-leading questions and must be structured to avoid bias. And advertisers are responsible for user comments and content if they re-purpose them on their own sites or social media pages. 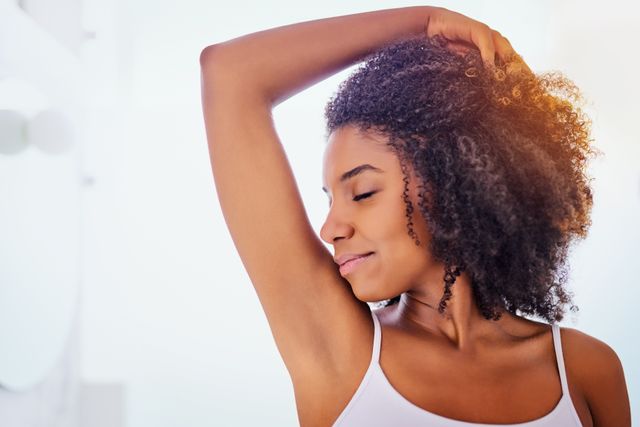