Last week, United States Senator Richard Blumenthal wrote to the Federal Trade Commission, asking the agency to investigate the "misleading, predatory marketing practices" of companies that advertise "detox teas" as a tools for weight loss.  Senator Blumenthal charged that these products, "marketed to adolescents and young adults through celebrity endorsements and social media for weight loss and wellness, are ineffective at best and dangerous at worst."

Senator Blumenthal alleged that companies such as Flat Tummy Co., Lyfe Tea, Boo Tea, MateFit, and Fit Tea use terms such as "natural" or "herbal" to give their products an "undeserved healthy image."  He also said that some companies promote their products as "fat burners."  Senator Blumenthal charged that that these products have no clinically-demonstrated benefit and that some components of these products can be dangerous.

Senator Blumenthal also criticized the companies for using social media influencers and celebrities to target teenagers and young adults who are already vulnerable to body shaming.  He wrote, "Unfortunately, manufacturers of these products are taking advantage of young people's insecurities and the power of celebrities on social media platforms to endorse their products."

In his letter, Senator Blumenthal also alleged that some celebrities promoting these products are violating the FTC's Endorsement Guides because they are misrepresenting that they are actually users of the products that they are promoting.

It will be interesting to see whether the FTC takes action in response to Senator Blumenthal's complaint.  It's certainly the perfect storm of issues that the FTC has been long concerned about -- products that make misleading weight loss claims, "health" products that may actually cause harm to consumers, and the use of celebrities and other influencers to promote products in social media.

"The dangers of these products, their widespread use, and deceptive marketing demand federal action" -- U.S. Senator Richard Blumenthal 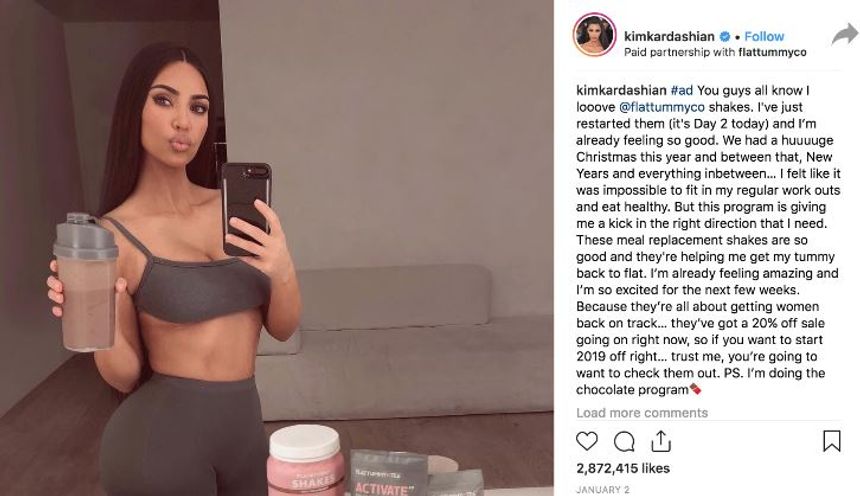