Reuters reported that Philip Morris had decided to stop a worldwide social media advertising campaign promoting its ISOS device after questions were raised by Reuters about the age of the influencers being used by Philip Morris.  The IQOS device heats tobacco, rather than burning it, in order to release nicotine-containing vapor without generating smoke.

According to Reuters' investigation, Philip used at least one model in the campaign, Alina Apilina, who is under age 25.  Reuters reported that the company said that, as a result, it has "taken the decision to suspend all of our product-related digital influencer actions globally." 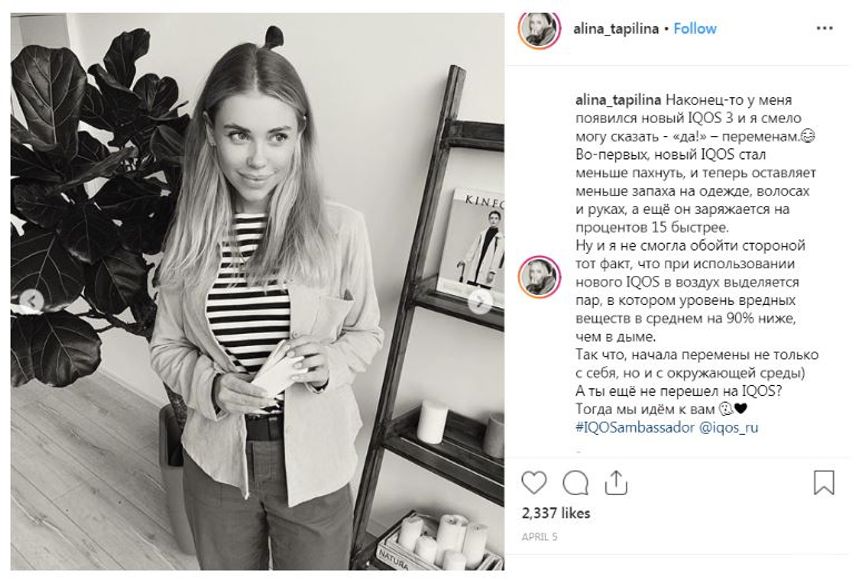