The Federal Trade Commission recently settled with Global Concepts Limited, Inc. and other defendants ("Global Concepts") over charges that they made false claims about the performance of their MSA 30X hearing aid products.

Even if you're not marketing hearing aids or other sound amplifier products, there are lots of important take-aways from this case.

Although the FTC can't usually assess penalties in a typical false advertising case, the FTC can seek restitution.  Here, the consent order imposes a judgment of more than $47 million dollars against the defendants.  If you get caught selling a product that doesn't perform as advertised, the FTC may want you to give all of the money back, not just your profits.

The FTC didn't just sue the advertiser, but sued the woman who owned the company as well.  It's important to remember that, in certain circumstances, individuals -- such as owners and senior executives -- can also be held personally liable for false advertising.

If you advertise that you have a certain type of proof for your claims, you must actually have that proof.  If you say you have "independent tests," then they must really be independent.

A clear and conspicuous disclaimer may be useful in providing additional, qualifying information, but it shouldn't be used to contract the main message of the advertising.  Here, the FTC was concerned that the advertising promoted the MSA 30X as a substitute for a hearing aid, but then included what it said were inconspicuous disclaimers saying that the product "is not a substitute for a hearing aid or intended for use by hearing impaired people."

With more than 70 million Baby Boomers in America today, marketers are promoting products to meet the needs of older Americans, and the FTC is bringing more cases to protect them. 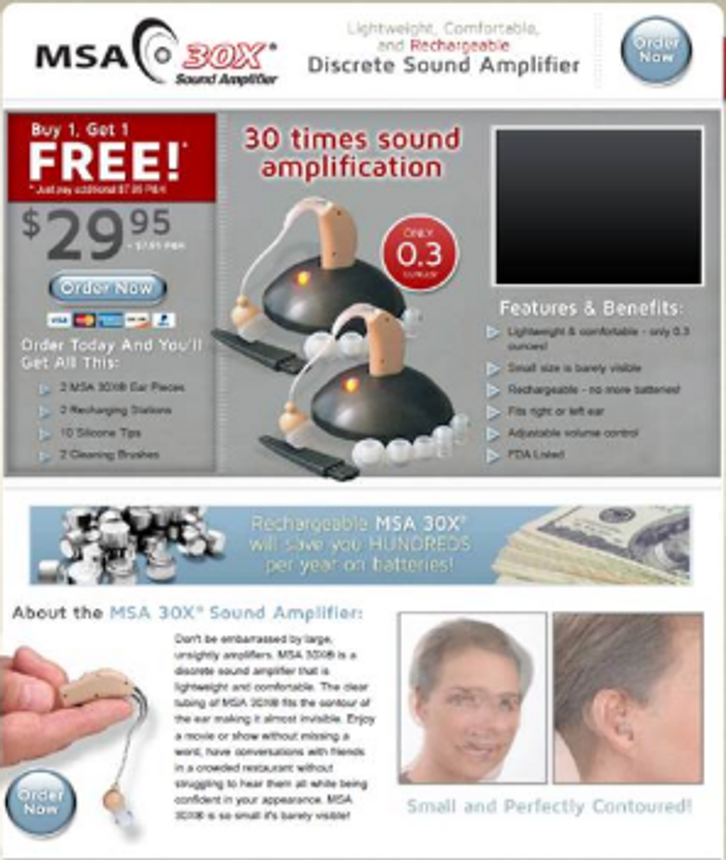