In its complaint, the FTC charged the company with falsely advertising that Gravity Defyer shoes, and its VersoShock technology, reduce knee, back, ankle, and foot pain, and also help with various health conditions, including plantar fasciitis, arthritis, joint pain, and heel spurs.  FTC alleged that the company, targeting older consumers, made false claims such as:

The FTC also alleged that the company lacked competent and reliable scientific evidence to substantiate its claims.  The FTC explained that the company's study had "substantial flaws," including that it was of insufficient size and duration, failed to ensure adequate double-blinding, failed to adequately control for other treatments that participants might have received, relied solely on participants' self-reported pain levels, failed to take into account data from other relevant participants, included data from participants who stopped wearing the shoes, and failed to measure all of the claimed benefits included in the advertising.

In addition, the FTC alleged that the consumer testimonials that the company used in its advertising were false and misleading as well, since they did not represent "the typical or ordinary experiences of people who use the product."

In addition to charging the company with engaging in false advertising, the FTC also charged the company's owner with violating a 2001 consent order that he had entered into related to the advertising of an automotive aftermarket fuel-line magnet device. The order prohibits, among other things, the company's owner from using testimonials in advertising that don't represent typical performance and from misrepresenting the results of any study or research.

In announcing the action, Samuel Levine, the Director of the FTC's Bureau of Consumer Protection, said, "Ignoring a prior Commission order, Gravity Defyer and its owner used false pain-relief claims to target older Americans and undercut honest competitors.  Health-based claims require science-based proof, and faking it by misusing studies and customer reviews breaks the law.”

While this case is still in its early stages, and with the defendants clearly planning to dispute the FTC's charges here, there are definitely some important take-aways to keep in mind.  First, health-related claims, and particularly claims directed to older consumers, continue to be a top priority for the FTC.   Second, if you're going to make health related claims, you should expect the FTC to take a hard look at your evidence.  When designing your study, work with experts who can help you ensure that you're developing the proof required to meet the FTC's standards for competent and reliable scientific evidence.  Third, endorsement-related issues also continue to be an FTC focus.  While so much attention in the last few years has been on properly disclosing material connections, this case is a good example of the FTC focusing on the Endorsement Guides' typicality requirements.  Fourth, note that this case, like so many others, was also brought against the company's owner -- something all company leaders should keep in mind as they're making decisions about their own advertising campaigns.  And, finally, if you needed another reason to avoid having to enter into an FTC consent order, this is a good one.  The FTC doesn't forget about them, and won't hesitate to enforce the terms, even decades later, and even when it involves a different company and different products. 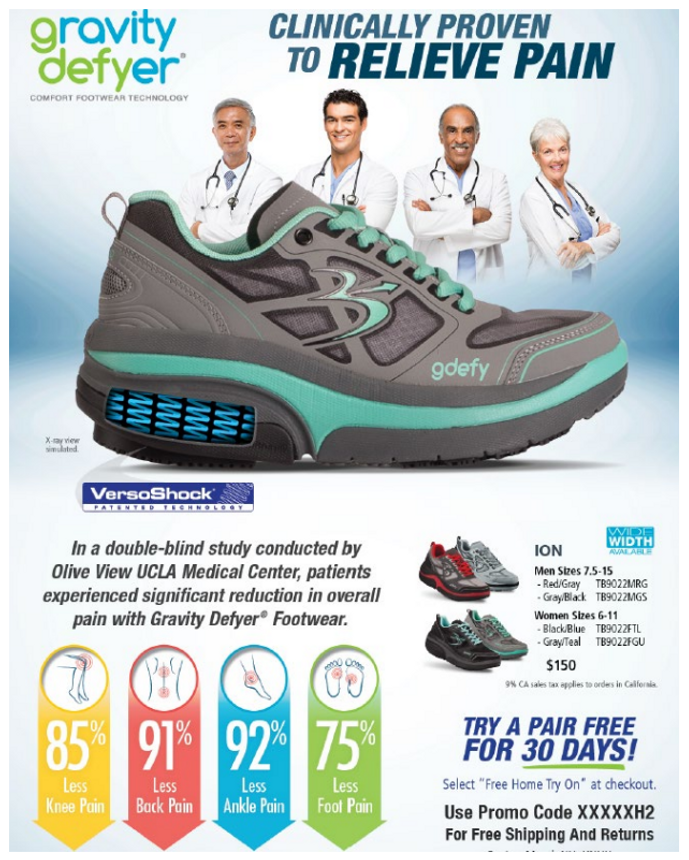