In a long-running dispute between Bimbo Bakeries and United States Bakery, one of the issues was whether U.S. Bakery misled consumers with its tagline, "Fresh. Local. Quality."  The problem with the "local" claim, according to the plaintiff, was that U.S. Bakery claimed its bread was "local," even when the company's bread wasn't sold near the bakeries where it was made. For example, the plaintiff alleged that U.S. Bakery sold bread in California and Wyoming, but didn't bake its products in-state.

At trial, the jury returned an $8 million verdict in favor of Bimbo Bakeries, finding that U.S. Bakery violated the Lanham Act by falsely claiming that the bread was made locally.  After trial, the defendant moved for judgment as a matter of law, arguing, among other things, that the use of the word "local" was not false or misleading because the term does not designate a specific geographic location. The court disagreed, writing, "Although it does not carry a set definition, the term 'local' is a statement of fact -- not a statement of general opinion -- which could be found to be misleading as to the nature, characteristics, or qualities of U.S. Bakery's bread."

In a recent decision, the Tenth Circuit reversed the lower court, and dismissed the false advertising claim, holding that U.S. Bakery's use of the term "local" was not actionable under the Lanham Act.  Here's why.

In order to succeed on its Lanham Act claim, Bimbo Bakeries was required to prove (among other things) that U.S. Bakery "made a false or misleading description of fact or representation of fact in a commercial advertisement about [its] own or another's product."  To demonstrate falsely under the Lanham Act, a plaintiff must show either that the statement was literally false (either on its face or by necessary implication) or that the statement was literally true, but likely to mislead or confuse consumers.  Significantly, however, "only statements of fact are actionable under the Lanham Act."  That means that the statement must be one that "(1) admits of being adjudged true or false in a way that (2) admits of empirical verification."

Here, the Tenth Circuit held that U.S. Bakery's use of the word "local" was not actionable because, in using the term, the company didn't actually make a statement of fact.  The court explained, "The problem for Bimbo Bakeries is that the word 'local' cannot be 'adjudged true or false in a way that . . . admits of empirical verification' . . . . The word is not reducible to the unambiguous factual message that, as Bimbo Bakeries argues, the underlying product is made locally, let along that 'local' refers to 'the state of sale.'"  That's because, according to the court, the term "local" could mean a whole host of things, including that the company hires local workers, that it uses local materials, that it is locally based, that it participates in outreach efforts with local organizations, or that it donates money to local causes."  And, even if "local" refers to where the product is made, the court explained, "the word lacks any specific objective meaning beyond the general concept it conveys."

Interestingly, while the court acknowledged that "local" does mean something, it said that this was not enough.  The court explained, "Drawing a particular and verifiable factual meaning from as vague a word as 'local,' however, requires 'a more specific assurance."  The court said that it simply didn't believe that a buyer would reasonably assume that the word "local" communicates a quantifiable, objective statement about where the company's bread was baked.

The court also was not persuaded by the fact that the plaintiff's consumer survey showed that consumers were, in fact, confused by the term.  The court explained that plaintiffs may not use consumer surveys to transform non-actionable comments into statements of fact.  All the survey can do, the court said, was to "juxtapose U.S. Bakery's own opinion about when something qualifies as 'local' with the opinions of its customers."  Saying that a survey is only properly used when trying to determine the meaning of a factual claim, the court wrote, "If a statement is not one of fact, it is legally irrelevant whether consumers agree with it."

The court also didn't think that the use of the word "local" in the context of the entire tagline, or in the context of the advertising as a whole, led to a different conclusion. The court explained, "Our review of the advertising context confirms that nothing about U.S. Bakery's use of the word 'local' added enough meaning to the word to transform it into an actionable statement of fact."

The court concluded, "not every subjective interpretation of ambiguous language is actionable false advertising.  When the language in question is incapable of objective verification as to truth or falsity, it is not a statement of fact, and no amount of misunderstanding will give rise to an action under the Lanham Act."

"If a statement is not one of fact, it is legally irrelevant whether consumers agree with it" 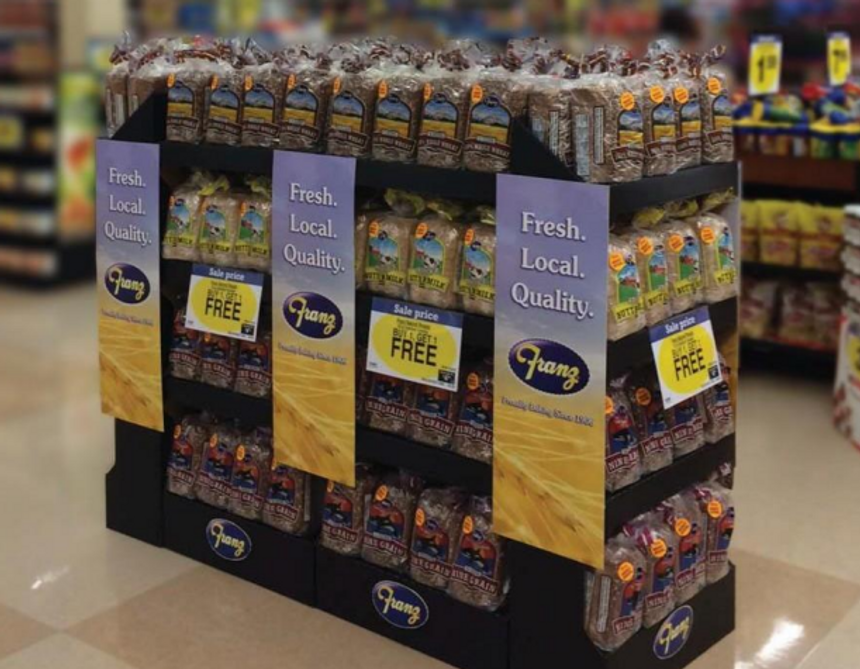