Family Dollar Stores sold a product called "smoked almonds."  The front of the packaging includes a photo of the almonds and big red stripe across the center with the words, "smoked almonds."  There isn't really much other information on the front of the package that describes the product.  So, is it reasonable for purchasers of the product to assume that almonds were actually "smoked" -- in other words, roasted over an open fire?  That was the issue in a recent case in the United States District Court for the Northern District of Illinois.

In this case, a plaintiff sued Family Dollar under Illinois law, alleging, among other things, that the company falsely advertised its "smoked almonds" product as "smoked," since the product was not, in fact, smoked over an open fire.  Instead, the product was flavored using natural smoke flavor.

In order to properly prove a false advertising claim under the Illinois Consumer Fraud and Deceptive Business Practices Act, the plaintiff must prove that the defendant engaged in a deceptive or unfair practice, that the defendant intended for the plaintiff to rely on the practice, and that the practice involved trade or commerce.  A practice is deceptive "if it creates a likelihood of deception or has the capacity to deceive."  In order to determine whether there is a likelihood of deception, Illinois courts apply the "reasonable consumer" standard, which "requires more than a mere possibility that a label might conceivably be misunderstood by some few consumers viewing it in an unreasonable manner.  Rather, the reasonable consumer standard requires a probability that a significant portion of the general consuming public acting reasonably in the circumstances, could be misled."

Here, Family Dollar argued that no reasonable consumer would be misled by the packaging because of the low price of the product and because of the fact that the ingredient list on the back of the package discloses that the product is roasted in oil and contains natural smoke flavor.  The court thought these arguments were nuts, however, and rejected Family Dollar's motion to dismiss the false advertising claims.

First, the court held that it was not unreasonable for consumers to interpret the phrase "smoked" to mean that the product was smoked over an open fire.  The court wrote, "nothing on the front of the Product's label would suggest to consumers that the term 'smoked' refers to the Product's flavoring, as opposed to the process by which the Product was produced."  The court also pointed to the fact that front of the label does not contain the word "flavored."

Second, the court didn't think that the low price of the product necessarily communicated that the almonds were only smoke-flavored.  The court wrote, "To our knowledge, there is nothing so costly about the process of roasting almonds over an open fire that a reasonable consumer could not believe that the price [the plaintiff] paid is too low for the Product to be smoked over fire."

Third, the court held that the information included on the back of the packaging didn't clear up any of the potential confusion caused by the front.  The court wrote, "Many reasonable consumers do not read every back label before placing groceries in their carts."

This isn't the first time that a court has weighed in on this issue.  Last year, a federal court in New York came to a similar conclusion about "smokehouse almonds," holding that it was plausible that  reasonable consumers could interpret the claim to mean that the product was prepared over actual smoke. 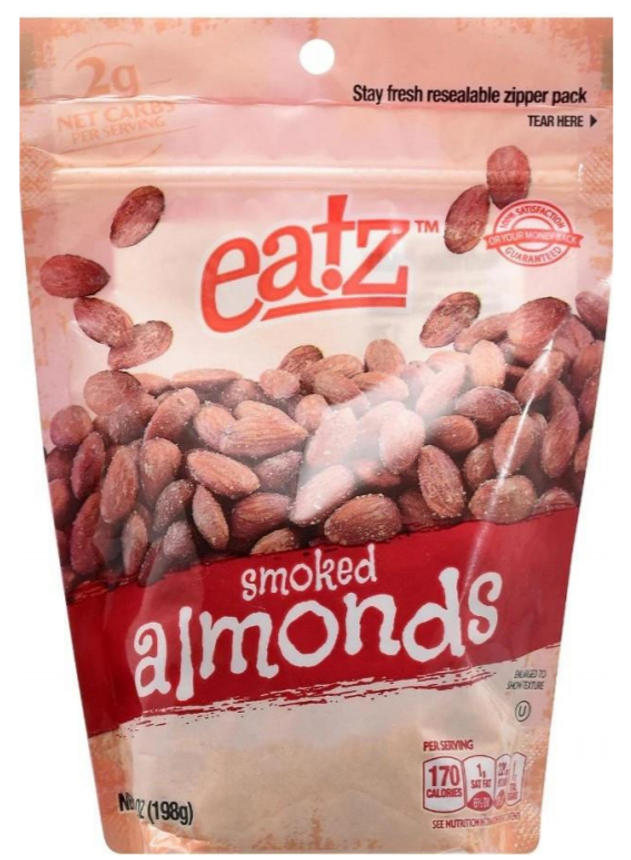