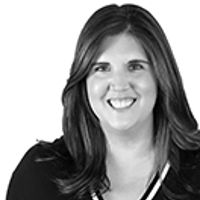 Last summer, Charles Randell, the chair of the United Kingdom's Financial Conduct Authority, gave a speech at the Cambridge International Symposium on Economic Crime. Sound like a snooze fest? Not so fast. The topic of the speech was unusual for an event of this type:  Kim Kardashian's Instagram channel.

Earlier in the year, Kardashian had posted to her more than 250 million Instagram followers promoting a new cryptocurrency called EMAX, the latest token from new kid on the block, EthereumMax: 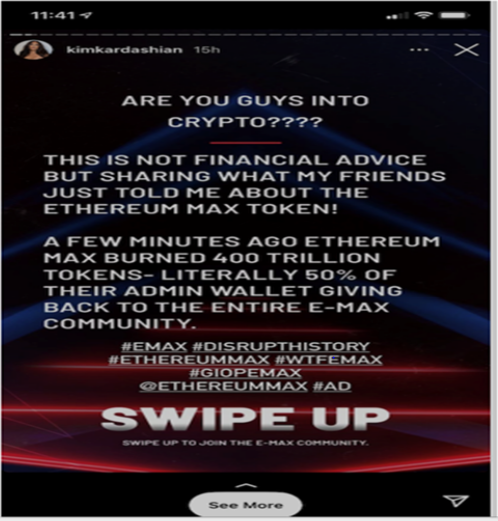 As may be expected, Kardashian's EMAX post had reach. Morning Consult, a finance company who analyzes the impact of celebrities on crypto investor decisions, found in a later survey that 19% of respondents who said they'd heard about Kardashian's post invested in EthereumMax as a result.

In his Symposium speech, Randell called the post “the financial promotion with the single biggest audience reach in history." And he was concerned. As he remarked to attendees:  "[Kardashian] disclosed that this was an #AD. But she didn’t...disclose that Ethereum Max – not to be confused with Ethereum – was a speculative digital token created a month before by unknown developers."

Turns out Randell was not alone in his concern. Last Friday, a proposed class action was filed on this side of the pond against EthereumMax and Kardashian, as well as Floyd Mayweather and Paul Pierce, who also promoted the EMAX Token on their social media channels.

The case -- brought in federal court in California on behalf of those who held EMAX Tokens between May 14, 2021 and June 27, 2021 -- alleges aiding and abetting, unjust enrichment and violations of California's unfair competition law and Consumers Legal Remedies Act, and seeks unspecified damages, court costs, attorney fees and injunctive relief.

The heart of the complaint is that the defendants engaged in a "pump and "dump" scheme, an illegal practice where fraudsters spread false or misleading information to create a buying frenzy that “pumps” up prices only to then “dump” (or sell off) their holdings at an inflated price. Once the fraudsters dump and stop hyping, the price typically falls and investors lose money. Plaintiffs allege here that social media promotion by Kardashian, Mayweather, Pierce and EthereumMax pumped up the price of the EMAX Token, allowing defendants to sell off their own holdings for substantial profits, but then allowed the value of the Token to plummet, leaving investors holding a significantly diminished asset.

While we don't yet know how this case will turn out, it is still a great lesson for those looking to promote crypto projects to consumers, to develop tokens for brands or celebrities, or to hire or act as endorsers in the crypto space, particularly in social media. While the FTC has hinted at more aggressive enforcement related to deceptive endorsements, they're not the only cop on the beat. Other regulators (including the SEC), as well as private plaintiffs, may also have skin in the game, and other rules (including increased disclosure requirements) may apply to those making promises in the crypto space. It is important to remember that inclusion of a #AD will not necessarily solve all legal issues and endorsements of investment-related products may pose heightened issues.  Further, for brands and celebrities who spend years building consumer loyalty, a promotion of this nature can erode trust that can be impossible to regain.

Shill at your own risk.

"[T]he hype around [speculative tokens] generates a powerful fear of missing out from some consumers who may have little understanding of their risks. There is no shortage of stories of people who have lost savings by being lured into the cryptobubble with delusions of quick riches, sometimes after listening to their favourite influencers, ready to betray their fans’ trust for a fee." - Charles Randell 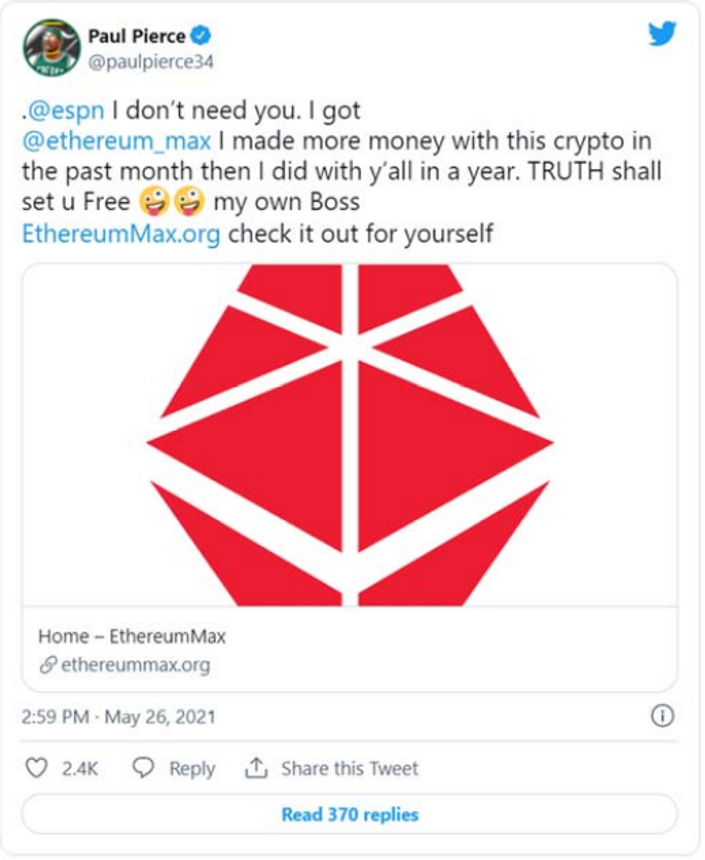 Time to Learn About Discord, Where Social Media and the Metaverse Collide
Hannah Taylor
Recent posts from Advertising Law Updates