In a lawsuit against Graco Children's Products, the plaintiffs alleged that Graco advertised that certain booster seats that the company sells are "side impact tested" and are also safe for children as small as thirty pounds and as young as three years old.  The plaintiffs argued that these claims -- which appeared on Graco's website, on product packaging, on the seats themselves, and elsewhere -- were false, since the booster seats do not appreciably reduce the risks associated with side impact collisions, that Graco's own testing does not show that the booster seats are safe in side-impact collisions, and that the the booster seats are not, in fact, safe for children under forty pounds or under four years old.

The plaintiff brought a variety of claims under a number of state laws.  But, for the sake of simplicity, I'm just going to focus here on the plaintiffs' consumer protection claims asserted under California law.

In California, as in many states, false advertising and other similar claims are governed by the "reasonable consumer" standard.  As the court explained, "Under the reasonable consumer standard, Plaintiffs must show that members of the public are likely to be deceived."

Graco argued that the plaintiffs' claims should be dismissed because Graco's representations -- that the booster seats were side-impact tested and that they had a minimum safety weight of thirty pounds -- are literally true (or at least complied with NHTSA's safety standards).  The court allowed the claim to proceed, however, noting that, "at the very least, reasonable consumers could believe that Booster seats advertised and represented as 'side-impact tested' would offer appreciably increased safety in side-impact collisions."  The court explained that, even if the statement is literally true, it would nevertheless be actionable if it was ultimately misleading to a reasonable consumer."

Although this case is still at its very early stages, the court's decision here is an important reminder for advertisers to focus not only on the literal truth of the claims that they make, but on what consumers' reasonable take-away may be.  Even when a claim is literally true, you still have to consider whether consumers will be misled.  Here, the court found that -- at least at the preliminary stages -- it was not unreasonable to think that consumers may understand a "side-impact tested" claim to communicate more than the product was tested, but that it, in fact, offered a safety benefit.

On that note, have a safe long weekend!

"And even accepting that the 'side-impact tested' representation may have been literally true, it would nevertheless be actionable if it was ultimately misleading to a reasonable consumer" 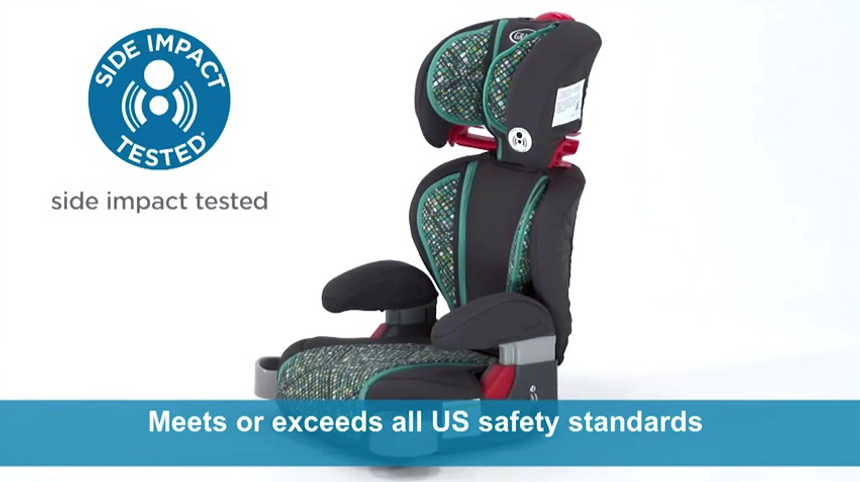