On Earth Day, the City of New York filed suit against Exxon, Shell, BP, and the American Petroleum Institute, alleging that they violated New York City's Consumer Protection Law by engaging in false advertising and other deceptive trade practices.  The lawsuit charges that the large fossil fuel companies, along with an industry trade association, "have systematically and intentionally misled consumers in New York City . . . about the central role their products play in causing the climate crisis."

In announcing the lawsuit, New York City Mayor Bill de Blasio said, "Our children deserve to live in a world free from climate change, and we must do everything in our power to give them hope and stop climate change in its tracks.  That means taking on some of the biggest polluting corporations for false advertising and greenwashing, in direct violation of our Consumer Protection Laws."

New York City's Consumer Protection Law prohibits "any deceptive or unconscionable trade practice in the sale . . . or in the offering for sale . . . of any consumer goods or services."  And, deceptive practices are defined as, "Any false, falsely disparaging, or misleading oral or written statement, visual description or other representation of any kind made in the connection with the sale . . . or in connection with the offering for sale . . . of consumer goods or services . . . which has the capacity, tendency or effect of deceiving or misleading consumers."

Noting that the products that consumers choose, as well as their use of fossil fuels, is a significant contributor to climate change, NYC alleged that, "By misleading NYC consumers about the climate impacts of using fossil fuel products, even to the point of claiming that certain of their fossil fuel products may benefit the environment, and by failing to disclose to consumers the climate risks associated with their use of those products, Defendants have deprived and are continuing to deprive consumers of information about the consequences of their purchasing decisions -- information Defendants know influences both public perception of their products and consumer purchasing behavior.

So, what, specifically, has NYC alleged that the fossil fuel companies are doing?

NYC also alleged that the fossil fuel companies "have worked tirelessly to greenwash their corporate brands and reputations, going to great lengths to portray themselves as leaders in the fight against climate change, even though their products are the primary driver in causing it."  NYC charged that the companies do this by exaggerating their overall investments in non-fossil fuel energy resources and by misrepresenting the climate benefits associated with their investments.  NYC said, "Through these various greenwashing campaigns, ExxonMobil, Shell, and BP seek to divert attention away from the existential threats posed by their core business of selling fossil fuels, and instead reposition themselves in the eyes of consumers as diversified energy companies that are serious about tackling climate change."  For example, NYC alleged that Shell is making claims such as, it is "hard at work creating more efficient ways of moving around" and that it is "taking steps toward developing the infrastructure to support growth in electric and hydrogen-fuel-cell vehicles," but did not disclose that "its investments in clean energy resources are negligible when compared to its spending on fossil fuels" and that "it plans to continue to ramp up the production and sale of fossil fuels, including those used in transportation."

IN addition, NYC alleged that the companies misrepresented the climate benefits from their natural gas products and their "alternative energy portfolio."  NYC charged the companies with misleadingly portraying natural gas a "cleaner burning" or "sustainable" source of low-emission energy that is critical to combating climate  change, because they omitted the fact that natural gas is a "significant driver of climate change because of the extraction, transportation, and combustion of this fossil fuel releases large quantities of greenhouse gas emissions."  For example, NYC alleged that Shell misled consumers by claiming that natural gas will "help prevent climate change from advancing" and that it is "part of a mosaic of alternative energy sources."

Finally, NYC alleged that the American Petroleum Institute, as a trade association for fuel companies, "misleading greenwashes fossil fuels' role in climate change."  NYC charged that the organization "touts its members' purported commitments to reducing their products' carbon footprints while continuing its core mission of promoting its members' extraction, production, and sale of fossil fuels to consumers in New York City and throughout the United States at unprecedented rates."  For example, NYC pointed to Facebook ads run by API, which included statements such as, "We can tackle climate change and meet the world's energy needs by embracing new innovations together," "We can all agree we need strong climate solutions -- and with natural gas as a dominant energy source, U.S. carbon emissions are the lowest levels in a generation," and "Let's work together to find climate solutions while meeting our essential energy needs."  NYC argued that these statements are deceptive because "they falsely paint the fossil fuel industry as a leader on climate change action while omitting key information about the role of fossil fuels in causing the climate crisis."

While it is too soon to tell what this case, and others like it around the country, will mean for companies and their environmental claims, it certainly highlights the challenges companies face in talking about the steps that they are taking to make their products, and their operations, greener, particularly when a company makes products that have significant negative impact on the environment.  While the FTC's Green Guides are a great starting point for companies to help them comply with the law, these cases do raise a very significant question, however, about whether compliance with the Green Guides (and applicable state laws) is still enough.

"Our children deserve to live in a world free from climate change, and we must do everything in our power to give them hope and stop climate change in its tracks" -- NYC Mayor Bill de Blasio 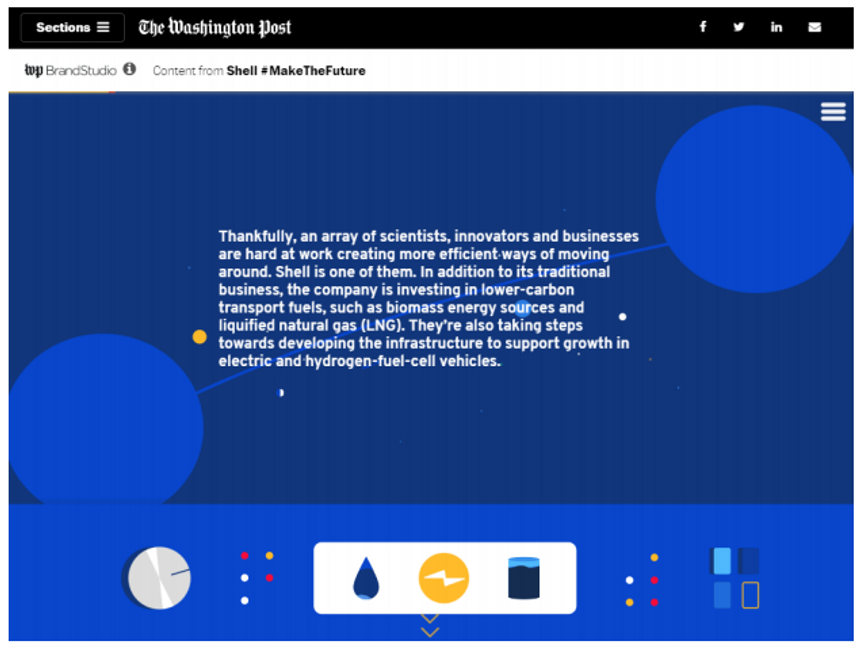