After receiving a complaint from the Mayor of Newport, Oregon that a state-funded television commercial was insensitive, the Oregon Health Authority said that it would stop running the commercial.

The commercial takes place on a fishing boat.  The captain comes out on deck and says to the crew, "New rule gentlemen.  Groups are limited to six."  After counting the number of crew members on board (who are all wearing masks, by the way), he realizes that they are too many people on the boat -- so one of the people is thrown overboard.  The voiceover then says, "Thank you, Oregon, for limiting gatherings."  The commercial then ends with the super, "PRACTICE SAFE SOCIALIZING."

Newport's Mayor, Dean Sawyer, told the state that it was insensitive and disturbing to the fishing fleet in Newport to joke about crew going overboard, especially in light of the fact that earlier this month two people were killed when their fishing boat capsized.

In response, the Oregon Health Authority pulled the commercial and apologized, saying, "Oregon Health Authority is incredibly sorry to hear about this loss and we wish the families involved our heartfelt condolences. This ad was produced and filmed in early January, well before the recent accident on the Oregon coast. In light of the accident, we understand the concerns it raises in coastal communities."

This incident highlights the dangers associated with joking about accidents, natural disasters, and other tragic events in advertising.  While the commercial, standing alone, may not have seemed insensitive to the creators at the time when it was produced, when viewed in a larger context, or in the context of current events, some felt that it crossed the line.

"This ad was produced and filmed in early January, well before the recent accident on the Oregon coast" 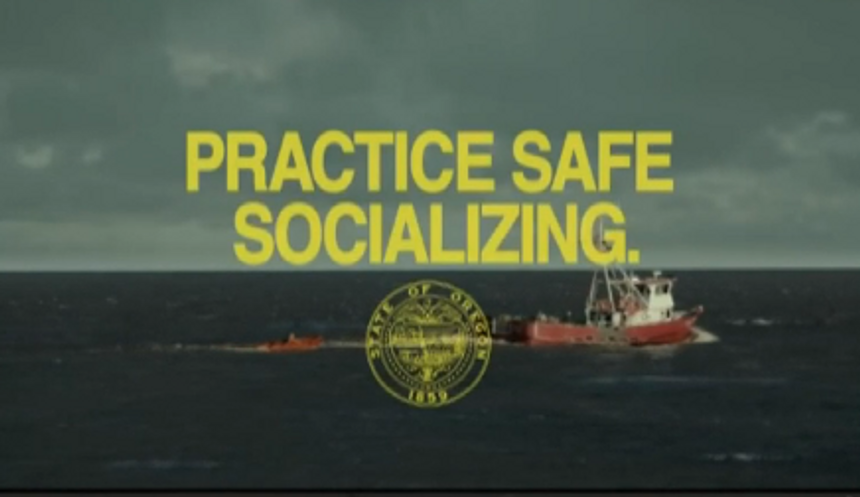