It’s the last few days of February and Black History Month is winding down to a close. We’ve seen publicity for a lot of brand initiatives, of all kinds, intended to support communities of color, like Uber’s Black Businesses Matter Matching Fund; Amazon’s Buy Black program; and McDonald’s Black & Positively Golden Scholarship Fund, to name just a few.

Programs have varied: some programs simply aggregate Black-owned businesses or brands on a platform in order to highlight them and encourage consumers to shop at those businesses; some designate a portion of sales to Black-owned initiatives; and some limit eligibility into contests or other programs to Black entrants.  As a consumer, and simply as a sentient being with awareness of the history of race and discrimination in this country, I applaud all of these programs.  The more the better.  And as an advertising lawyer, I think about how best to structure them and the issues that advertisers face in implementing them.

First, as with all campaigns, does your campaign adequately communicate its terms and conditions?  If the program requires a certain type of purchase by a fixed deadline to trigger a donation to a charity, for example, are those requirements clearly and conspicuously stated?  Are there any limits to the program, like a cap on contributions and, if so, is that cap clearly stated and will consumers know when the cap is reached? While all consumer incentive programs must be clearly described, high profile programs with a charitable tie-in are likely to be scrutinized that much more closely. Moreover, depending on what's entailed, they may be specifically regulated by the states as “commercial co-ventures”.

As we’ve blogged about before, commercial co-venture programs require a contract between the for-profit entity and the charity; registration and bonding by the for-profit entity in a few states; registration to solicit by the charity in the states where the program will run; and clear disclosures of the time period during which the consumers’ actions will trigger a donation, any minimum or maximum donation amounts, and where consumers can learn more about the charity.  Also, if the messaging says that consumers’ purchases will impact how much is donated, it's important that the contract with the charity not include a fixed donation amount!

Second, are you making claims that you can substantiate?  If your company, as part of a specific Black History Month initiative, claims to have a history of support for, say, Black-owned businesses, can you back that up?  Scrutiny will be intense and social media will be merciless if you are making broad but unsubstantiated statements about your company’s history of supporting social justice programs and communities of color.  You could even face a false advertising claim.

Third, who can participate in the program?  For example, if the program is a contest intended to highlight Black-owned businesses, how is “Black-owned” defined?  And is eligibility going to be actually limited to Black participants?  While legal challenges to consumer programs intended to benefit historically discriminated against communities are infrequent, they are not unheard of.  Incentive programs limiting eligibility to women or people within a certain age group have even be the subject of the occasional lawsuit.  While it is far from clear that anti-discrimination laws can and should be used for such challenges, one need only read the comments on brand websites about these initiatives to know that not everyone supports them.  Brands should be brave but aware of potential blow back.

Finally, though not a legal issue, it’s certainly a very important one: will the brand’s program resonate or sound the BS alarm with the public?  A brand not known for, say, good labor practices may face skepticism, or worse, when launching a social purpose initiative.  Purpose advertising is ubiquitous but requires resolve.  You don’t get to support Black communities just one month out of the year.

(Description of graphic for visually-impaired readers: text saying Black Lives Matter with a drawing of a raised fist.) 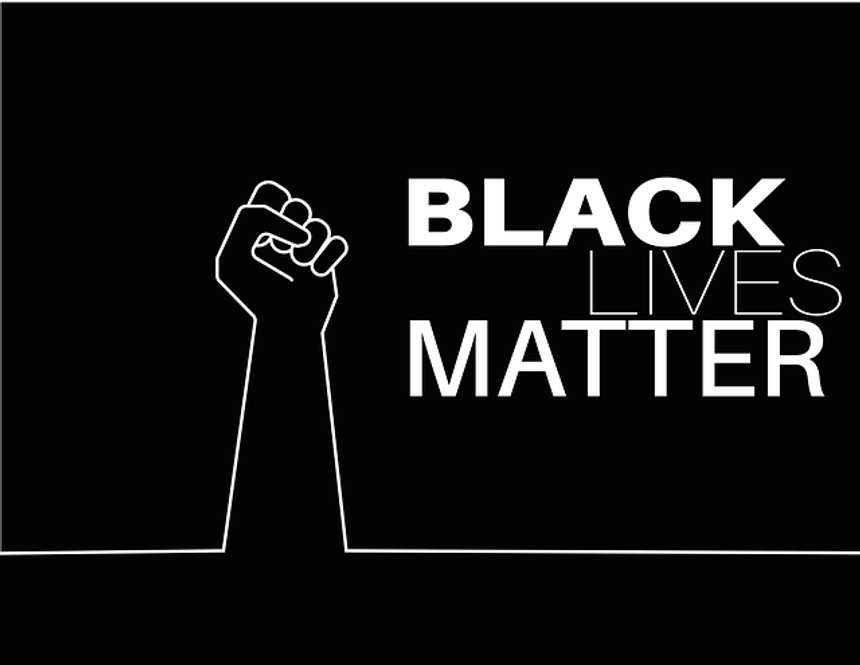